The study is published in elife. In 2016, scientists from the Evolutionary Studies Institute (ESI) at the University of the Witwatersrand in Johannesburg, South Africa, travelled to the European Synchrotron Radiation Facility (ESRF) in Grenoble, France, to scan the complete skeleton of a small, 200-million-year-old plant-eating dinosaur. The dinosaur specimen is the most complete fossil ever discovered of a species known as Heterodontosaurus tucki. The fossil was found in 2009 in the Eastern Cape of South Africa by study co-author, Dr Billy de Klerk of the Albany Museum, Makhanda, South Africa. “A farmer friend of mine called my attention to the specimen,” says de Klerk, “and when I saw it, I immediately knew we had something special on our hands.” 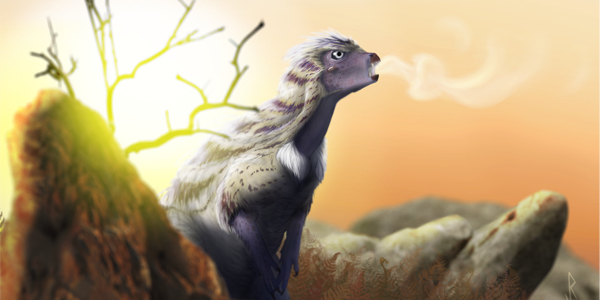 The team of scientists used scans and new algorithms to virtually reconstruct the skeleton of Heterodontosaurus in unprecedented detail, and thus show how this extinct dinosaur breathed. “This specimen represents a turning point in understanding how dinosaurs evolved,” explains Viktor Radermacher, lead author and former Wits Masters student at the ESI (now at the University of Minnesota, USA).

Mammals, birds, and reptiles all move air through their lungs in different ways. For example, mammals use a diaphragm, lizards use rib movements, and birds rely on rocking their breastbone. However, it has been a mystery to scientists how the herbivorous dinosaurs known as Ornithischians moved air through the lungs, since they have a very different anatomy to other dinosaurs. This study found that Heterodontosaurus was using its oddly shaped ribs connected to its sternum to breathe, but that it also showed the first steps towards a muscle attached to the hips that would inflate the lung – similar to how crocodiles breathe.

Heterodontosaurus is one of the oldest and first-evolving Ornithischians, the group that includes favourites like Triceratops, Stegosaurus, and duckbilled dinosaurs. "We've long known that the skeletons of ornithischian dinosaurs were radically different from those of other dinosaurs," explains Dr Richard Butler, from the School of Geography, Earth, and Environmental Sciences, University of Birmingham, UK. "This amazing new fossil helps us understand why ornithischians were so distinctive and successful", he adds. 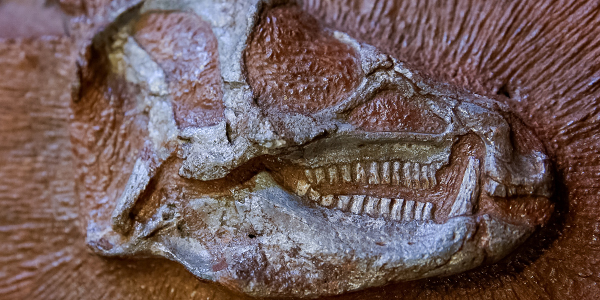 This study is the result of a long-standing collaboration between palaeontologists based in South Africa and at the ESRF, where non-invasive techniques have been developed specifically for palaeontological studies. “You could only do this study with a synchrotron,” says Vincent Fernandez, co-author and scientist at the Natural History Museum in London, UK. “The characteristics of the ESRF’s X-rays, combined with its high energy beamline configuration, made scanning this complete turkey-sized dinosaur possible”.

This is a perfect example of how diversity in the life around us shows that there isn’t a single solution. There are many ways to achieve the same breath.

Authors Viktor Radermacher, Kimberley Chapelle, and Jonah Choiniere were supported by grants from the NRF-African Origins Platform, Centre of Excellence in Palaeosciences, and the Palaeontological Scientific Trust. South African participation in the ESRF, the European synchrotron, is supported by the NRF and DSI.