The blame game: Putting a pandemic on the pangolin

Is blaming a threatened species for a global pandemic not an indictment of our environmental conscience? 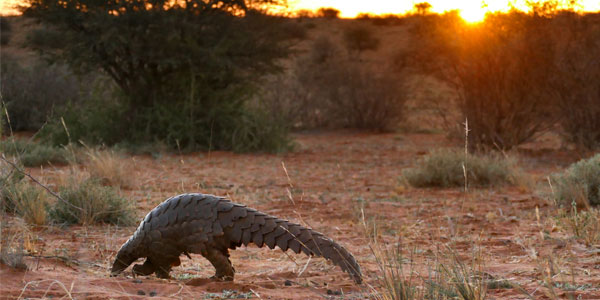 When the SARS-CoV-2 virus first emerged in the media in late December 2019, warnings of the highly transmissible virus were accompanied by photos and videos of Chinese wet markets, from which the virus was rumoured to have originated. The wet markets showed graphic imagery of animals and animal body parts strewn across unwashed counters, and was immediately met with outrage and widespread condemnation.

In many cases, the videos being shared were not even of Chinese markets, but markets in Indonesia. As research on the issue began in earnest, it emerged that the virus may not even have originated from a wet market. This was just the beginning of the spread of Covid-19 related misinformation and fake news in the media.

Zoonotic diseases (those passed from animals to humans) have had a long history of impact on human populations. From vector-borne diseases such as West Nile virus and bubonic plague, to diseases that stem from direct contact or the consumption of animals and their by-products, such as Ebola and brucellosis, our purposeful or accidental interactions with animals have caused the loss of millions of human lives.

The largest global pandemic to have ravaged our species in recorded history is the Spanish Flu, which according to the Center for Disease Control and Prevention, claimed the lives of approximately 50 million people. The origins of this virus when it spread around the world in 1918 was a mystery, and only later did it emerge that the H1N1 virus that was behind the Spanish Flu had an avian [bird] origin, and most likely reached humans through interactions with, or consumption of pigs.

“Most emerging diseases today have animal origins. As many as 75-80% of new diseases come from animals,” says John Frean, Associate Professor in the Wits Institute for Malaria Research and a pathologist in the Centre for Emerging Zoonotic and Parasitic Diseases in the National Institute for Communicable Diseases.

“With genetic technology as advanced as it is today, it is possible to compare the genome of a virus found within humans, to viruses sequenced in other organisms to determine where the likeliest origin might be,” explains Professor Lucille Blumberg, Wits Medical School alumna, 2020 honorary Wits honorary doctorate recipient, and Deputy Director at the NICD. It was a simple matter then, to sequence the genome of the novel SARS-CoV-2 virus and to find out the likeliest source of the disease. However, despite the technology available to us, there is still room for error and confusion.

The first inklings of research identified bats as likely intermediate hosts for the SARS-CoV-2 virus, and research papers from previous years that warned of the possibility of coronaviruses spilling over from bats to humans became widely shared across social media. A few months later, new research purported to pinpoint the SARS-CoV-2 virus as having a potential pangolin origin. Quickly, however, this research was realised to be flawed, and acknowledged as an “embarrassing miscommunication” by the scientists involved.

But as with most forms of ‘news’ in the digital age, once it has been put out on the internet, it is very difficult, nigh impossible, to retract. As the blame shifted from animal to animal, what were the potential impact for these species? “Being identified as a reservoir species for a highly communicable virus can afford an animal some protection but can also result in the unnecessary culling and destruction of animals,” says Blumberg.

Professor Mary Scholes, from the School of Animal, Plant and Environmental Sciences at Wits, recalls an experience that she had in the early 2000s.

“When we were doing research in Zimbabwe, there was a call from President Robert Mugabe for pangolins to be brought to the presidential house in Harare.” These offerings were given as a sign of loyalty and respect for the former president, since in Zimbabwean Shona culture, presenting a leader with a gift of a pangolin is a highly honourable act. “This resulted in a widespread pangolin hunt, with people commonly walking around the veld looking for pangolins. This likely affected wild populations significantly over that period, perhaps even causing localised extinctions,” she says.

Knowing the effects that this kind of targeting can have on animal populations, Scholes is wary of the associations that have been made between pangolins and the Covid-19 pandemic, and how this affects them going forward.

“This call from the president likely affected wild populations significantly over that period, perhaps even causing localised extinctions,” she says.

The consumption of wild animal meat in South Africa does not come close to rivalling the bushmeat trade in other African or Asian countries. However, “it is an economic reality in South Africa that some people do rely on wild animals for food,” says Frean. “Based on our current socioeconomic system, farm-produced food is not readily available everywhere.”

Animals and animal body parts are also commonly consumed in traditional medicine practices in South Africa, although these tend to be far more benign. “There is much less risk from consuming dried-out body parts than fresh animal flesh, simply because pathogens do not typically survive as well on dried out material,” says Frean.

Professor Mbulaheni Simon Nemutandani, Head of the School of Oral Health Sciences at Wits has worked with indigenous traditional healers for over 20 years. “Registered traditional healers take necessary precautions to ensure the safety of the material with which they work. Of course, just as in Western medicine, there are quacks that are not registered and do not follow guidelines. This is where risks might come in,” he says.

The onus is on us

Blumberg cautions against thinking that we have to look to traditional medicine markets or bushmeat for the next zoonotic disease. “Through modern agriculture, we consume animals all the time and contract zoonotic diseases all the time. Antibiotics are widely utilised to try to keep animals disease free, but they aren’t always 100% effective. There are still new diseases emerging all the time from cows, pigs and chickens.”

So as much as humans like to point the blame towards others in the food chain, the onus really is on us to be more cautious and thoughtful about how we interact with the species with whom we share our world.

“The less we encroach on wild habitats and interfere with wild animals, the less chance we have of experiencing these spill overs in the future,” says Blumberg. “A healthy environment means healthy animals, and healthy humans.”