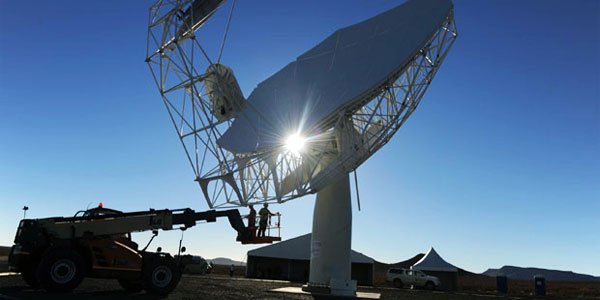 The Pan-African Planetary and Space Science Network (PAPSSN), of which Wits University is a member, has been awarded a grant of 1.4 million Euros funded by the European Commission.

Wits played a key role in securing this funding from the European Commission’s Education, Audiovisual and Culture Executive Agency (EACEA) that manages the Intra-Africa Academic Mobility Scheme, a project that supports higher education cooperation between countries in Africa.

The complexity of Planetary and Space Science-related scientific problems requires highly skilled university lecturers and technical staff to boost the growth of capacity and contribute towards human capital development. The PAPSSN will create skilled workers and STEM (science, technology, engineering and mathematics) entrepreneurs for the growing planetary and space science labour market.

The PAPSSN consortium will also act as an incubator for new collaborations among African institutions. It will create, for the first time in Africa, an integrated higher education programme for Planetary and Space Sciences at Master of Science (MSc) and Doctoral (PhD) level.

Professor Roger Gibson from the Wits School of Geosciences, who played an instrumental role in securing the funding, says the PAPSSN project builds on a long tradition of continentally-focussed capacity building and research network programmes in which Wits Geosciences is involved, including the Africa Array Geophysics Programme and, more recently, the Africa Initiative for Planetary and Space Sciences.

“Satellite-based remote sensing is a fundamental tool applied to a range of geosciences endeavours, from planetary geology on Earth and its neighbours to the exploration for and management of natural resources. The development of high-level skills utilising these technologies among next-generation African researchers is fundamental to our continent’s growth and prosperity and to the creation of a connected network of researchers and educators that can grow Planetary and Space Sciences into the future.”

“We are particularly enthused by the collaborative efforts that have emerged between institutions since 2018 around the falls of two meteorites in Botswana and Madagascar that have helped strengthen linkages, and look forward to further broadening of the network through similar studies of Africa’s meteorite heritage, which can act as a powerful educational tool to raise awareness of Science,” he says.

The Wits School of Physics is also involved in PAPSSN. “The Astronomy and Astrophysics group in the School of Physics participates in a number of key, high-priority collaborations, such as SKA and HESS, that require close coordination between African nations including South Africa. The PAPSSN project will contribute to the development of high-level skills among young STEM researchers in Africa through involvement in these collaborations, creating a foundation for continued growth in the future,” says Professor Andrew Chen from the School of Physics.

The development in Planetary and Space Science and Technology will lead to advances in technology literacy, security, safety, and productivity across a broad spectrum of activities. Many African countries have identified Planetary and Space Science as a stepping-stone for the modernisation of their economy and for practical uses; monitoring of land-use cover change, climate change, drought, hydrology, and natural disasters.

The introduction of Planetary and Space Science in the African tertiary education system will boost modernisation of the programmes, introduce new scientific problems and cutting-edge technologies designed for space and planetary exploration within African Higher Education Institutes and Industries. Planetary and Space Science will excite the imagination of the public and stimulate the interest of the youth in STEM locally, regionally at a global level.

About the Pan-Africa Planetary and Space Science Network

The PAPSSN aims to create a continent-wide mobility scheme for students, academic and support staff that harbors interests into the Planetary and Space Science discipline, led by a team of experts from a consortium of Higher Education Institutes across Africa including Botwana (BIUST), South Africa (University of the Witwatersrand), Ethiopia (Addis Ababa University), Nigeria (University of Nigeria Nsukka), Zambia (Copperbelt University), and a technical partner from Italy (University of Bologna).

The PAPSSN will improve the employability of graduate students through a mobility programme that will prepare them for leading roles in the future science and technology market that is expected to develop across Africa over the next decade. It brings excitement for all who harbour some interest for the study of the mysteries of planets and of the outer space. The project will play a pivotal role in stimulating the interest in space science technology across the planet science and education sector, through staging research and innovation technology advances.