The Gold Medal from the South African Institute of Physics is the greatest distinction that is conferred in South Africa for achievements in Physics. 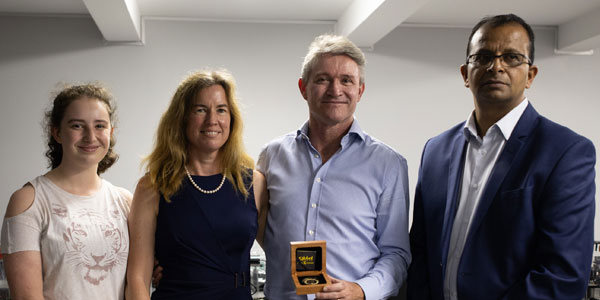 Wits University’s Professor Andrew Forbes has won the 2020 Gold Medal from the South African Institute of Physics (SAIP). At 50, Forbes is the youngest winner ever of this award. 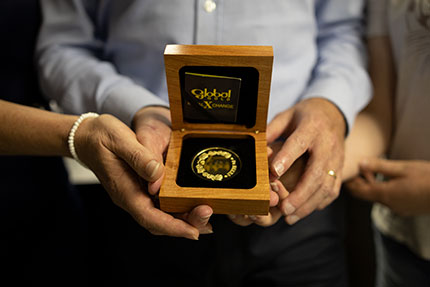 His recent research (2020) showed multi-dimensional entanglement transport down single mode fibres, breaking a paradigm in the quantum world about how fibres transport quantum states. His ideas on classically entangled light are considered visionary and has resulted in research showing the equivalence of classical and quantum states for quantum walks. Although initially controversial, these ideas are now the subject of a multi-million-dollar research strategy in the USA.

“Professor Forbes’ significant international reputation is evident in his recent appointment as Editor-in-Chief of the UK’s Journal of Optics, editorial board membership and guest editor status for several prominent journals, his election as a Fellow of the Optical Society of America (OSA) and the International Society of Optics and Photonics (SPIE),” says Professor Deena Naidoo, the President of the SAIP and Head of the School of Physics at Wits.

“His election as a member of the Academy of Science of South Africa and membership of numerous international conference advisory committees and advisory boards.”

Forbes holds a prestigious A-rating from the NRF and has presented more than 100 invited talks, including Plenary and Keynote addresses at major international events. He has served on the Executive of the SAIP and chaired the SAIP Photonics Division for several years.

Forbes has also made a huge contribution to the development of the next generation of South African physicists by sharing his expertise with a host of young graduates. He has supervised more than 40 graduate students, with a substantial majority being black or female.

“I feel like I’ve won gold at the Olympics,” says Forbes. “I started my career in a technology start-up, and now many years later I’m a Distinguished Professor at Wits working as an academic. What I am very happy about is the fact that the award recognises all of this, products mentioned alongside world-class science, because ultimately this is what South Africa needs: science to make a difference.”

“Professor Forbes has shown much ingenuity in thinking about light differently that has caught the imagination of many scientific groups from around the world. It is very inspiring for all of us, especially our students, to witness ground-breaking, world-class work in our midst, that continues to place Wits as a world leader,” says Professor Nithaya Chetty, Dean of the Faculty of Science at Wits University.

“Andrew’s research record is outstanding producing publications with high impact in journals such as Nature Photonics. Andrew has excellent relationships with students and collaborators and his contributions to human capital development, student training and service to the community are outstanding. He is a dynamic and champion researcher in the School of Physics, the university, an inspirational scientific leader in South Africa and internationally,” says Naidoo.

“We are very proud of Andrew’s achievements and fully support his future endeavours.”

Forbes received the award at a ceremony at Wits University on 24 November.