Early unblinding of the of long-acting cabotegravir (CAB LA) is a milestone for prevention of HIV among women in sub Saharan Africa.

Researchers from the HIV Prevention Trials Network (HPTN) announced today that data from the clinical trial of the pre-exposure prophylaxis (PrEP) regimen of long-acting cabotegravir (CAB LA) injections once every eight weeks was safe and superior to the daily oral tenofovir/emtricitabine (TDF/FTC), currently used for HIV prevention among women in sub Saharan Africa.

The trial, known as the HPTN 084 trial was headed by Dr Sinead Delany-Moretlwe, a research professor at the University of the Witwatersrand, South Africa and director of research at the Wits Reproductive Health & HIV Institute (Wits RHI).

This finding was made on November 5, 2020, during a planned interim review of the HPTN 084 study data by an independent Data and Safety Monitoring Board (DSMB). Consequently, the DSMB recommended that the study sponsor ― the National Institute of Allergy and Infectious Diseases (NIAID), part of the National Institutes of Health ― stop the blinded phase of the trial, which was originally designed to continue through 2022, and share the results. NIAID has accepted the DSMB’s recommendations and is releasing the results now to serve the interests of public health. The study investigators will report more detailed information about the study findings, including more comprehensive data, as soon as feasible.

“The results from HPTN 084 are incredibly important for women in Africa where lowering HIV incidence remains a priority,” says HPTN 084 protocol chair Delany-Moretlwe. “We know that adherence to a daily pill continues to be challenging, and an effective injectable product such as long-acting CAB is a very important additional HIV prevention option for them. We are grateful to the women who volunteered for this study and the research staff, as this study would not have been possible without their commitment to HIV prevention.” 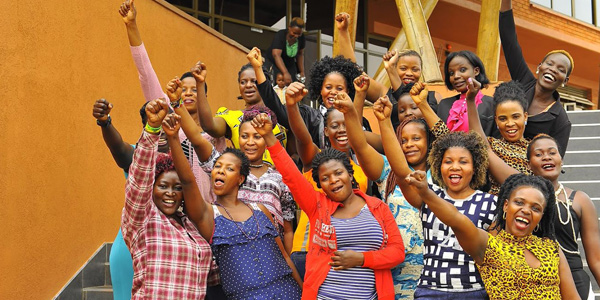 Overall, HPTN 084 enrolled 3,223 cisgender women at research sites in Botswana, Eswatini, Kenya, Malawi, South Africa, Uganda, and Zimbabwe. Fifty-seven percent of the participants were under the age of 25, the average age of participants was 26 years, 82% were not living with a partner, 55% reported two or more partners in the past month, and 34% reported having a primary partner who is living with HIV or having an unknown HIV status.

Approximately nine times more incident HIV infections occurred in the TDF/FTC arm than in the CAB arm. These results meet the statistical criteria for superiority of CAB LA compared to TDF/FTC in the HPTN 084 study population. The higher than expected level of adherence to TDF/FTC throughout the study and overall low incidence rate in both arms of the study clearly demonstrate both drugs were highly effective at preventing HIV acquisition

Wits University has long been recognised as a global leader in HIV research and has contributed a vast amount of knowledge in the fight against the pandemic.

“This announcement demonstrates the important role that research entities and research-intensive universities play in transforming society and saving human lives. Universities like Wits continue to generate high-quality, locally-relevant knowledge that match and exceed global standards. Congratulations to the Wits RHI team for leading world-class research from Africa that addresses the burden of disease on the continent – this incredible breakthrough will certainly save the lives of many women living in sub-Saharan Africa, and beyond,” says Professor Zeblon Vilakazi, Vice-Chancellor and Principal Designate of Wits University.

“In the past 30 years, Wits researchers and clinicians have been at the forefront of the global fight against HIV. The outcome of this research is again a confirmation that South Africa has the ability to compete and collaborate with the best in the world. It is research such as this that will contribute to saving and improving the lives of millions of people around the world – and especially in Africa. This outcome makes all the time, hard work and money invested in research efforts truly worthwhile,” says Professor Martin Veller, Dean of the Faculty of Health Sciences at Wits University. “The remarkably low risk of becoming infected by HIV while on long-acting cabotegravir amongst study participants makes this modality of prophylaxis clinically, very attractive.”

The HPTN 084 results, along with the recent positive opinion of the dapivirine (DPV) ring by the European Medicines Agency (EMA) represent a real opportunity to change the course of the HIV epidemic for women in sub-Saharan Africa.

“These results are a milestone for prevention of HIV among women at risk of HIV worldwide and especially for women in sub Saharan Africa. If we are to turn the tide on the HIV epidemic, we will need prevention options that work for women in sub-Saharan Africa. These findings provide great hope and motivation for additional studies to show safety an acceptability in adolescents, pregnant and breastfeeding women,” says Professor Helen Rees, Executive Director of Wits RHI.

Earlier this year, a sibling study called the HPTN 083 clinical trial showed that a PrEP regimen containing CAB LA injected once every eight weeks was superior to daily oral TDF/FTC for HIV prevention among cisgender men and transgender women who have sex with men.

“The results from HPTN 084 along with the HPTN 083 results released earlier this year show how far we have come in the fight against HIV. A highly effective product like CAB LA that does not require a daily pill can be an important part of ending the epidemic globally,” says Dr Myron Cohen, HPTN co-principal investigator and director of the Institute for Global Health at the University of North Carolina in Chapel Hill.

The HPTN 084 study is jointly funded through a unique partnership of NIAID, NIMH the Bill & Melinda Gates Foundation, and ViiV Healthcare. Study drugs are provided by ViiV Healthcare and Gilead Sciences, Inc.

The HIV Prevention Trials Network (HPTN) is a worldwide collaborative clinical trials network that brings together investigators, ethicists, community members and other partners to develop and test the safety and efficacy of interventions designed to prevent the acquisition and transmission of HIV. NIAID, NIMH, Office of The Director, and NIDA, all part of NIH, co-fund the HPTN. The HPTN has collaborated with more than 85 clinical research sites in 19 countries to evaluate new HIV prevention interventions and strategies in populations that bear a disproportionate burden of infection. The HPTN research agenda – more than 50 trials ongoing or completed with over 161,000 participants enrolled and evaluated – is focused primarily on the use of integrated strategies: use of antiretroviral drugs (antiretroviral therapy and pre-exposure prophylaxis); interventions for substance abuse, particularly injection drug use; behavioral risk reduction interventions and structural interventions.

Professor Sinead Delany-Moretlwe, MBBCh PhD DTM&H is Professor and Director: Research at Wits RHI at the University of the Witwatersrand, Johannesburg. A South African-born medical doctor, her research has focused on the intersections between sexual and reproductive health (SRH) and HIV, especially in adolescents. She has worked on several phase III trials of new HIV prevention technologies, including PrEP and is currently protocol chair of a phase III trial of injectable cabotegravir for HIV prevention in women affiliated to the HIV Prevention Trials Network (HPTN 084). A key thread of all her research has been successfully taking HIV and sexual and reproductive health interventions to scale within the South African and African context. She is an advisor to the South African National Department of Health PrEP technical working group and serves on several WHO and other advisory committees.