African savannas are renowned for their huge diversity of wildlife, yet some animal species are much more abundant than others. What causes these differences?

For herbivore species – plant-eating animals like antelope, zebra and elephants – the challenge lies in both obtaining enough food to eat throughout the year, while also avoiding predation by carnivores. 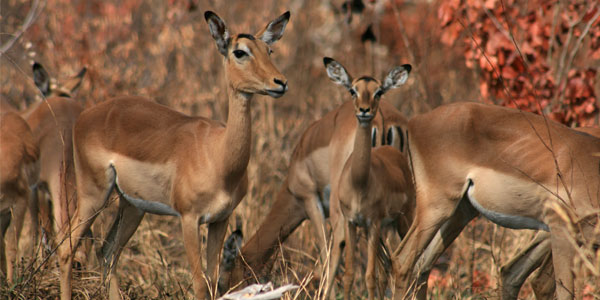 One way to obtain enough food – and which works extremely well in places like the Serengeti – is to migrate over long distances and track the areas where the best food is available through the seasonal cycle. This works best for grass eating or ‘grazer’ species such as wildebeest and zebra.

On the other hand, being extremely large like an elephant greatly reduces predation risk, with their big bodies also meaning that they can eat whatever they like, because there is lots of time to digest foods as they move through their long gut system.

So why then are impala by far the most abundant herbivore in a place like the Kruger Park? These are animals that do not migrate, and they are also only medium-sized at best.

Recent research published in Science Advances by Professor Carla Staver from Yale University and Dr Gareth Hempson from University of the Witwatersrand has shed new light on this question. 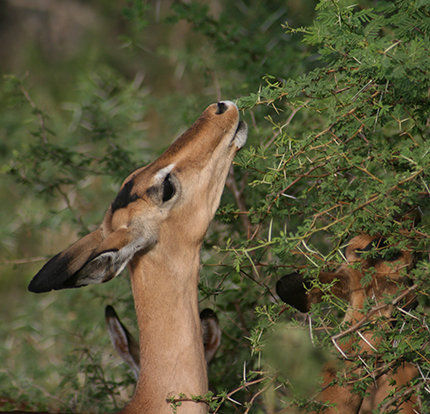 “The key insight emerging from our research is that species like impala do actually migrate, although not in the sense you would expect,” says Dr Hempson. “For impala, the migration they undertake is a ‘dietary migration’, where they switch from eating mostly grass in the wet season, to eating more tree leaves or ‘browse’ during the dry season. This ‘mixed feeding’ strategy makes a huge amount of sense, because grasses tend to be higher quality and more abundant food in the wet season, but trees tend to stay greener much longer into the dry season and become the better food source then.”

Theoretical models show that for this ‘mixed feeding’ strategy to work, the costs of switching between food sources must not be too high. For example, the mouth shape of a hippo is excellent for consuming lots of grass quickly, but terrible for picking green leaves out of a thorn tree. Similarly, giraffe are better off sticking to browsing from the treetops. The models also suggest that for the mixed feeding strategy to be advantageous, the ‘best’ food type must change from season to season. This is typically the case for grass versus browse in savannas.

Animal census data from 18 protected areas in East and southern Africa show that being a mixed feeder does indeed have a strong positive effect on species abundances in savannas, regardless of body size. In fact, the abundance of mixed feeders is rivalled only by migratory grazers, suggesting that switching your diet from season to season – either in terms of what you eat, or where you eat – is fundamental to achieving high population sizes.

But what of the benefits of being large-bodied like an elephant? This research suggests that part of the reason why elephants can become abundant is in fact due to their broad, mixed diets, but the anti-predation benefits of being large almost certainly still stand. However, outsized human poaching effort on very large species such as rhino and elephant mean that we have little idea of just how abundant they really can be. 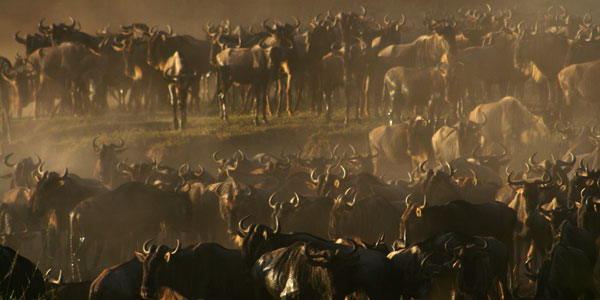 The findings of this research have important implications for the management and conservation of increasingly threatened herbivore populations, and for our understanding of the ecology of savannas more broadly. For example, land use change and the shrinking space available for animal movement means that mixed feeders – who can switch their diet in situ – are likely to fare better in future than species that historically would have moved long distances to obtain different food sources. Mixed feeders may also come to play an increasingly important role in mitigating woody encroachment – the rapid increase in tree density in many savannas linked to rising carbon dioxide levels – thus maintaining more open, grassy spaces to the benefit of grazing species.

“So, next time you’re in the Kruger Park and becoming bored of seeing only impala, take a moment to reflect that you are witnessing the outcome of a migration that rivals that of the Serengeti wildebeest – an extraordinary seasonal dietary migration from grass to browse,” says Hempson.

The research is published in Science Advances, with the title “Seasonal dietary changes increase the abundances of savanna herbivore species”.