Durand uses cell death as a lens through which to examine the interconnectedness of life and death. 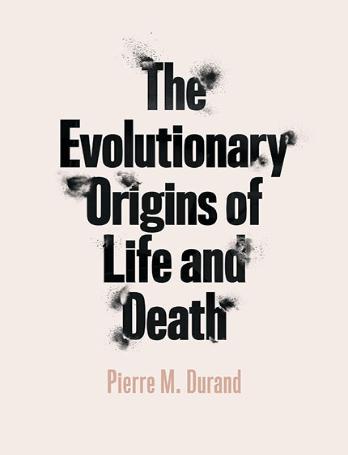 Wits researcher Pierre M. Durand from the Evolutionary Studies Institute has written a book on the evolutionary origin of life and death.

In biology the origin of life and the inevitable association with death is one of the greatest mysteries. In all science and philosophy the question of why an individual would actively kill itself has long been an evolutionary mystery.

Durand’s book delves into this question through close inspection of life and death in the earliest cellular life.

As Durand’s book shows us, cell death is a fascinating lens through which to examine the interconnectedness, in evolutionary terms, of life and death. It is a truism to note that one does not exist without the other, but just how does this play out in evolutionary history?

These two processes have been studied from philosophical, theoretical, experimental, and genomic angles, but no one has yet integrated the information from these various disciplines. In this work, Durand synthesises cellular studies of life and death looking at the origin of life and the evolutionary significance of programmed cellular death.

The exciting and unexpected outcome of Durand’s analysis is the realisation that life and death exhibit features of coevolution.

“The evolution of more complex cellular life depended on the coadaptation between traits that promote life and those that promote death,” says Durand.

“In an ironic twist, it becomes clear that, in many circumstances, programmed cell death is essential for sustaining life.”

The book was published by the University of Chicago Press and is available here.