What’s the best thing you can do for your brain today? Move! 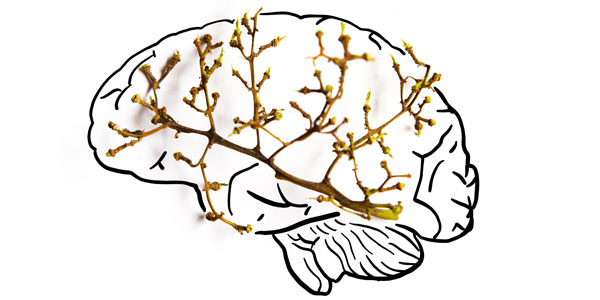 This approach isn’t wrong, but it neglects a basic physiological fact: The brain is a muscle, and like any other muscle, it also needs physical exercise to grow. Exercise is so important to brain health that Dr Georgia Torres, Lecturer in the Wits Centre for Exercise Science and Sports Medicine (CESSM), goes as far as to say that “no other intervention can do for the brain what exercise does”.

Cardiovascular exercise, says Torres, has been proven to regenerate brain cells in the prefrontal cortex (responsible for personality, decision-making, attention and focus) and hippocampus (critical in the ability to form and retain long-term memories). “Just like a trained muscle becomes bigger with exercise, these brain regions increase in volume with long-term exercise, improving attention and focus. It also has a protective effect against degenerative brain diseases like dementia.”

Long-term research has focused on the benefits over 12- to 20-week periods, but even just one sweat session has been shown to improve focus, attention and reaction times, with the effects lasting up to two hours.

Exercise also immediately improves mood through increased levels of neurotransmitters like dopamine, serotonin and noradrenalin, dubbed the ‘good mood-hormones’. “Using the Hamilton scale of depression, studies have shown that exercise can decrease depressive feelings by 47% in people who aren’t on medication. For those on anti-depressants, the effect is even greater,” says Torres.

The benefits vary with the amount and intensity of exercise, but Torres recommends 150 minutes a week of any exercise that increases the heart rate.

Exercise isn’t the only natural way to improve brain health. Dr Sandra Pretorius-Koen, registered dietician, collaborator at CESSM, and a programme manager at INMED SA, which helps vulnerable children, says the food you eat can either help or harm your brain – and your mood. “A poor diet is not only linked to the rise in obesity and lifestyle diseases, but also to depression and other mental health disorders. Diets high in processed and refined foods, especially sugars, are harmful to the brain and can impair the immune system – increasing the risk of depression.

“On the other hand, a diet high in vegetables, fruits, fish (especially oily fish such as sardines or tuna), whole grains, lean meats, nuts and legumes, nourishes the brain and protects it from free radicals, which have been linked to mental disorders.”

In addition, about 95% of serotonin is produced in the gastrointestinal tract, and its production is highly influenced by the billions of ‘good’ bacteria that make up the intestinal microbiome. “Studies have shown that probiotics (which help keep gut bacteria populations healthy) can improve anxiety levels, perception of stress and mental outlook,” says Pretorius-Koen.

A healthy diet is a great starting point, but certain nutritional supplements can give brain health an extra boost, she adds. “Studies suggest that some supplements can improve the management of mental disorders. These include omega-3 fatty acids, S-adenosyl methionine (SAMe), N-acetyl cysteine (NAC), zinc, B vitamins (including folic acid) and vitamin D.”

Torres is also Chair of the South African chapter of the Exercise is Medicine Initiative, founded by the American College of Sports Medicine. Its Exercise is Medicine on Campus-programme this year awarded Wits a silver level designation for its efforts to create a culture of wellness on campus. The Initiative also aims to make exercise a treatment tool for chronic diseases. “Current research is looking at how exercise could become a mainstream medical, and even pharmacological recommendation, as for example, part of the treatment protocol for high blood pressure,” says Torres.

Unfortunately, the world is not quite there yet. South Africa has many obstacles on the road to this ideal, particularly when it comes to mental health. Dr Catherine Draper, a Senior Researcher at the Wits Developmental Pathways for Health Research Unit, says while mental health is now treated more intentionally and spoken about more openly, it still carries a lot of stigma in South Africa.

“But exercise is simply not a priority for a very large part of the population. Our research shows that people often don’t have enough time, don’t know where to start, or don’t have access to experts and facilities,” she says. “When you’re struggling to put food on the table, feel unsafe in your daily life, or have mental health issues as a result of economic challenges, exercise is not a priority. Experts must be sensitive to these issues when making recommendations.”

Torres adds that, at least for now, another issue is at play. “For many, I think, exercise just seems like such a simple answer that they don’t (yet) take it seriously enough.”