COLUMN: Every lockdown has a silver lining, Schalk Mouton discovers as he roller-coasters through the emotional demands of living in isolation. 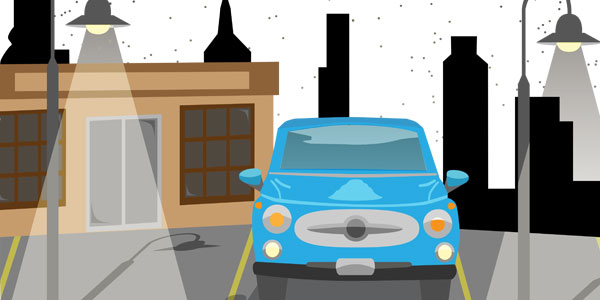 It is a cool autumn evening. I am alone in the car. Facemask on my nose. Coasting up a quiet, deserted road. It is just before curfew sets in. Quiet. Eerie.

I turn into a dark, deserted parking lot. The boom is up. There’s no need for security to patrol the area when no-one dares venture outside out of fear that a neighbour might post an incriminating pic of them contravening some silly rule on the local Whatsapp group. I stop the car and switch off the engine. In the dark, I dial a number on my phone.

“Hello,” answers a muffled voice. It sounds like someone trying to disguise his identity, but it’s probably from trying to breathe through the mask his grandma crocheted.

“It’s me …,” I say, not offering my name. The less information traded, the better.

“Just wait, I will come out.” The phone goes dead.

Time goes by slowly, during lockdown. The night is quiet again.

Some minutes – that feel like hours – later, a door opens. A man steps into the dark. His head covered with a black hoody. His face by a woolly pink and green facemask. I flash my headlights. Twice, as agreed. He hurries over, glancing left and right. A white plastic package is clenched in his fist.

The flicker of someone lighting a cigarette in a dark corner. As he reaches my car door, the hooded man glances over his shoulder. For an instant, I am sure he is going to run. I open the door, trying to distract him just enough to keep him from fleeing the scene.

“Here’s your food,” he says, peering over his shoulder.

I take the bag. We walk over to a dark corner to complete the deal. The noise as the credit card machine connects sounds like machine gun crackle in the night while the restaurant manager hides the faded blue light with his hands. He doesn’t even wait for the “approved” message before he turns and scurries back into his lair. The “thanks” I shout at the back of his head goes completely ignored.

The hard lockdown had lifted only a couple of days ago. My wife and I had decided to buy a meal from one of the local restaurants, to put something back into our savaged economy. To hopefully at least contribute towards saving someone’s job. I slowly drive back to the house, thinking just how much I hate our isolation. Not because we run the risk of getting arrested for walking our dogs, but because of the overwhelming mood it has placed over the country.

Like just about everybody else in the world, I have gone through various ‘mood swings’. My emotions dipping, flying and diving between optimism, determination, anger, satisfaction, frustration and depression. It is the latter I fear the most. It is a killer. Years ago, I promised myself I would never fall victim to that darkness again. In times like these, it is hard work.

A couple of days before the lockdown was officially announced, my boss told me to leave the office. “We don’t want to see you,” she said as my own Ally Mcbeal personality secretly thumped the air in victory. Packing up everything I needed to work from home, I thought to myself, “this is going to be fun!”

But sitting at home in my coffee-stained Batman onesie, while doing online team meetings with an increasingly horrifying hairdo, can be fun for only so long. On day two, work started piling up and the realisation set in that this wasn’t a free, unscheduled holiday. The workload mushroomed as colleagues’ communication needs grew and bored academics dreamed up weird, crazy schemes that would eventually turn up on my desk. By day four, exhaustion set in. Online Teams meetings grew longer, hairier and more tiring as colleagues, sitting in bed, no longer switched on their video feeds. I started counting down the days to when we would be allowed out of house arrest. Only 19 days to go!

By day seven, a vague feeling of wanting to throw something big, heavy and smelly at someone – ANYONE – set in. Then, the deep dark mood, followed by despair, determination and a little hysterical giggle. This, all before my first coffee of the morning. But I recalled Dr Imtiaz Sooliman of Gift of the Givers telling me during a trip to a warzone, that on every deployment, the eighth day is always the hardest. As they did then, his words gave me hope now. Just push through it.

Over 50 days later, like most South Africans, I have seen and felt it all. The combination of fear, anger and hatred in the eyes above the mask next to me in the shopping queue when I forgot my mask at home. The anger at the destruction of our already quivering economy. Friends’ frustration at not being able to do their daily exercise whenever they wanted to. The utter desperation after driving from shop to shop without finding any toilet paper. Relief at the general lack of populist politicians in the news, making nonsensical statements. The feeling of acting like a criminal when collecting a takeaway dinner …

Our world where people dream up plans to send people to Mars and take pictures of distant solar systems millions of light years away with remote cameras, was brought to a halt in a matter of weeks by one of the most primitive organisms on earth. Yet this has given me some hope. This little bug has given the world a much-needed and long-overdue jolt. It has us rethinking just about everything we do and how we will live our lives and interact with each other in the future.

Walking in the rush hour of morning exercise on the first day after the end of the hard lock-down, it was a joy to see our neighbours – people whom I’ve never seen in my life – out walking in the streets. Whole families! Together! Whether walking, running, or squeezed into tight 20-year-old cycling shirts and shorts plucked from under the mothballs the night before. Everyone smiling, greeting and happy.

It is as if the world has hit the reset button to remind us what is important. It has made us embrace new ways of doing things. Most of us have found a new way of working – and holding meetings – from home. The idea of getting into your car to drive to and from work every day is a distant memory.

While the lockdown has shown some worrying aspects of our society, it has also brought the good between people to the fore. Never, that I can remember, have neighbours been so caring of each other. People have offered to shop for those who can’t risk leaving their houses and have donated record numbers of food packages to the needy. Companies have not just cut clients’ fees, but actually given them cash to help them to survive. People have donated to crowdfunding schemes so that their local restaurants can pay workers’ salaries.

In future, restricted air travel will see us thinking twice about going abroad for a holiday or business meeting. Instead we will hopefully appreciate our own country a bit more – while rebuilding our economy. This behaviour is exactly what climate activists and scientists have been unsuccessfully pleading for, for years.

Covid-19 has forced us to hit the reset button and made us think again about our values – how we think, feel, behave and connect to the world and with each other. Hopefully it brings us as a nation and community a little closer to each other and makes us care more about the things and people that are important to us.