Is South Africa driving us mad?

We live in a state of constant high alert in South Africa. The effect on us is profound but an environment like this also builds resilience.

Although the #ImStaying movement that went viral on social media is mostly a “positive” group focusing on the beauty and the good things in South Africa, an important dilemma underpins the group’s existence.

Why would a reasonable person stay in a country where 58 murders occur each day, femicide is about 2.5 times higher than anywhere else in the world? Where Zuma-era political meddling and corruption crippled the economy and tore apart the social fabric? Where excessive levels of interpersonal violence plague our homes and communities, and where significant inequality and poverty are stubbornly intractable despite democracy’s lofty visions? 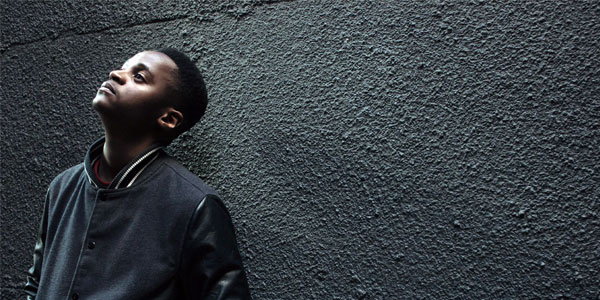 The psychological toll of the real and perceived problems in this country cuts across race, class and gender lines. The first nationally-representative study to gauge the country’s psyche, the South African Stress and Health Study (SASH), conducted between 2002 and 2004, although still relevant today, revealed that 75% of South Africans experienced at least one traumatic event in their lives and many were exposed to multiple traumas. ‘Lifetime prevalence’ of co-existing psychological disorders (such as anxiety with depression) was high. Findings show the ordinary person’s everyday life was literally driving them to drink, with alcohol and substance use disorders higher than all other psychiatric conditions.

“Most of the patients we see have what we call cumulative trauma,” says the Academic Head of the Wits Department of Psychiatry, Professor Ugasvaree Subramaney. She says women who stay in abusive relationships with men, for example, are constantly reminded of the trauma they have endured, and continue to suffer at the hands of the perpetrator. “Often these are women who rely financially on their partners and who are direct victims of gender inequality – prevalent phenomena in South Africa.”

Subramaney explains there’s no simple answer to the high rates of anxiety and depression in her patients, but the country’s violent past and present, use of firearms, high rates of motor vehicle accidents, and continued structural inequality and poverty all collide in a noxious mix.

“Interpersonal violence is really high in South Africa. I can’t think of a greater trauma than not feeling safe in your home and with the people who are supposed to look after your best interests,” says Subramaney.

The super drivers of violence

Professor Brett Bowman in the Department of Psychology at Wits explains the causes of violence are complex, multiple, and intersecting. Risk factors include social and economic inequality, patriarchal versions of masculinity, lack of social cohesion, alcohol, and firearms.

While many people growing up in harsh poverty and violent contexts do not necessarily resort to crime, socio-economic circumstances have been shown to be important determinants of vulnerability to violent behaviours across the world.

The relationship between poverty and intimate partner violence, for example, has been partly explained by findings that show that men who live in poverty are more likely to take on the masculine persona that reinforces control over women, who in turn become increasingly financially dependent on men. This locks women into fundamentally unequal relationships.

But it is social and economic inequality which proves to be the most obvious driver of violence in this country. In South Africa, “the use of violence is regarded as an attempt to address the experiences of being a ‘half-life’ or part-citizen in a country that occludes [obstructs] economic and social access. Violence then becomes a kind of currency to manage exclusion or seek inclusion,” says Bowman. 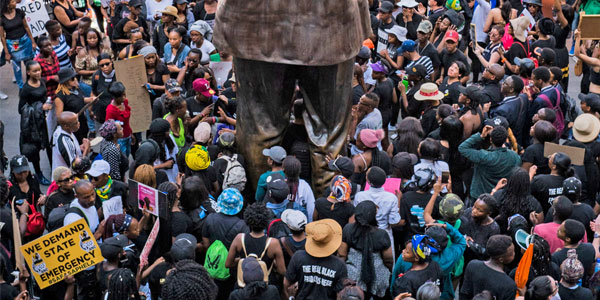 Moreover, poverty is “unbecoming” of a man in this society: “Patriarchy constructs men as breadwinners, providers, physically strong, emotionally resilient, and unconditionally powerful. In the context of South Africa, such roles often lie structurally beyond the grasp of many men. This tension between the ideals of manhood shaped by patriarchy and the structural constraints on fulfilling them appears to provide at least some of the catalytic conditions for addressing conflict violently,” says Bowman.

Professor Gillian Eagle in the Wits Psychology Department says merely hearing or reading about a violent crime is traumatic, and builds up over time, especially in South Africa where something horrific happens daily.

“The majority of South Africans are thus preoccupied with safety, especially at home, which means that mental energy is not used in meaningful and productive ways. The feeling of being under constant threat of attack has serious physical and psychological consequences, such as chronic anxiety,” says Eagle.

She notes that when people travel to places where they are able to safely walk the streets, they suddenly become aware of the angst they carry, and how their level of alertness is abnormal.

“In the latest DSM (Diagnostic and Statistical Manual of Mental Disorders), it includes the classification of people who have witnessed trauma or who believe they are at risk of attack. There’s no doubt that ‘vicarious’ trauma is indeed trauma.”

The burden of ‘black tax’

While crime and trauma are obvious causes of national angst, there is a relatively new phenomenon, known colloquially as ‘black tax’, which produces stress and mental illness amongst young black people.

Dr Thobeka Nkomo, Head of the Department of Social Work, explains that the legacy of apartheid plays out strongly in the “black tax” burden, where a person has to share their pay cheque with their extended family, leaving little or nothing for saving or investment.

“Even if a person earns a low salary, or has just graduated and has a new job, they are expected to provide. It’s very stressful, mainly because it’s just expected. People feel they must pay for being born,” says Nkomo.

She says the psychological stress associated with being a single breadwinner has been underestimated by the social work profession, especially in the context of isolation and little social support.

In a country where people are exposed to multiple traumas, family and community are often seen as buffers. “Our social context, however, is not always a containing space,” explains Eagle.

The idea of a containing space – or containment – is the psychotherapeutic concept where a parent acts as the ‘container’ for a child's rampant emotions. If a child feels contained, and therefore safe, they tend to be healthier adults. But containment expands outwards from the mother or primary caregiver, to the family, the community, and any ‘third space’, such as society. Something like a pandemic, a downgrade, loadshedding, or rising unemployment can threaten the inner sense of safety.

The criminal justice system, for example, often fails victims of crime from the moment they step into the police station, she says. Police officers, overwhelmed themselves, may appear apathetic and indifferent.

“I spoke to someone who was violently mugged. Her distress wasn’t so much focused on the actual event, but on people’s responses – no-one helped, and some even laughed. It’s a kind of betrayal that no-one cares to intervene on your behalf,” says Eagle.

Understanding these kinds of responses is complex, but Eagle believes the lack of natural support systems plays a part.

“There’s a lot of internal migration in South Africa, with people not staying long enough in one place to build up support systems and a sense of community.”

It doesn’t help either, notes Eagle, that people don’t feel “contained” by the government and by services they expect as citizens. Loadshedding, for example, adds to people’s anguish. “There’s a lot of angst about the failure of the state. Where can people actually feel safe and held?

While public spaces in other countries are ostensibly safer, Eagle says South Africans are generally warm and resilient people, and many are not out to hurt others.

“It’s important to have perspective – while we hear about crime and violence, which of course are real and relatively prolific, the rate of victimisation, especially in wealthier suburbs, is much lower than in poorer communities. I don’t think the glut of information is always helpful as it often doesn’t provide the bigger picture,” she says.

In psychoanalytic terms, things are never merely good or bad. “To be a resilient and mature person is to grapple with complexity. We are given that opportunity daily,” says Eagle.