How your tribe affects your vibe

We are influenced by those with whom we most closely associate, in terms of our ideologies, political positions and prejudices. Covid-19 exposed who we are. 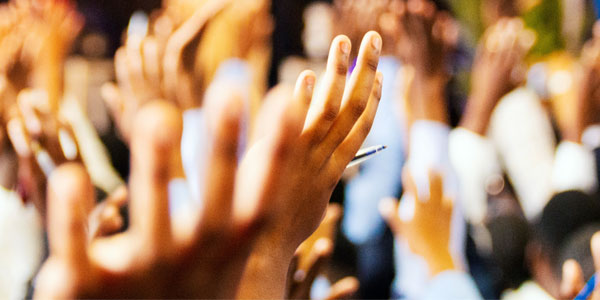 As a sociological phenomenon, our ’vibe’ – our experiences and ensuing behaviour – starts to develop on the day we are born.

From that day onward, we are socialised by our upbringing – our families and schooling, religious influences, and then further through our education and the media we consume. All of these play a critical part in shaping our outlook, and as we grow into adulthood we are exposed to a variety of ideas – in the workplace, through our colleagues, our friends, our leaders. Even the work environment can contribute to shaping how we see, understand and think of the world.

Professor Devan Pillay from the Department of Sociology at Wits says during the Covid-19 pandemic, one of the primary influences of our socialisation has created polarised political and economic views of the lockdown situation.

“This primary influence is class location,” says Pillay. “It affected people’s reactions and behaviour immediately. Especially in South Africa where inequality is vast. Different classes of people and how they view food was a telling factor.”

Rotisserie chicken and pies polarised those in the middle class. For the working classes in townships, this may not have featured as a critical issue, given that the informal shop owner selling hot food on the side of the road had already been unable to do so. But for the average Woolies Food patron, this became a major issue.

“If we look at the historical version of the word ‘tribe’, it has leanings to being locked into a particular situation – a village, or geographical version of family. In that family context, if we are embedded with only our biological families all of our lives, we would view the world in a particular way.”

In a cosmopolitan, modern world, our family is much wider than our loved ones. These families can range from co-workers, to our football club, and our religious context. That ‘tribe’ is always shifting in a modern context.

The contagion of crowds

“We have family chat groups right now while in lockdown. These have become more valuable for people. But not everyone likes the family and not everyone in the family has the same views. Some posts in these groups, you might be appalled by. Some are crazy conspiracy theorists. So, if we stay only within this particular family group, our outlook may be influenced by only these views, which is not ideal,” says Pillay.

This is a microcosm of what happens in larger communities. A case in point is the emergence of extremists and racial fanatics in the US after the election of Donald Trump as president.

“The world is a complex space and there is a lot of information out there. We can’t always emotionally or intellectually process these notions, so we follow those who we respect – this is the nature of dictators and religious fanatics. When people are more able to think rationally and have core education grounding, you might not have this extremist behaviour,” says Pillay.

The ideal, if it existed, would be a frame of reference that is free of prejudices and seeks scientific evidence-based perspectives that opens up our points of view to other perspectives.

“This is a difficult issue for some when they don’t have access to information, education and historical background necessary for avoiding [groupthink]. Then you can be influenced by crazy conspiracy theories, instead of that which is solidly grounded in fact.

One example is the conspiracy that Covid-19 is spread over 5G cellular networks, or politician Julius Malema’s claims that Public Enterprises Minister Pravin Gordhan is a racist and represents white monopoly capital. “If you have historical knowledge, you know that Gordhan was a key figure in the anti-apartheid movement. With 5G networks, you must have the ability and access to information that is science-based – including basic resources like data available to Google this – only then, do you have the basic ability to filter this information,” says Pillay.

Inequality can exacerbate groupthink. For instance, people who are on Twitter only and not on other forms of social media, because it is cheaper to access, are more likely to be susceptible to messages from phony religious leaders, self-prophets, even political leaders.

“With the current pandemic, we have been luckier in SA to some extent, than what happened in the US. Leading authorities can make a huge difference in creating awareness and understanding. Here, we have the president and the chief health authority informing the country. In America you had the country’s leader opening up the conspiracy debate. It has led to a health crisis,” says Pillay.

Professor Nicky Falkof, a cultural studies scholar in the Media Studies department at Wits University, has been stranded in the UK during the Covid-19 lockdown. “One thing that really struck me is the very different ways in which people have responded to the different stages of the pandemic. It is incredibly linked to ideology,” she says.

She, too, noted how class divided the South African reaction. “It is really interesting to see a lot of middle-class people who are wealthy, split between protesting for rotisserie chicken and, on the other hand, calling the police on their neighbours who walked their dogs illegally. The way they react to their personal freedoms being taken away and this anxious or paranoid self-policing, was definitely filtered through class lenses.”

She adds that the gathering of minds around conspiracy theories was comparable to the explosion of HIV rates a few decades ago. “Initially, there was the theory that white people or Europeans brought Covid-19 over to destroy Africans. We know this is [legitimate] in some ways [wealthy white travellers transmitted the virus], but the danger lies in the way it’s manifested – that [suggests] black people and the poor are not susceptible. Similarly, in other countries, there was the same narrative, including those from hardcore Trump supporters, that China invented this virus, or that it only affects Asian people.”

Falkof says the pandemic also showed how difficult it is to empathise and understand the enormity of the situation if it had not yet affected someone in your space.

“In the UK, people’s anxiety about poverty is being evened out by the health effects and death toll. In SA, people fearing the lockdown and the disease is different. While the death and infection rates are low, people are concerned about loss of business. For the informal sector, this means loss of capacity to feed children due to the lockdown. Fear of the disease is quite low. We haven’t dug mass graves, yet,” she says.

And she says, frames of reference mean that we have not heard enough from the informal sector. “Disturbing always that the loudest voices around are from those who can’t buy wine and walk dogs. Recycling reclaimers who are a significant part of the population and whose livelihood depends on the plastic they collect from suburban houses, aren’t being heard on whether they can eat or not.”

Falkof says this shows how “even a transnational crisis” is filtered through our own life experiences. “We aren’t always capable of thinking in a broader society. What is positive is that there is a collective mindset around solutions, too. The lockdown means we are doing the best for the collective rather than ourselves. This pandemic has given us an opportunity to rethink how society can learn and fix some of these issues.”

She adds, “Globally, the response to Covid-19 has been affected by our ‘tribe’ – a country’s reserves and standing really affects its outcome. In South Africa, despite having fewer reserves, there is hope in how the government has stepped up and taken control.” In other words, a tribe to be proud of.