Socialising is essential for brain health in the elderly in rural South Africa – has lockdown affected their cognitive function?

A Wits study found that older people with cognitive impairment reported smaller social networks and less frequent communication with others.

Cognition refers to processes of the brain that allows us to learn, remember and make decisions.

The findings are particularly relevant as 1 October marks the United Nations International Day of Older Persons. 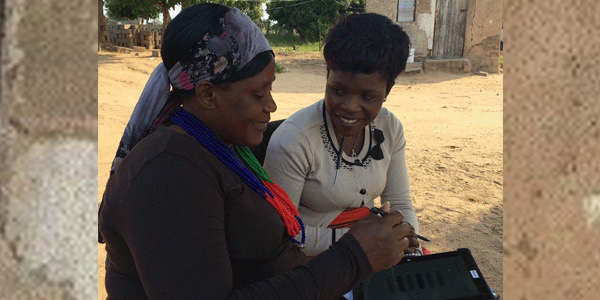 “South Africa is emerging from arguably one of the strictest lockdown responses to the Covid-19 pandemic worldwide. We know that Covid-19, the disease that made the lockdown necessary, disproportionately affects older [aged 40+ years] adults, especially those with co-morbidities, but it’s possible that Covid-19 has had, and continues to have, effects on older individuals’ cognitive function,” says Dr Ryan Wagner.

Wagner is a researcher at the South African Medical Research Council/Wits-Agincourt Research Unit in Mpumalanga, and co-author of the paper titled Social contact, social support, and cognitive health in a population-based study of middle-aged and older men and women in rural South Africa.

Did lockdown limit socialising and lead to cognitive decline and so to less socialising in future?

“Older people were especially isolated during lockdown, both in old-age care homes where no one was allowed to visit and trips outside were severely limited, but particularly old people living alone, who were afraid to go out or accept visitors,” says Wagner.

The study evaluated the responses of some 5000 people aged 40 years and older about their social connectedness, and linked their responses to cognitive tests.

Fewer social connections reported amongst the elderly with cognitive impairment

The results of Health and Ageing in Africa: A Longitudinal Study of an INDEPTH community in South Africa (HAALSI), of which the social contact study forms part, showed that older people with cognitive impairment reported smaller social networks and less frequent communication with others.

It may be that less frequent engagement is a reflection of people disconnecting because of the difficulty of engaging with an older person with cognitive decline, or that older people themselves find it difficult to maintain relationships as before.

“The patterns we found suggest that cognitively impaired older adults in this setting rely on their core social networks for support, and that theories relating to social connectedness and cognitive function developed in higher-income and higher-education settings may also apply in lower-resource settings elsewhere,” says Wagner.

If social connections protect against cognitive decline, then focussing our attention on maintaining connections through, for example, phone calls, old fashioned letter-writing, and visits as restrictions allow, might mitigate the effect of lockdown on our older people.