The role of the father in the family or, more specifically, his absence, has profound implications for the mental wellbeing of his offspring. 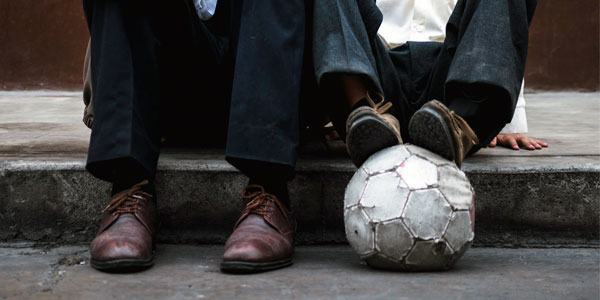 South Africa is reported to have among the highest prevalence of absent fathers in Africa, second only to Namibia. The country’s history of slavery, colonialism, apartheid, forced migration and the migrant labour systems took fathers away from their families, disrupted cultures, traditions, and South African families.

Today, many children grow up without fathers in southern Africa, says Mzikazi Nduna, Associate Professor in the Psychology Department in the School of Human and Community Development at Wits.

Nathane-Taulela says that there are variations of father absence in society due to various circumstances and father absence should therefore be referred to as father disconnection.

“Some children know their fathers but have no connection with them. In other instances, paternity was denied when the mother was pregnant. In some cases, there are undisclosed fathers, where the identity of the father is unknown,” says Nathane-Taulela.

Angst of the Offspring

In a context where men are constructed as providers and as heads of families, the absence of a biological father affects the psychological wellbeing of his children – they harbour pain because of the disconnection from their fathers.

Malose Langa, Associate Professor in the Psychology Department, says: “The absence of fathers results in a lot of pain,” This leads some children to take part in “a lot of risk-taking behaviours including experimentation with drinking and smoking.”

This type of behaviour continues until late adulthood and may remain like that. Some children get to meet their fathers. Others never do. In meeting their fathers, some children may be disappointed as things do not turn out the way they would have expected as the father might not have an interest in establishing and maintaining a relationship with his child.

This disappointment can be psychologically distressing.

“When you have been psychologically prepared to expect the presence of a father and it does not happen, that causes a disturbance. You are disappointed, you are stressed and distressed, because you expected the biological father to be the person to give you the emotional, financial, and psychological support that you need,” says Nduna.

In many African families, children have access to a father figure through ‘social fathers’ – uncles, older brothers and grandfathers. These father figures often assume the duties of the absent biological father, providing children with emotional and financial support and a nurturing relationship. Social fathers may be good role models.

The Statistics South Africa General Household Survey of 2016 shows that 71% of children under the age of 17 live with an adult man in the same household. Of these, 35% of the men are not the children’s biological fathers. These men not only care for the children but may also inculcate valuable life teachings.

“Fatherhood is a socially constructed phenomenon,” says Nduna. Any other adult can assume the role of father and nurture, provide for, and discipline. “We have socially constructed for our children the idea that the presence of a person equates emotional support. Nowhere does it say that another human being, regardless of gender, cannot perform those functions.”

Your identity and knowing your lineage gives you a sense of belonging. Your surname says a lot about your identity and lineage. Usually, children with absent and undisclosed fathers take their mothers’ surnames at birth but often in adolescence search for the identity of their biological father.

“South African families are patriarchal families and as a society we place emphasis on paternal lineage,” says Nathane-Taulela. “When we ask ‘who are you – what is your identity?’, young people will not refer to their mother’s identity. In a patrilineal society, your real identity is your father’s identity.”

“In African contexts, we have this idea that your paternal ancestry is so important that, if it is missing, things might go wrong in your life because you do not have that protection. It causes a lot of distress amongst young people,” says Nduna.