Roadmap to a win-win against invasive weeds

Researchers at Wits University have created the world’s first framework, to better guide the management of terrestrial invasive species.

Researchers at Wits University in Johannesburg, South Africa, have created the world’s first framework, to better guide the management of terrestrial invasive species. 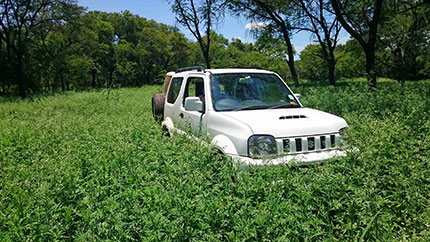 By using a big data approach and combining information from the South African National Census of 2011, with the South African Plant Invaders Atlas, the researchers found a way to prioritise targets in the control of invasive species. This will ensure the greatest benefits for  both the environment and rural communities.

“South Africa spends R1,5 billion per year on controlling invasive species and while the country is really at the forefront alien species control in the world, we still have a wicked problem,” says lead author, Dr Chevonne Reynolds, a lecturer at Wits University. “However, by using our new framework, we can now target invasive control activities by prioritising localities that are most impacted. Typically, these are the poorest municipalities in the country.”

The main finding of the research, published in the journal Ecosystem Services, shows that poorer rural communities are the most heavily impacted by the negative effects of invasive weeds.

“We looked at the livelihoods of people on a national level, what their household income is and how they use natural resources to aid or supplement their daily living need, and then examined how this is affected by invasive species,” says Reynolds.

While invasive species have both positive and negative impacts on the environment and communities, the team weighed up these trade-offs for a variety of invasive species to find their overall impact on the livelihoods of all South Africans.

For instance, people use the fruit of the prickly pear cactus (Opuntia ficus-indica) to supplement their diet and income. However, because it aggressively invades grassland it makes pastures unsuitable for livestock, while also competing  for water and other resources. So, overall it has a negative impact on the affected community.

The team combined data on household incomes and their use of natural resource (provisioning ecosystem services) for all municipalities in South Africa, with the distribution data of 57 invasive weeds  establish which communities are most affected.

“We found that poorer rural communities are the most impacted by invasive species, as these people make most use of natural resources on a day-to-day basis,” says Reynolds. “Their ability to make a living is severely restricted by the invasion of alien species in their environments.” 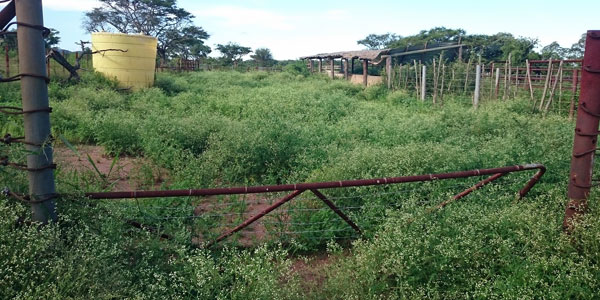 “What we have done is  create a framework for government to direct efforts to eradicate invasive species more effectively, by targeting municipalities where both people and the environment are most at risk,” says Reynolds. “Our model can also be used and adapted for other countries with a similar problem, where the novel approach of combining big data with citizen science can provide answers to problems.”