Group of students find a large haul of fossils on the first day of their dig in Oviston Nature Reserve.

A crowd-funding campaign driven by a popular French Youtube personality has helped a group of students from Wits University in South Africa to find a large haul of ancient mammalian ancestors fossils in the Oviston Nature Reserve in the Eastern Cape. 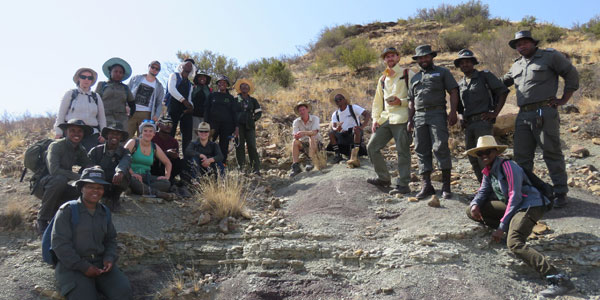 The campaign, launched by Dr Julien Benoit, a Lecturer in Palaeontology at Wits University’s Evolutionary Science Institute and promoted by the French Youtube personalityCédrik Jurassik, helped fund a field trip for Wits’ palaeontology students to the Karoo in November 2019.

“Wits is the only University in South Africa that offers a degree in palaeontology. However, we get really limited opportunities to train our students in practical field work,” says Benoit. “We organised the trip to provide our students with a deeper foundation in field work.”

The trip was fully funded by donations in the crowd-funding campaign, helping 15 students to spend 14 days in the field, learning techniques such as to search for, dig and identify fossils, making plaster jackets to protect fossils and using the relevant technology in the field to aid their research.

The group spent 10 days in Victoria West in the Central Karoo, getting instruction from Benoit and Dr Rose Prevec, head of the Department and curator of the Palaeontology collection at the Albany Museum in Grahamstown, before they moved to the Oviston Nature Reserve in the Eastern Cape, to put their knowledge to the test.

“On the first day at Oviston, we found a lot of fossil material, including some complete skeletons,” says Benoit. “At the end of our three days in the area, we have found 26 fossils, including at least four complete skeletons of an herbivorous pre-mammalian reptile, called Lystrosaurus.” 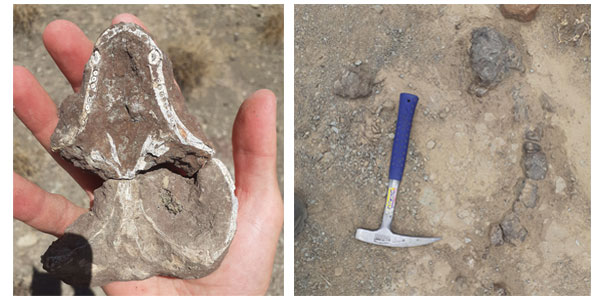 While some of the skeletons have been taken into the care of the scientists for conservation, the majority have been left on location, under protection of the National Park.

“Part of the programme involved training the local rangers on the importance of our fossil heritage including the preservation and conservation of the fossils,” says Benoit.

About 250 million years ago, South Africa’s Karoo region formed a part of a large floodplain, where many pre-mammalian reptiles and other species roamed. At their death, the remains of these animals got buried in the mud through periodical flooding. This resulted in the Karoo becoming an extremely fossil-rich region.

The fossils found will be included in further research at the ESI, and further similar field-trips will be arranged,” says Benoit.