Speaking to visitors from outer space would one day require a common language and one not found in a dictionary.

One day, when extra-terrestrial aliens finally make contact with us Earthlings, we’ll need to communicate. Such an historic occasion will demand that we make a good impression, and that might mean leaving the introductions to a mathematician or a physicist.

“The natural place to start conversing with aliens would be to use mathematics because it is universal,” says Professor Vishnu Jejjala in the Wits School of Physics. “Aliens might not have the same biology as we do. We are carbon based, they could, for instance, be silicon based. Who knows? But whatever their physiology is, the mathematics that we have is exactly the same as the mathematics that aliens have.”

The persistence of Pi

DEFINING Pi: Pi (π) describes the ratio between a circle’s circumference and its diameter. Pi’s decimal representation (3.14…) never ends and never settles into a permanently repeating pattern. The Guinness World Record for a person to memorise the value of Pi is 70,000 digits.

Across the universe, the same numbers keep cropping up in unexpected places, much like an invisible code that appears to unite unrelated principles. The famed mathematical constant, Pi (or π), which describes the ratio of a circle’s circumference to its diameter (with a value of 3.14…) is one example.

Another example is the so-called ‘Golden Ratio’ – also known as the Divine Proportion – which is expressed not only in the geometric shapes of nature (such as in the shape of the Whirlpool Galaxy, Nautilus shells and hurricanes) but also in many human creations. The Pyramids of Giza were allegedly built using the Golden Ratio, and artist Leonard Da Vinci apparently used its eye-pleasing proportions to paint the iconic Mona Lisa. 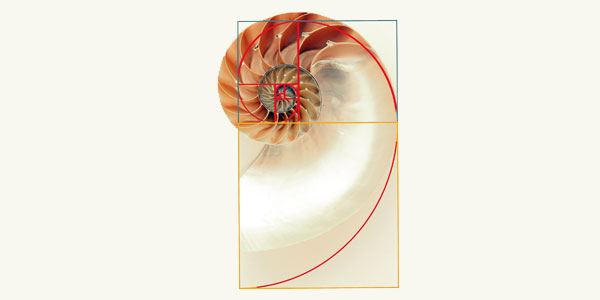 Wits Emeritus Professor Francis Thackeray and the late Professor Jan Boeyens suggest that there’s a strong case that the Golden Ratio (1.61803...) can be related to not only aspects of mathematics, but also to physics, chemistry, and biology. The Golden Ratio could even be identified in the topology of space-time, Boeyens claimed.

Jejjala explains that numbers such as Pi and the Golden Ratio recur because the language we use to analyse physical phenomena – mathematics – is in itself a universal language.

“As a physicist, I work on various problems and the same sort of numbers appear in various places. It is not just the same numbers appearing, it is also the same equations that are appearing; the same phenomena that manifest in vastly different situations.” Pi, for instance, appear everywhere because circular forms appear in various places in nature, says Jejella. “Pi is just a reflection in phenomena in which these things happen.”

Other examples of where numbers appear across a variety of disciplines appear in periodic phenomena.

“The infection rate for disease might be one example. Such periodic behaviour is characterised by trigonometric functions, like sine or cosine. The period for such a function is 2Pi, which relates back to the circle [the circumference of a circle is 2PiR].”

Various other phenomena are exponential. The half-life of radioactive isotopes, the inflationary phase of the cosmos, the population growth of various organisms are all described as “e” raised to the power of something.

“The number ‘e’ – or Euler’s Number, which is approximately 2.71828, pops up everywhere, like in calculations of compounding interest and probability theory, while other numbers, such as the Euler-Mascheroni constant, the zeta function evaluated at special points and the Golden Ratio that all appear in different contexts.”

So, because mathematics is universal, it would be the natural lingua franca for a conversation with Martians. But what form would such a conversation take? How would we say hello?

“The conversation might start with teaching each other prime numbers,” says Jejjala. “The distribution of prime numbers is described by Riemann's zeta function. The famous Riemann conjecture states that all of the non-trivial zeroes of the zeta function have real part equal to 1/2. No one has been able to prove this statement. We could, for instance, describe the function in terms of the prime numbers and ask the aliens for help.”

Mathematics has been described as “unreasonably effective at describing the natural world”. The fact that everything in nature works so well (through mathematics) have had philosophers, mathematicians and physicists puzzled for years, but, up until now, there are only partial answers.

“In the end, it seems that every bit of mathematics has some utility in physics,” says Jejalla. “The second thing to note is that there are only certain equations we can solve. So we are bullying whatever we thought into one of the equations we can solve.” And while progress is slow in deciphering newly discovered equations that could advance our understanding of the world, Jejalla believes we are on the right track.

“One of the key insights in science is that the same patterns appear in many places and the methodologies for describing those patterns is largely the same irrespective of the subject. This is how we translate developments in one area to other areas.”