How knitting won the war?

Craftivists have been savvy cryptographers for aeons longer than any computing geek. 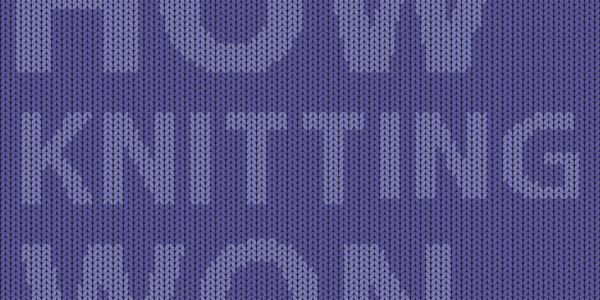 An undercover operative dodging adversaries on a secret assignment makes for a gripping spy novel. Yet, this intriguing yarn about codes and craftivism is a real-life story. During World War II, a secret agent, perceived to be an innocent grandmother, was stealthily observing while clicking her knitting needles.

Granny’s stereotypical feminine façade hid encoded espionage messages knitted into fabric. The Belgian resistance had recruited her to record the type and time of trains passing her kitchen window overlooking the railyard.

Granny was a learned artisan with the technical prowess to transform stitch alphabets and patterned configurations into data for intelligence gathering – hidden to the uninformed eye yet decipherable to those privy to steganography [the technique of hiding secret data within an ordinary, non-secret, file or message].

The Office of Censorship banned the postage of knit and crochet patterns abroad, suspecting they held coded classified communications. Yet, it was the knitted garments themselves encoded that the censors never spotted.

British spy and proficient knitter, Phyllis Latour Doyle, parachuted into Normandy under the code name Paulette. No ordinary coder, Paulette had handicraft skills she inherited from generations of knitters in her family that resulted in her becoming a brave craftivist with the ability to code in dangerous contexts. She knitted encoded information into scarves and beanies while riding a bicycle through enemy territory. Seventy years later, the 93-year-old heroine received the Legion of Honour in recognition of her courage in assisting the Allied forces. James Bond is an amateur sleuth in comparison. Perhaps he should take up knitting …

Charles Dickens was inspired by knitting codes to create the fictional character, Madame Thérèse Defarge in A Tale of Two Cities. As a tricoteuse, Madame Defarge encoded the name of the beheaded in her knitting as the guillotine fell at public executions during the French Revolution. A gory story captured through the hands of a craftivist.

Even though the term craftivism was only coined by sociologist Betsy Greer in 2003, brave women have been craftivists for centuries. The earliest woven fabric, created using a technique called nalebinding, was found at Dura-Europos archaeological digs and dates back to 265AD.

Computer code is a descendant of knit and crochet code. The analogue code of threaded fibre and the digital code of Internet fibre co-create. Similar to the 0s and 1s of binary computerese, there are two stitches in knitting: knit and purl. An index variable with incremented and decremented operations echoes a knitted row with increased and decreased stitches. Knit and crochet patterns are like computer programmes: input a thread of yarn and output a sweater.

Morse Code knitters use a single purl stitch for a dot and three in a row for a dash creating short and long coded signals. The compiler is the craftivist. Knit-as-code is being formally researched by Dr Elisabetta Matsumoto in her physics lab at Georgia Tech. She investigates yarn as a programmable material with stitch patterns more complex than the ones and zeroes of binary.

Granny’s knitted espionage secrets were mathematical topologies of slipknots, which makes a grandmotherly Elder a highly qualified tutor at Knit to Code, an organisation using knitting as a teaching simulator for computer coding. Both media use the same logic: Learning to knit assists in learning to code. So, contrary to popular belief, Granny is actually on par with her millennial granddaughter’s generation of computer fundis [experts].

The preservation of traditional handicraft skills for craftivism continues today. Susan Hewes is an extreme handcrafter with two Guinness World Records: the first for knitting the longest scarf and the second for crocheting the longest chain… both whilst running marathons! That’s an incredible feat in coding-while-multitasking and raising money for Alzheimer’s research.

Yarns the tellers of us

Another layer of code allows handicrafts to carry personal and collective narratives embodied with thought and emotion. The suffragettes, protesting for women’s right to vote, had colour codes for their embroidery threads – purple for dignity, white for purity and green for hope. From Pussyhats, handcrafted to raise awareness about women's issues in the USA, to protest banners handcrafted by Story Scarves to stop gender-based violence in Soweto, craftivism artefacts hold coded clues inciting mindful dialogue in the social fabric of our lives, globally.

Some of these stitched stories are invisibly submerged awaiting decoding. The coded fabric’s significance is in its potential to make meaning. Human beings have an innate ability to decipher these meaningful codes. Craftivism is indelibly shaped by code that make our yarns the tellers of us.