Do kids need to code?

Preparing for a digital revolution is as much about getting the basics right as it is looking to the future. 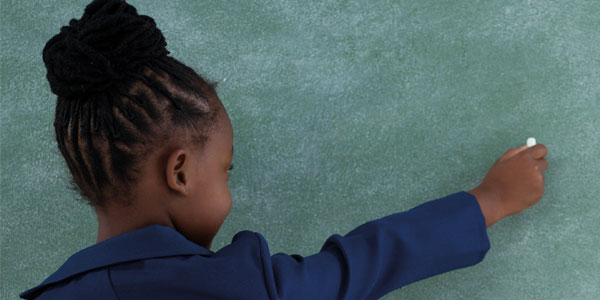 Artificial intelligence (AI), robotics and greater automation is on the horizon. But, says Mitchell Cox, a Lecturer in the School of Electrical and Information Engineering at Wits, the dreams of AI and the 4IR are not the things to worry about, if we lay the foundation of teaching and learning that builds the critical skills of problem solving, reasoning and logic.

Back to basics, he says, can start with setting the foundation of maths skills at a primary school level. It’s the first building block of computer programming or “coding”, Cox says.

Maths presents a way to break down complex problems into components, allowing us to organise our thoughts and processes to allow solutions to be constructed – it’s a thought process at the heart of coding, which in turn is at the heart of making computers do what we want them to do for us.

“Programming is never going away; programming gives the instructions to computers to perform more of the mundane, routine tasks. Automation frees people up to do more creative things, solve other problems or even become more sophisticated programmers,” he says.

Cox also believes that basic proficiency with code is a useful skill for everyone to have, regardless of age or discipline, especially in an era of hyper-customisation or personalisation of devices and apps.  It’s the difference, he says, between using more of the functionality of an Excel spreadsheet or getting better results from a Google search. He calls it “speaking Google” fluently.

“Speaking” to computers is one element of building skills for the future. The other is better communication. Cox says that communication allows for better collaboration across disciplines and that the ability to factor in different perspectives allows creativity to flourish.

“It’s why we teach in a way that’s that not about giving students all the answers or all the ways to find answers. Allowing them to figure out things for themselves, to follow their own leads, teaches them adaptability and resourcefulness, which are the skills they will need to survive,” he says.

Preparing the next generation at foundation phase level are the likes of school teacher Dorian Love. He teaches coding at a private all-girls school in Johannesburg and believes coding skills recalibrate the power balance between people and computers in human beings’ favour.

“For me it is about finding the most humanising approach so humans determine how machines serve us,” he says. Love completed his Master’s at Wits University researching the role of knowledge in Information Communications and Technology (ICT) integration at his school, through the principles of Legitimation Code Theory (LCT – a sophisticated framework for exploring practices in terms of their organising principles or ‘legitimation codes’).

Love says it’s as much about making all teachers less afraid of technology as it is about convincing girls to become interested in coding. Demystifying coding and showing its real life implications can help close the gender gap that still exists in the world of tech.

“I tell the girls that men still dominate when it comes to things like developing computer games and, because men and women experience colour differently, men get to decide on the colours, even in games. It’s one way to get them [girls] thinking about why having coding skills can mean women have a greater say in the world,” he says.

Lesley Donna Williams, who heads up Wits University’s Tshimologong Digital Innovation Precinct in Braamfontein, says coding introduced at school level allows young people to have an extra “language”, even if they choose not to become programmers.

“It’s a bit like you may never know what’s going on inside your TV that makes it work, but you want to know how to use the remote so you can get to the channel that you want,” she says. Williams adds that the current panic – about the digital divide and people who don’t code falling through the cracks – is not productive.

“We need to create a way of thinking that allows people to use technology as an enabler. We need to help children find their unique value and to think like entrepreneurs in using this unique value, together with technology. For that, we all need to be continuous learners, be agile and be attuned to the world around us – we should be connecting more across the continent right now for digital innovation.”

It means there’s work to be done in the present and opportunities in the moment that need to be seized so that our digital future is to be one that holds more potential for more of us.

Says Williams: “While there will be job losses in digital transformation, new unknown industries will be birthed giving rise to new forms of employment. We need to focus on developing adaptable skills, because technology will keep becoming obsolete. Coding as a language needs to penetrate the ranks of the education system so we bridge the ever increasing digital divide that low-income communities are not accessing.”