Diagnosing the dead and predicting mortality

A new generation of apps could soon help health professions to decode the causes of death, and predict the likelihood of dying. 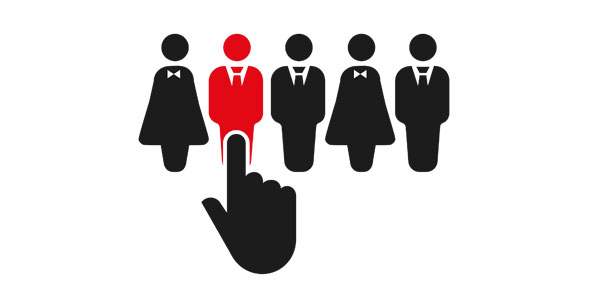 Two academics in the Wits Institute of Data Science are investigating the use of machine learning (ML) to sift through masses of data and, through coded algorithms, identify patterns that will give health practitioners real time lifesaving information.

Dr Dineo Mpanya is a PhD candidate in the Division of Cardiology at Wits. She is a specialist in Nuclear Medicine and Molecular Imaging and is passionate about cardiovascular research.

Mpanya is working on a project that, if all goes well, will assess a patient’s probability of being hospitalised or dying as a result of heart failure.

Heart failure is a common pathway for most heart conditions such as hypertension and coronary artery diseases.

“Machine learning refers to the ability of the computer to learn without any form of explicit programming, meaning that the computer analyses pre-existing data, learns patterns and subsequently makes predictions,” explains Mpanya.

Her project involves mining data collected since 2009 in the Division of Cardiology at Charlotte Maxeke Johannesburg Academic Hospital. These data were captured electronically from patients who were admitted to the hospital with heart conditions.

Mpanya plans to use this data to create a risk model that predicts a patient’s likelihood of mortality and hospitalisation.

“This risk stratification is important because if a patient is at a high risk of mortality, then such patients can be seen more frequently at a hospital, optimising therapy,” says Mpanya.

“Already we have such a high burden of patients with heart diseases in South Africa and there aren’t enough cardiologists. So, with my model, once you have risk stratified the patients, those that are at low risk will be seen less frequently and may  even be seen by doctors at a primary or secondary health care level. And those that are high risk will be seen by specialists.”

South Africa has a growing cardiovascular disease epidemic and one of the biggest problems facing doctors is identifying those at risk.

Recent statistics show that one out of three South Africans over the age of 15 has hypertension (high blood pressure), which puts them at risk of a heart failure. Most don’t even know they have hypertension.

This risk calculator, Mpanya hopes, will take the form of an app.

“So, if you are in a rural area and you are treating a patient and you don't know what is wrong with them, that risk calculator will tell you that patient is high risk and send them to a hospital,” she says.

The app will work by requesting a doctor to input details such as the patient’s demographic and clinical parameters and thereafter will estimate the probability of mortality and hospitalisation.

While Mpanya’s work deals with the prevention of mortality, her colleague Michael Mapundu is using machine learning to diagnose the deceased.

Verbal autopsies are often used as a method to establish cause of death in low- and middle-income countries. Most of the world’s annual deaths are undocumented, meaning there are no autopsies.

How verbal autopsies work is that health professionals will gather information about the deceased, collected from those who knew them and from learning about the circumstances around their death. The World Health Organization has a set of guidelines governing how verbal autopsies should be performed.

The Medical Research Council/Wits Agincourt Health and Social Demographic Surveillance System has been performing verbal autopsies in north-eastern Mpumalanga. It is this data, collected between 1993 and 2015, that Mapundu is using in his research.

Through machine learning, this data and future data could alert authorities to disease patterns that they are not seeing in hospitals and clinics.

“Those verbal autopsy narratives, they have a diagnosis which is labelled by an expert who might be a doctor,” says Mapundu, in the Wits School of Public Health. “From these narratives a possible cause of death might be added and that gives us a label that you can use to train our machine in order for it to possibly predict a possible cause.”

As with Mpanya, Mapundu envisions an app that will be web based, easy to access and work in a rural setting.

“It will have real time classification where a user can feed data and those narratives can be automatically classified by our machine learning model,” he explains.

Machine learning prediction models are in use in the Global North, but their introduction here in South Africa promises to save lives through data gleaned from the living and the dead.