People living with albinism endure parochial prejudice and medical scrutiny but their humanity is no less definitive than that of any other along the continuum.

In the 1995 film, Powder, the protagonist Jeremy Reed (played by Sean Patrick Flanery) lives with albinism. Reed has magical powers in that he doubles as an electricity source. His mother seems to have been struck by lightning when pregnant with him (hence the resultant electrical conduction gift) much to the horror and wonder of the world. Reed, the “albino” and a source of familial and communal shame, is bullied and shunned. At the end of the movie, after teaching the townsfolk some compassion and healing their prejudice, Reed is obliterated by a flash of lightning.

Albinism is a hereditary condition whereby little to no melanin is produced. Melanin is a pigment produced in the cells that gives human skin, hair, and eyes their colour. Unfortunately, there’s no evidence that a person with albinism possesses super powers.

While Powder treats albinism glibly, those living with this condition endure people’s precarious belief systems – in some parts of the world, those living with albinism are hunted and murdered for their body parts, seen as an HIV cure and raped, or something to be solved medically.  Where albinism occurs, mythologies include the mother being touched by an “albino”, having been unfaithful, or the result of a curse. To “prevent albinism”, people may walk past a person with albinism and spit on them.

The erroneous labelling of those living with albinism must be contested and the codes applied to them dismantled. British artist and academic Professor Raimi Gbadamosi, who lives with albinism, intended to contribute to this de-codification through the seminar, 46 Chromosomes: Querying Albinism, hosted by the Wits Institute for Social and Economic Research (WiSER), where Gbadamosi is currently a Research Associate. 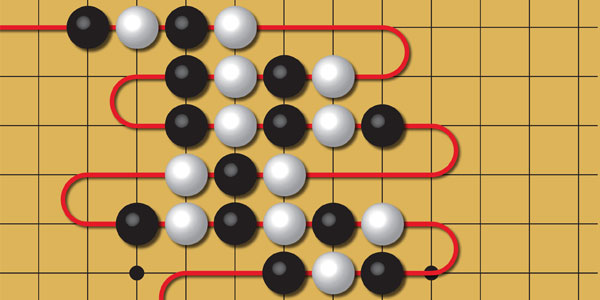 Two copies of an abnormal gene

The human body’s 46 chromosomes contain the genes that code all the information our bodies need to know so that they can function. Albinism is inherited in an autosomal recessive pattern whereby an individual receives copies of a gene from both the father and the mother to develop albinism. Google ‘albinism’ and phrases such as “a group of hereditary disorders”, “characterised by a deficiency of melanin in the skin, hair and eyes”, “skin cancer”, and “mutated genes” come up. Seminar speaker Nomasonto Mazibuko, a person with albinism who founded the Albinism Society of South Africa, points out that when a baby is born with albinism, the midwife often asks the mother “What did you do to have this kind of baby?”

Medical humanities specialist, Professor Catherine Burns, explained at the seminar that albinism exposes humanity’s inherent struggle with doubles and opposites. She suggested that albinism is not a binary concept, much like sexuality, gender and race are not. “We don’t know how to handle nuance. People exist on a continuum, with binary concepts trapping and caging them.”

Burns spoke about the contestations around the concept of “intersex”. A case in point is Caster Semenya’s battle against the International Association of Athletics Federation’s ruling that women with high testosterone levels competing in races over 400 metres and up to 1 500 metres must take medication to lower testosterone levels. But Semenya defiantly said: “I am a woman. And I am a world-class athlete.” She defined herself from the inside out.

“The desire to box people with albinism is linked to the fanatical historical pursuit of racial purity and an eradication of what was deemed to be abnormal … We know now that there is no such thing as a stable racial and sexual body,” added Burns.

Mazibuko has worked closely with hospitals and communities to reduce the stigma around albinism. Instead of judging the mother, nurses and midwives are encouraged to be compassionate and to arrange counselling sessions for the mother. “To change how people treat us, we must begin in the labour ward,” said Mazibuko.

In the quest to decode and debug the culture that insists on homogenous and distinct human categories, Gbadamosi questions the meta-narrative and the violent structures that govern our language and social systems. “We must open ourselves to the plethora of possibilities of what it means to be a man, a woman, and a human being,” he says, even as he concedes that this is not an easy task. “I still get asked weird, intrusive questions. It’s hard when people see the ‘uniform’ and not beyond and behind the camouflage.”