African scientists speak out about global plans to plant trees on their continent.

This is the view of 46 scientists from around the world – many of whom are leading scientists in Africa – in a Technical Comment published in the high impact journal Science. 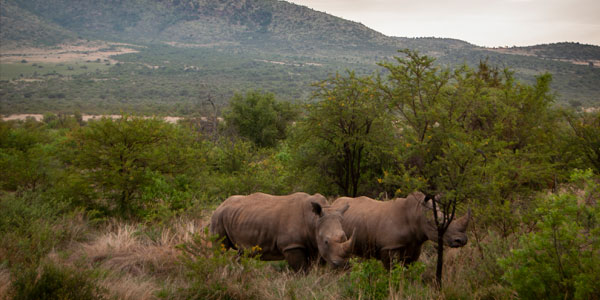 The Technical Comment is a critique of another recent paper in Science, led by Jean-Francois Bastin and Thomas Crowther of the Swiss Federal Institute of Technology in Zurich. These researchers, funded by a Dutch non-profit foundation (DOB Ecology), a tree planting advocacy group (Plant-for-the-Planet), and the German Federal Ministry for Economic Cooperation and Development, claimed that global tree planting could capture 205 gigatons of carbon, or one-third of the carbon dioxide emitted since the industrial revolution, which totals 660 gigatons.

Using remote sensing and machine learning to estimate the amount of atmospheric carbon that could be sequestered by global tree restoration, the Bastin study highlighted large tracts of land in southern Africa – and the tropics in general – as potential sites for large scale afforestation in efforts to fight against climate change. Because the estimate of 205 gigatons of carbon was so large, in July of 2019, headlines around the world declared tree planting to be the best solution to climate change.

“Firstly, their numbers are wrong,” said Sally Archibald, co-author of the critique and ecologist at the University of the Witwatersrand, South Africa. “It is irresponsible to give people false hope that our global change problems can be fixed in this way. Secondly, the impacts on our natural ecosystems in Africa would be devastating.”

The technical commentary, led by Joseph Veldman of Texas A&M University, demonstrates that the Bastin study dramatically overstated the potential for tree planting to mitigate climate change, and that planting trees in the wrong places can destroy ecosystems, increase wildfire intensity, and exacerbate global warming.

“Many of the areas suggested for afforestation are areas where ecologists and land managers are fighting bush encroachment,” said Archibald. Higher tree cover in Namibian and Botswanan savannas is considered degradation by the people living there. In the Miombo woodlands in Zambia, Mozambique, and Tanzania wood fuels are used as a renewable energy source by millions of people, and no one has considered what alternative energy sources might be required if these important resources are taken away though global tree planting programs.

“While tree planting can be good in some deforested areas, tree planting in Earth’s natural grasslands destroys plant and animal habitat and will not sequester enough carbon to compensate for fossil fuel emissions,” says Veldman.

African scientists have highlighted a lack of awareness on the part of the European researchers: “This paper shows that the authors have little knowledge of savanna ecology,” says Alfan Rija from the Sokoine University of Agriculture, Tanzania. “I am worried that these programs could be used by stronger countries – the G20 – to craft global policies to exploit land and forests of the tropical world.”

In their critique, Veldman and his collaborators write that the Swiss research had serious flaws that led to a five-fold overestimate of the potential for new trees to mitigate climate change. Among the problems, the original study assumed that soils in ecosystems without trees contain no carbon, when in fact many ecosystems, such as savannas and peatlands, contain more carbon in soils than in the aboveground vegetation.

The Swiss research also neglected the fact that coniferous forests in boreal and high mountain regions absorb more sunlight and emit more heat than treeless areas, and actually exacerbate rather than mitigate global warming. Finally, tree planting in grasslands and savannas, as proposed by the Swiss researcher team, is damaging to the environment as ancient grasslands and savannas contain immense biodiversity and provide services to humanity, such as livestock forage and groundwater recharge.

The group of scientists’ main concern is that a myopic focus on tree planting will retract from the real issue of fighting climate change through reducing CO2 emissions and reduce the capacity of people to adapt to climate change while distracting from efforts to conserve intact ecosystems and reduce fossil fuel consumption.

“It is high time we begin to speak for Africa,” says Steven Syampungani from the Copperbelt University in Zambia. He and his colleagues across the region believe that ecological restoration involves working to restore not just forests, but also grasslands, savannas, and shrublands.