New dinosaur was discovered after it lying misidentified in the university's vaults for over 30 years.

A PhD student of the University of the Witwatersrand, South Africa, has discovered a new dinosaur species in the University’s vaults, after it has been laying misidentified in a collection for 30 years.

The team of scientists, led by PhD Student Kimberley Chapelle, recognised that the dinosaur was not only a new species of sauropodomorph, but an entirely new genus. The specimen has now been named Ngwevu intlokowhich means "grey skull" in the Xhosa language, chosen to honour South Africa's heritage.  She was joined in the research by her PhD supervisors: Prof Jonah Choiniere (Wits), Dr Jennifer Botha (National Museum Bloemfontein), and Professor Paul Barrett (Natural History Museum, London). Together, Kimberley and these world-leading researchers have been improving knowledge of South African palaeontology for the last six years.The dinosaur has been described in the academic journal, PeerJ. 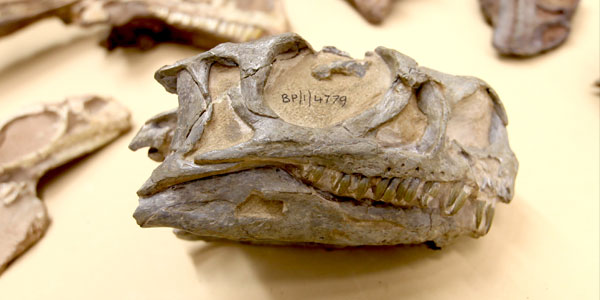 Professor Paul Barrett, Chapelle’s PhS supervisor and researcher at the Natural History Museum in the UK explains, “This is a new dinosaur that has been hiding in plain sight”. “The specimen has been in the collections in Johannesburg for about 30 years, and lots of other scientists have already looked at it. But they all thought that it was simply an odd example of Massospondylus.”

Massospondylus was one of the first dinosaurs to reign at the start of the Jurassic period. Regularly found throughout southern Africa, these animals belonged to a group called the sauropodomorphs and eventually gave rise to the sauropods, a group containing the Natural History Museum’s iconic dinosaur cast Dippy. Researchers are now starting to look closer at  many of the supposed Massospondylus specimens, believing there to be much more variation than first thought.

Chapelle explains why the team were able to confirm that this specimen was a new species, “In order to be certain that a fossil belongs to a new species, it is crucial to rule out the possibility that it is a younger or older version of an already existing species. This is a difficult task to accomplish with fossils because it is rare to have a complete age series of fossils from a single species. Luckily, the most common South African dinosaur Massospondylus has specimens ranging from embryo to adult. Based on this, we were able to rule out age as a possible explanation for the differences we observed in the specimen now named Ngwevu intloko.”

The new dinosaur has been described from a single fairly complete specimen with a remarkably well-preserved skull. The new dinosaur was bipedal with a fairly chunky body, a long slender neck and a small, boxy head. It would have measured three metres from the tip of its snout to the end of its tail and was likely an omnivore, feeding on both plants and small animals. 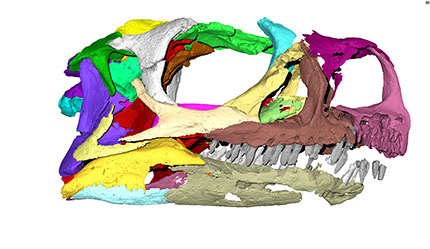 The findings will help scientists better understand the transition between the Triassic and Jurassic period, around 200 million years ago. Known as a time of mass extinction it now seems that more complex ecosystems were flourishing in the earliest Jurassic than previously thought.

“This new species is interesting,” says Prof Barrett, “because we thought previously that there was really only one type of sauropodomorph living in South Africa at this time. We now know there were actually six or seven of these dinosaurs in this area, as well as variety of other dinosaurs from less common groups. It means that their ecology was much more complex than we used to think. Some of these other sauropodomorphs were like Massospondylus, but a few were close to the origins of true sauropods, if not true sauropods themselves.”

This work shows the value of revisiting specimens in museum collections, as many news species are probably sitting unnoticed in cabinets around the world.

The new paper Ngwevu intloko: a new early sauropodomorph dinosaur from the Lower Jurassic Elliot Formation of South Africa and comments on cranial ontogeny in Massospondylus carinatus is published in the journal PeerJ.