Wits researchers contribute to global insights around gender and health

Wits researchers have contributed to a Lancet series on gender equality, norms and health, which was launched on 10 June 2019.

Professor Shane Norris and Distinguished Professor Linda Richter in the DST-NRF Centre of Excellence in Human Development, hosted by Wits University, co-authored a paper on gender equality and health insights from global survey data. The paper formed part of the historic Lancet series on gender equality, norms and health.

Norris and Richter gleaned findings from the seminal Birth to Twenty Plus longitudinal study* and showed that internalisation of gender norms and their influence on health-related behaviours are powerful during adolescence. Specifically, they examined how parental and peer pressure contribute to gendered health beliefs and behaviour, notably around weight and body image. 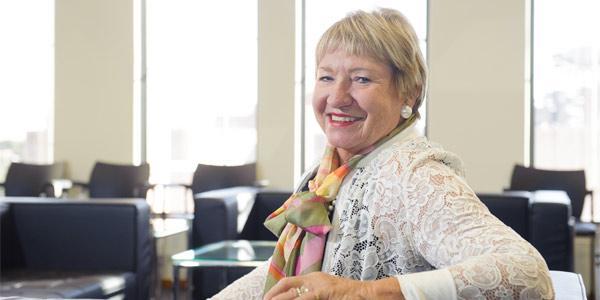 The South African case study is a significant addition to the study on how gender norms impact the health of women and men across life stages, health sectors and world regions. Globally, it is revealed that gender norms are complex and intersect with social factors to impact health over the life course. Early gender-normative influences by parents and peers can have multiple and differing health consequences for boys and girls. Transgressing gender roles or not conforming to gender stereotypes are particularly harmful to health.

Global case studies, such as Richter’s and Norris’s, provide practical opportunities to gain novel insights into links between gender norms and a wide range of health outcomes - beyond the focus on sexual and reproductive health, violence, and HIV. In addition, the variety of analytic tools, including geo-spatial mapping, are innovative applications to existing survey-based data.

“Collaborative and global data that reflect society not only as it is, but as we hope it to be, are critical for monitoring progress on the sustainable development goals,” said Norris. In addition, the overlay of different types of data could use external factors such as climate change and economic shocks to identify locations of gender-based discrimination.

Richter, Norris and their colleagues around the world recommend the designing of public health programmes and policies that are locally relevant and globally active. These would be central to achieving both gender equality and health. Progress can be accelerated through improved qualitative and quantitative data collection, analysis, and interpretation that accounts for the pervasive role of gender norms in shaping human health and wellbeing.

The Lancet series on gender equality, norms and health has been several years in the making. “Rather than seeing the publication as an endpoint, we believe this is when the work of broad dissemination, broader engagement and ownership and impact begins,” adds lead researcher Gary Darmstadt. "It is indeed on our collective shoulders to ensure that the work is translated into local, national and global programming with and for those who are most marginalised."

The Series on Gender Equality, Norms, and Health is a collection of five papers, led by Darmstadt and colleagues, that provides new analysis and insights into the impact of gender inequalities and norms on health, and the opportunities that exist within health systems, programmes, policies, and research to transform gender norms and inequalities.

The need for more action and accountability on gender equality is clear: introduction of the 2030 Agenda for Sustainable Development and the Universal Health Coverage goals demand greater attention to the social determinants of health, including gender, for the purpose of enabling all people to reach their full human potential.

The systemic neglect of gender norms and inequalities in programme design, implementation, monitoring, and evaluation undermines the health of everyone - women and girls, boys and men, and gender minorities. This Series aims to inform the global health community of the critical need and effective actions to recognise and transform restrictive gender norms and gender inequalities, and their intersections with other social inequalities—including those related to age, race/ethnicity, religion, and socioeconomic status—in all they do.

*The Birth to Twenty Plus study (Bt20+) is the largest and longest running study of children's health and development in Africa, and one of the few large-scale longitudinal studies in the world. Between March and June, following Nelson Mandela's release from prison in 1990, 3273 were enrolled into a long-term birth cohort study in which it was planned to follow them (and their families) for at least the first decade of their lives. This was extended and continues today.