Academics and business must partner to help government understand what skills pupils and workers require for 4IR. 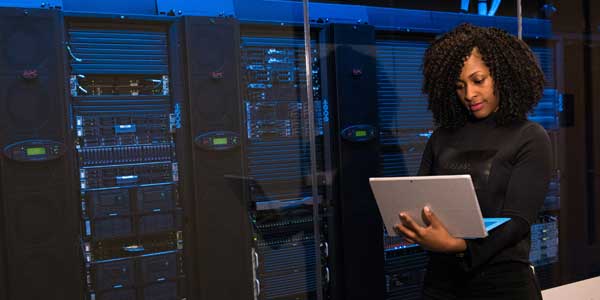 Data on information and communication technology (ICT) is sorely lacking in South Africa, even though it is generally recognised that the sector is instrumental in helping build a sustainable economy and social cohesion.

According to a report, this continues to result in fragmented policy because it is based on flimsy and obsolete information, and therefore, its effectiveness cannot be properly measured.

To exacerbate matters, the country’s schooling system continues to produce poor math and science results, and exposure to the ICT sector is minimal.

The report is compiled by the Joburg Centre for Software Engineering (JCSE), which is a University of Witwatersrand partnership with government and industry, and the Institute of Information Technology Professionals South Africa (IITPSA).

The document, which is the JCSE’s ninth edition of its survey of skills trends in the ICT sector, says the state of the South African economy continues to restrict growth in the demand for ICT skills as the sector’s clients limit their budgets.

The sector contributes more than R250bn (approximately 6%) to the country’s GDP. Good growth in the agriculture sector in the second quarter of 2017 reversed the recession of the previous two quarters, but this was short lived as the country again retreated into recession in 2018.

John-David Lovelock, who is from international information technology research and advisory company, Gartner, forecasted that South Africa’s IT spend would reach R276bn in 2018, up 4,3% from 2017.

While the report acknowledges President Cyril Ramaphosa’s commitment to speed up processes to develop the sector, it says that until there are concrete developments, South Africa will continue to lag its peers in Africa – notably Kenya, Nigeria, Rwanda and Egypt – who continue to derive the benefits that technology adoption adds to economic growth and social development.

“Unacceptable delays in implementing policies, such as the migration from analogue television signals and the rollout of broadband networks, continue to frustrate the potential contribution of the ICT sector to the overall economy,” the report reads.

“We emphasise again our concern at the slow pace of improvement in South Africa’s basic education for the majority of pupils. Exposure to and familiarity with ICTs for all learners is essential, in order to equip them to adapt the modern tools to their daily lives.”

It says that while there have been some laudable initiatives such as the use of tablets in Gauteng schools, they are yet to reach a sustained, critical mass for all grades of school-goers. Also, of over one million pupils entering the schooling system each year, only half will write matric and less than 20% will be able to enrol for tertiary studies.

The lack of overall market growth is also being aggravated by a continuing restriction of the skills pipeline due to pupils performing poorly in maths and science.

The JCSE says it is concerned that a prolonged failure to improve the science, technology, engineering and mathematics (STEM) output will have a dire impact on the country’s ability to counter the growing risk of cybercrime attacks, which is estimated as costing R1bn each year, as well as its capacity to maintain a competitive and innovative ICT industry.

The report says one of the chief concerns is that too many state entities have disparate views on their roles in regulating, acquiring, implementing, promoting and utilising the broad range of elements that come under the ICT umbrella. This has resulted in resources being wasted and no holistic view.

“…we continue to suffer from a lack of current, coordinated data about the so-called ICT sector in South Africa. “So-called” because it is almost impossible to define where the creation and implementation ends and the embedded use and further development of ICTs begins,” the document reads.

It says there is a critical need for academia and business to partner in influencing the government’s understanding of future skills, so that all three spheres can invest in the development of people, to prepare them for the changed roles that will come from the Fourth Industrial Revolution. 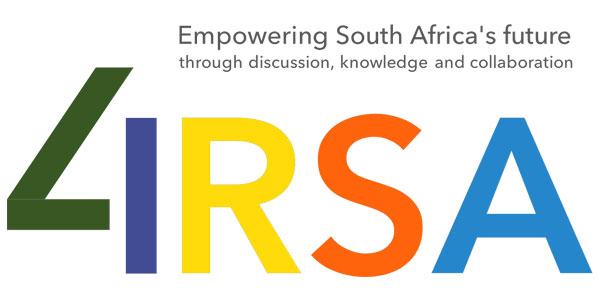 Despite the failure of the schooling system, the JCSE says it is pleased to observe many private sector initiatives to address the skills gap.

“Although one could argue that this is self-interest, most of the programmes reach beyond the needs of a vendor to support its products and offer genuine skills upliftment and employment opportunities.

Also, the JCSE has continued its partnership with BankSETA, which has funded 50 students through the Digital Skills Pipeline Programme, a two-year initiative to improve employability of matriculants and graduates. They are being taught scarce IT skills and exposed to realistic project experience.

Three universities have partnered with Amazon Web Services to offer a specialised cloud-computing focused curriculum. Others may join the programme later.

The government has committed to train one million young people between 2019 and 2030 to become data scientists.

“On the face of it, this is a very welcome initiative, but examination of the numbers causes some doubts about the feasibility of the programme. As Moira de Roche (a director of IITPSA) commented, ‘One can’t just churn out data scientists; instead they need some specialist skills which are only built by experience of about five to eight years’.”

Telkom-owned IT services company BCX’s Explore Data Science Academy (EDSA) is teaching students how to solve real world problems during a one-year engagement, using the latest data science tools and methodologies. But the report says the initiative is nowhere near the scale the government envisages.

The JCSE says it agrees with the prevailing opinion that reaching even a tenth of this ambitious goal will be very tough. The EDSA is offering 300 or 400 internships over 2018/2019.

It says that hopefully there will be more realistic results from the launch of Microsoft Azure data centres, which intend to add 53,000 new jobs by 2022, with an additional 112,000 generated through other cloud services.

Practitioners to fill these jobs must be appropriately skilled. Microsoft claims its programmes can train school leavers to the level of software engineer or data scientist.

According to a master plan developed by the ICT sector, it wants to work with the government to introduce new legislation and policies for ICT to become a formal part of the school curriculum to support the digital economy.

Its measures for success in this regard are the inclusion of an ICT relevant curriculum by next year, STEM subjects digitised by 2020, and a common platform for learning by the same year.

This article was first published on https://4irsa.org/ - the official website of the 4IRSA alliance between the Universities of the Witwatersrand, Johannesburg and Fort Hare, Telkom and the Department Of Telecommunications & Postal Services (DTPS) that aims to stimulate dialogue, understanding and action to shape a coherent 4IR plan for South Africa.