The ‘Lung Lab’ is a Wits University Centre of Respiratory Excellence in the Department of Pulmonology at Helen Joseph Hospital in Gauteng.

Wits alumna Dr Anita Graham is director of the Lung Lab. She is a specialist pulmonologist in the Division of Pulmonology, Department of Internal Medicine,  School of Clinical Medicine in the Faculty of Health Sciences at Wits and Head of Pulmonology at Helen Joseph Hospital, which is a Wits teaching hospital. 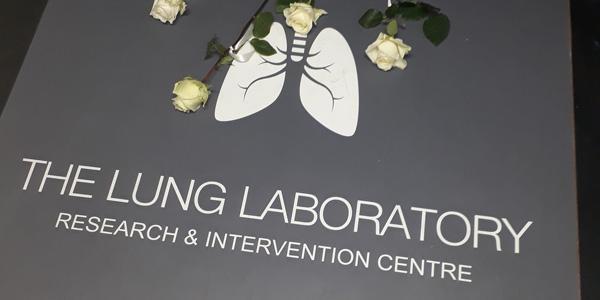 Tech use in bronchoscopy an African first

“We want to provide consistent, first world diagnosis, staging, management and palliative care to the most vulnerable and at-risk community,” says Graham.

The Lung Lab houses a bronchoscopy suite, which performs the endobronchial ultrasound (EBUS) for diagnosis and staging of lung cancer, as well as facilities for sonar-guided pleural and lung biopsies and pleural catheter placement.

“The cryo-probe [tech that targets and destroys diseased tissue with extreme cold] is the first of its kind to be used in Africa for bronchoscopy. Our EBUS is one of only four state-available EBUS systems in the country,” says Graham.

The Lab provides state-of-the-art interventional and diagnostic techniques for a multitude of lung diseases, although the focus is on lung cancer.

“At present, there is a major shortfall in the care of our patients with lung cancer. Respiratory disease is not just about the diagnosis but long-term follow up, management and psychosocial support. For this, an entire system of healthcare workers and allied support is needed,” says Graham.

In the process of addressing respiratory health care inequity in disadvantaged communities, the Lung Lab will research the reasons behind the globally emerging pandemic of lung cancer.

“Our current research includes lung cancer in the back female South African population, HIV and TB and their potential cause and development in lung cancer and epidemiological barriers in lung cancer,” says Graham.

The Lung Lab is a partnership between the University of the Witwatersrand, Helen Joseph Hospital, and the Gauteng Department of Health. It is part of a three-year project funded by an R20.25 million grant from the Bristol Myers Squibb Foundation.