Scientists peep deep into a diamond to examine its defects

Researchers take a deep look into a diamond to see how the atoms in its platelet defects are arranged in the hardest natural material known to man.

A multinational team of researchers, including a scientist from Wits University, have taken a deep look into a diamond to see how the atoms in its platelet defects are arranged in the hardest natural material known to man. 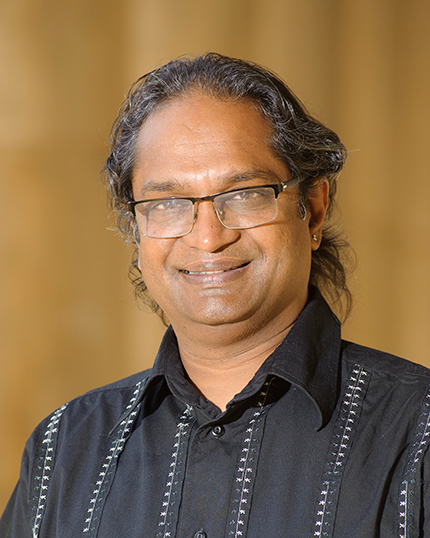 Using two processes, namely transmission electron microscopy and electron energy-loss spectroscopy, the scientists probed the spatial arrangement of carbon and nitrogen atoms forming the core of the defects. The nature of the bonds between the atoms was also determined.

Like voids and inclusions, platelets are known as “defects” or imperfections in diamonds. Where the carbon atoms in diamonds are in perfect periodic arrangement, a platelet defect disrupts the periodic arrangement of the carbon atoms, resulting in a defect that looks like a tiny straight line inside the gem stone when imaged with an electron microscope along a specific direction in the diamond crystal.

Research on the nature of defects in a diamond has been going on for many decades, but the breakthrough came when an atomic resolution aberration corrected transmission electron microscope at the Centre for High Resolution Microscopy at the Nelson Mandela University was used to image and analyse the platelet defects. The microscope was operated in scanning transmission electron microscopy (STEM) mode, using a high angle annular dark field detector together with electron energy loss (EEL) spectrum imaging, says Professor Mervin Naidoo from the Wits School of Physics. An article on the team’s work that included scientists from the Nelson Mandela University, Free State University, Oxford University in the UK and the Max Planck Institute in Germany, was recently published in the journal, Nature Materials.

Thin diamond sections for STEM analysis were prepared by using a focused ion beam (FIB) to cut sections of 5x10 microns with a thickness of about 20-50 nanometers (nm is a billionth of a meter). The sections were then investigated in an atomic resolution electron microscope by passing a focused beam of electrons with a well-defined energy through the thin diamond section. The interference pattern formed by the electron “waves” after passing through a thin diamond section generates an image of the spatial arrangement of the carbon atoms in the diamond crystal as well as the carbon and nitrogen atoms in the platelet defect. The corresponding electron energy-loss data provides information about the chemical composition of the platelet and the nature of the chemical bonds between the atoms.

“By juxtaposing these images onto each other, we were able to create a unique image of the platelet,” says Naidoo.

Carbon atoms in a diamond are arranged in a periodic three-dimensional lattice. The platelet defect interrupts the periodic arrangement of atoms by introducing a type of extended planar defect, containing mostly carbon and some nitrogen atoms. The atoms in the platelet are arranged in a zigzag ordering of defect pairs along the defect line.

“Diamonds are messengers from the deep. The knowledge of the structure and composition of a platelet defect could tell us how diamonds are formed in the Earth and which processes are involved in their formation,” says Naidoo. In other words, the current knowledge now allows researchers to formulate a dynamic model of the possible point defect interactions that eventually formed this platelet structure.”

Platelets can also now be produced in synthetic diamonds, which would allow scientists to compare the nature of platelets in natural diamonds to their synthetic counterparts.

“We have uncovered a mystery. We have answered by atomic resolution electron imaging techniques the question of the atomic arrangement of atoms in platelet defects in diamond. This study now opens up other exciting research avenues,” says Naidoo. “This is not the end of the story.”