Bridging the digital divide with photonics

Africa has 20% of the world’s population but only 4% of its internet data access. This “digital divide”, with low internet connectivity reach, particularly in rural areas, is both economic and geographic in nature. A team of international researchers, coordinated by Professor Andrew Forbes from the School of Physics at the University of the Witwatersrand in Johannesburg (Wits), South Africa, and Professor Ling Cheng of the School of Electrical and Information gathered in South Africa recently to address this problem. Their solutions were published in Nature Photonics last month. 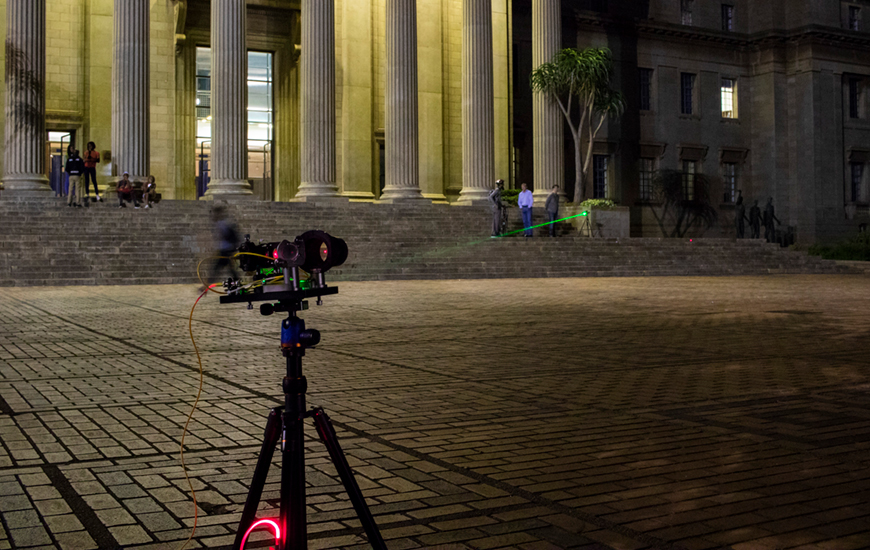 The “divide” can be broken down into two parts: an affordability gap due to low disposable income and a geographical gap, due to lack of infrastructure. If South Africa’s gap was to be addressed by state-of-the-art optical fibre then an additional 160 000 km of fibre would be needed. This is possible but very expensive. But getting people connected is a priority, particularly for South Africa, where Broadband has been estimated to raise GDP by R130 billion and create 400 000 jobs. The Wits team are concentrating on bridging the divide by connecting communities with free-space optical (FSO) links – a network of communication channels through air, much like wifi but much faster and with a longer reach.

“Light holds tremendous promise for fast connections across medium distances,” explains Professor Andrew Forbes, team leader of the collaboration and Distinguished Professor in the School of Physics where he heads up the Wits Structured Light Laboratory. “Even Google, Facebook and SpaceX have exotic proposals for Africa that include drones and other aerial vehicles delivering connections in a blanket manner. We are working on point to point solutions with sustainable photonics that are home-grown.”

“Internet is not a luxury but a right,” says Mitchell Cox, PhD engineering student working on the project. Existing FSO systems are able to comfortably sustain gigabit connection speeds over multi-kilometre distances. “With further research and development into advanced digital signal processing and coding schemes, this may be increased dramatically with relatively little expense,” says Professor Ling Cheng, from the School of Electrical and Information Engineering.

The team are working towards a multi-hop FSO link that will cover tens of kilometres across the digital divide. Forbes points out that working with this team of Scientists and Engineers has allowed some of the most recent scientific findings to be rapidly and efficiently deployed to tackle this challenge. 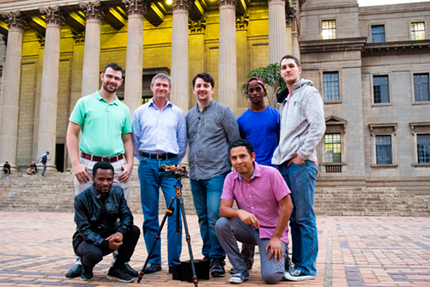 A recent report by the UN has highlighted that over 4 billion people in the world are “not connected”, with Africa having the lowest penetration (22%) and the highest gender divide (25%). “What is tragic is that economic upliftment is hindered by these divides, yet they are widening not shrinking with time,” says Forbes The UN estimates that $400m (just under R5 billion) allotted to bridging the gender digital divide remains unspent. The Wits team has already made several technical advances to address these issues and is about to embark on a commercialisation programme with a local listed company.