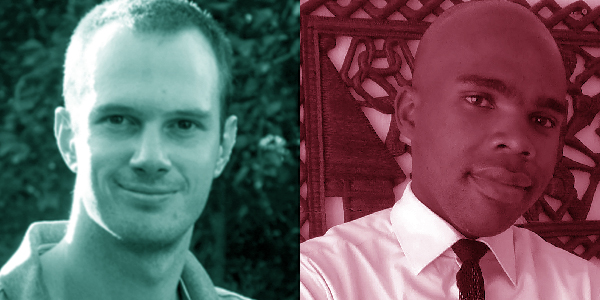 The irony of storms in the 'Cape of Drought'

Two meagre millimetres of rain predicted. But in February, Cape Town’s driest month, we were grateful for anything.

Sophie, eight months pregnant, was waiting as I pulled up. We usually go for a short walk on the way home from work. The clouds were gathering, like the past two evenings – each time only to clear again as night fell. But this time a few fat drops plopped onto the clay hiking trail.

A mysterious crackling began emanating from the surrounding scrub. It rose to a low rumble, and a hailstorm began drumming the dusty ground. Sophie squealed as a stone the size of an ice block stung her neck. One cracked me on the head. With a roar the full force of the storm unleashed.

In seconds, the dry narrow path became a churning chocolate river. Sophie sloshed on ahead of me. She had her arms over her head, but the hail mercilessly thrashed her bare calves. A blazing pillar of light impaled the path ahead. Thunder rocked the atmosphere.

We were victims of an extreme weather event. One moment the earth is parched, then suddenly your world is awash. We can expect to see more of this in future.

Extreme, unpredictable weather is characteristic of climate change. Experts at the Western Cape Winter Rainfall Outlook Summit in May 2017 concluded that weather in Cape Town for that year would probably be, “drier ... or normal ... or wetter than normal”. Talk about hedging your bets.

The City of Cape Town municipality has been lambasted for not preparing for their drought. But how does any city prepare for unpredictable weather events? Cities have a hard enough time procuring funds for vital programmes such as providing decent housing. How would they justify the eye-watering cost of a reverse-osmosis plant for the desalination of sea water that is not needed in the long run, but may be required to get the City through a few dry years sometime in future, maybe?

Water security is not a technological problem but one as multifaceted as a crystal chandelier. The ironic beauty of this problem, however, is that it crushes disciplinary silos and forces academics, governments and civil society to work together – something that is bitterly needed, if we are going to adapt to a changing world.

Sophie and I made it to the car. The seats sucked the rainwater from our clothes and smelt musty for days. Driving home, flotsam smeared the steaming roads and the parting clouds revealed a cobalt evening sky. Within minutes, the storm was over. The parched earth had swallowed the shower thirstily. The drought was not nearly broken, but the rain had pushed Day Zero a little further back.

Dr David Olivier is a Postdoctoral Research Fellow in the Global Change Institute. He is currently researching the narratives around the water crisis in Cape Town and how these shape public perception. He earned a PhD in Sociology in 2015, having researched the physical and social benefits of urban agriculture in Cape Town.

On November 9, 2016, torrential rains washed over Gauteng and led to flash floods that caused large-scale damage, and even deaths, in parts of the Johannesburg, Ekurhuleni and Tshwane metropolitan areas. This storm was not only a sign of things to come, but also unveiled a host of underlying vulnerabilities within the City of Johannesburg and its surrounding areas.

Urban floods are a major threat globally. These deluges lead to disrupted economies, personal injury and the loss of life – and it is often the most impoverished who are most vulnerable. The City of Johannesburg Disaster Management reported that 862 people in some 373 households were severely impacted by the storm that flooded the Setswetla informal settlement in Alexandra, north of the CBD last November. News24 reported that some people never managed to return home.

Johannesburg has the highest rate of urbanisation in South Africa. Rapid urbanisation and population growth leads to profound changes in the City’s natural landscape. These alterations affect ground surface permeability and interfere with natural water flow and infiltration. As large numbers of people flood the City of Gold in pursuit of a livelihood, they often end up settling on marginal land (such as flood plains and river banks) so they can be near sources of income and avoid paying high rental rates.

These settlements are characterised by extreme poverty and almost non-existent basic services. There is nowhere to go to escape hazardous onslaughts like floods. Often these people lose everything they have – sometimes even their lives.

Flooding is not just the result of a heavy downpour or the failure to maintain and clean storm water drains. It is much more than a technical problem to be solved through engineering and top-down interventions such as adherence to by-laws. These tend only to provide solutions for formal developments and do not adequately cover informal settlements. Flooding results from failing to plan, design and maintain our settlements – whether they are formal, or informal.

Effective interventions that address prevailing urban realities are urgently needed. It is important to identify and profile Johannesburg’s urban ‘hot spots’ to mitigate urban flood impact. This will help proactively minimise the risk of different communities within their unique contexts. Local researchers, NGOs, government, community leaders and committees all have a role to play in enabling vulnerable urban communities to adapt and mitigate flood impact. We need to acknowledge that urban informal settlements are an integral part of this City and plan accordingly.

Paulose Mvulane is a Master’s candidate in the Global Change Institute. His research interest is in environmental management and issues of urbanisation, urban governance, food security, and ways to create sustainable resilient cities. His Master’s explores the vulnerability of urban informal settlements to flood risk under climate change.