CSI for bacteria: Inside Listeria

In a lab in Joburg, a crack team of Wits scientists led the investigation into the ubiquitous Listeria bacteria that stick like glue and thrive in the cold.

Listeriosis has killed 201 people since the outbreak was announced on 5 December 2017.

Dr Juno Thomas, a clinical microbiologist and alumna of Wits Medical School heads the Centre for Enteric Diseases (CED) at the National Institute for Communicable Diseases (NICD). The NICD is a division of the National Health Laboratory Service (NHLS). Dr Anthony Smith is a senior medical scientist within the CED and an alumnus of Wits. He holds a PhD in molecular microbiology.

“Enteric refers to organisms that infect the gastrointestinal tract. Some of these organisms – like Listeria monocytogenes – can enter the bloodstream from the gut, go through to the brain, and cause meningitis. That’s the complication with some of these diseases,” says Smith, who holds a joint staff appointment at Wits and the NICD. 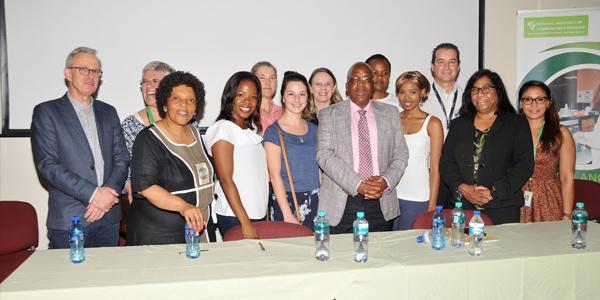 Listeriosis is the disease caused by Listeria bacteria, which are foodborne pathogens. In South Africa’s outbreak, the specific genus and species involved is Listeria monocytogenes. Listeria are insidious bacteria that can contaminate a wide variety of foods, such as processed meats (polony), ice cream, or corn, and are ubiquitous in that they are widespread in the environment worldwide.

“In terms of listeriosis outbreaks that have been described around the world – it’s frequently described, in the US, Australia, in England in corn recently – our outbreak in South Africa is the largest listeriosis outbreak ever described worldwide. Overseas they maybe deal with up to a few hundred cases, but we’re over the 1000 mark; 1027 cases have been reported from 1 January 2017 to 2 May 2018,” says Smith.

In these high-risk people, symptoms could get worse than diarrhoea and, because of their compromised immune systems, Listeria enters their bloodstreams. Data has determined that around 29% of cases (for which patient outcome data is available) in South Africa have died.

“In pregnant women, the bacteria cross the placenta to the child and then the child is born very ill. Mostly what happens is the mother’s fine but the child dies – stillbirths or the child is born alive but with a serious disease, and about 30% will die. They die of septicemia, which is a bloodstream infection, or meningitis, an infection of the brain,” says Smith.

Within this context, when reports of Listeria cases spiked and thus raised the alarm in July 2017, the CED geared-up to find the type and source of the killer Listeria.

The CED is a reference laboratory in South Africa for enteric and gastrointestinal pathogens. Clinical diagnostic laboratories in the government and private sector submit isolates to the CED for further investigation. An isolate refers to a sample of bacteria grown from a specimen collected from an ill patient. At the CED the scientists create genetic (DNA) databases of enteric pathogens such as Salmonella (including Salmonella Typhi, which causes typhoid fever), Shigella, Vibrio cholerae (including those that cause cholera), and Listeria monocytogenes.

“We create genetic databases for all these organisms and once you’ve got a good background database of numbers, places and dates, when you suddenly see a spike in cases you can feed that into your database and see if you’ve seen this DNA profile before. The words are ‘surveillance’ and ‘molecular epidemiology’ and it gets done here for most of the enteric organisms,” says Smith.

The spike in Listeria cases in South Africa happened around July 2017. The five to 10 cases per month usually reported throughout the country suddenly spiked to 40 or 50 cases in a month. This alerted the NICD that something was afoot.

“Clinical diagnostic laboratories across the country do the primary diagnosis of Listeria from patient specimens. However, these labs routinely identify just to the Listeria genus/species level. As a reference lab, we take it a few steps further and ask; could these isolates be related somehow – what is their genetic relatedness? Are they the same strain? Is there an outbreak involved?” says Smith, adding that one definition of an outbreak is a sudden spike above normal baseline levels.

The method used to determine relatedness relies on analysis of the genetic sequence of the pathogen. In the case of the listeriosis outbreak, the cgMLST (core genome multiple locus sequence typing) method was used. Dr Mushal Allam from the NICD's Sequencing Core facility conducted the bioinformatics required to conclude the investigation.

The CED, led by Thomas, comprises a large group of medical scientists, medical technologists, data clerks, and epidemiologists who investigate the incidence and distribution of enteric diseases. The investigation includes field investigations to interview those who have been sick and to collect and analyse data. 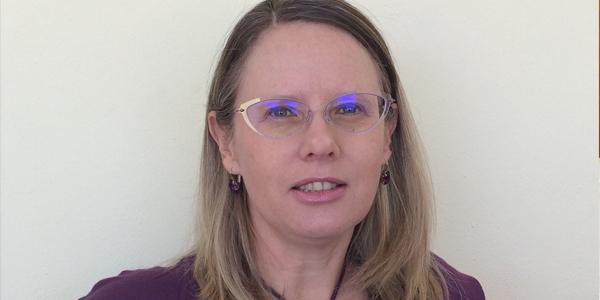 During outbreaks, the NICD produces regular Situational Reports. The listeriosis Situational Report dated 7 May 2018 shows that, prior to 2017, an average of 60 to 80 laboratory-confirmed listeriosis cases per year (approximately 1 per week), were reported in South Africa. In July 2017, an increase in laboratory-confirmed cases of listeriosis was reported to the NICD. Investigations into the reported increase followed. On 5 December 2017, the Minister of Health, Dr Aaron Motsoaledi announced an outbreak. The source of the outbreak was identified as ready-to-eat processed meat products manufactured at Enterprise Foods production facility in Polokwane, Limpopo. A recall of affected products was initiated on 4 March 2018.

The CED undertook to investigate all cases in order to identify the killer pathogen, a task complicated, however, by the fact that Listeria can incubate for more than two months before people show symptoms.

“You can eat a contaminated food item and some people could show symptoms within a few days. But in other people, the incubation before you see symptoms can go up to 70 days, and that’s a problem. Now you’re ill after 70 days and I come to you and ask, ‘can you tell me what you ate over the last 70 days?’  Who can remember what they eat over the last 70 days? That’s what makes investigating this outbreak so difficult,” says Smith.

The way to find a source is to interview the people who were sick. A team at the NICD conducted interviews with these people or the families of the deceased.

“With the patient interviews and questions related to types of food they have recently eaten, we include questions related to eating processed meats, because Listeria is a known risk in processed meats – polonies, hams, pâtés – things that sit in the fridge. Listeria love to just sit in the fridge and multiply. Listeria says, ‘I don’t mind the cold, let me go big!’ When patients report that they have eaten a particular type of food item, then we also ask about the brand of the food item. For example, when polony started coming up commonly as a food item eaten, then we start asking about the brand – Enterprise, Rainbow, Eskort, etc.,” says Smith.

Environmental Health Practitioners from the Department of Health also take food specimens from fridges (if available) from those who were sick to see if Listeria can be grown back in the lab.

“Then all the isolates come back to us for DNA fingerprinting (DNA profiling). Let’s imagine they had five isolates from five different patients. Then the question is: could these isolates be a single strain with the identical DNA profile, i.e., the same genetic variant?”

Closing in under the microscope with DNA profiling

If you take the Listeria genomic DNA [the hereditary material in living organisms that carries genetic instructions] out of the bug and you pull it apart, it consists of some three-million bases. DNA is made out of Adenine, Cytosine, Guanine, and Thymine (A, C, G and T) and there is an order to it: CCGATC, GAACTGA, etc. – all possible combinations running in a string, three million of them, giving a genome a size of around 3Mb

"If you find human DNA at the scene of a crime (the suspect), the human DNA will have a particular DNA fingerprint. Now if you have a database of humans with all their DNA fingerprints, and you have the DNA fingerprint of the suspect from a crime scene, you can throw that into the database and look for a possible match to identify the suspect. That’s exactly the same thing we do here,” says Smith. 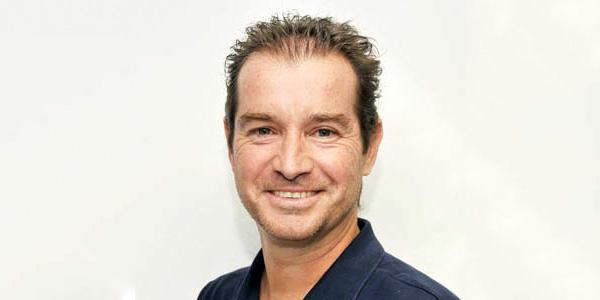 The whole-genome sequencing (WGS) process entails extracting genomic DNA from the Listeria bacteria, performing the sequencing process and analysis of WGS data to generate the DNA profile of the bacteria. Then DNA profiles of isolates are compared to investigate their genetic relatedness and to look for DNA profile matches.

When isolates arrive at the CED, the identity (genus/species) of the bacteria must first be confirmed (in this case, Listeria monocytogenes) before proceeding to WGS. Confirmation is important because the technology is expensive and it is wasteful to sequence an isolate that is not Listeria.  Whole genome sequencing costs R2200 per isolate and the CED has already sequenced the genomes of 1500 isolates.

"Our big breakthrough in identifying the source of the outbreak came in January 2018. There was a crèche in Soweto where some children fell ill and the symptoms showed quickly. We took specimens from the children and were able to culture the Listeria outbreak strain ST6. We also asked, ‘What food do you prepare for the children?’ and on the list of items was polony. We asked ‘Do you still have that polony?’ and yes, in the fridge was the polony the children were eating – Enterprise polony. We isolated Listeria from the polony and the DNA profile was a perfect match to the ST6 outbreak strain,” says Smith.

This prompted a visit to the Enterprise Foods production facility in Polokwane, which manufactures many food items including polony. Environmental Health Practitioners from the Department of Health sampled and swabbed the facility. They found Listeria throughout. The DNA profile of many isolates found at there was a perfect match to the DNA profile of the ST6 outbreak strain. As a result, production of food at the Enterprise facilities was halted and all affected food products recalled on 4 March 2018.

Although South Africa’s Listeria outbreak is now under control, the reported numbers are not just going to drop away overnight, says Smith.

“We still expect to find some cases a few months after the date of the product recall, especially given the 70-day incubation period of the bacterium.”

Furthermore, contaminated food exported from South Africa can quickly make listeriosis a global problem, so there is a need for surveillance for this outbreak strain in the many African countries to which the contaminated food items are exported.

“The idea is for everyone to be on the same page in terms of methodology: So I have the DNA profile for our ST6 outbreak strain in South Africa and somebody in another country might also identify an ST6 strain, which they want to compare to our outbreak strain. We can then share the DNA profiles electronically to see if they match. It’s all about foodborne pathogens and using the same molecular subtyping methodologies so we can globally compare data and solve a global problem,” says Smith.