The settlement of white colonisers in the Global South robbed Africans of their most precious resources. The occupation of land gave rise to a huge loss of material resources for most black people, as they were moved to water scarce areas and their livelihoods threatened.

When Cecil John Rhodes and the British South Africa Company (BSAC) established the colonial state of southern Rhodesia (Zimbabwe) in 1890, the initial intention was to find gold. The colonialists imagined that the rich seams of this mineral extended well beyond the Rand goldfields. They were disappointed, however, as Zimbabwe did not have that much gold.

“They never found as much gold as they wanted and they could not turn back. They decided that the land was so good, the climate was so good, and the area that Africans occupied was the main watershed and had the richest soils, good for agriculture.”

White settlers turned to agriculture and, with the help of the colonial administration, seized most of the fertile lands occupied by Africans. Most of these lands lay on Zimbabwe’s main watershed belt.

With this new discovery – with significant economic and social benefits for the white settlers – Africans were forcibly removed from areas with good rainfall and relocated to areas such as Gwayi and Shangani, which were arid and inhabitable. The Land Apportionment Act of 1930 further systematically banished Africans from fertile land with good water sources and rainfall.

“Land and water were the twin assets at the centre of colonial capitalist development,” says Musemwa.

The colonialists settling in Africa hugely influenced the continent’s water supply and governance. Race, class, and spatial segregation regularly determined water supply and access. Musemwa, whose research focuses on urban water history, explores these inequalities in his book, Water, History and Politics in Zimbabwe: Bulawayo’s Struggles with the Environment, 1894-2008, through a comparative case study of white Bulawayo and the African township of Makokoba. 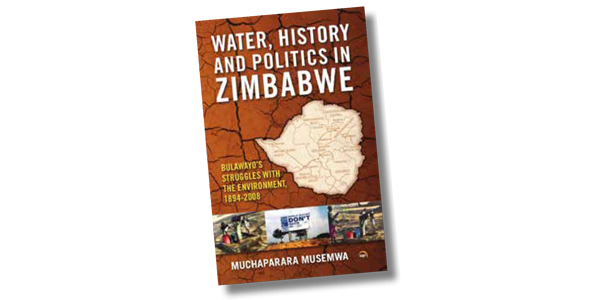 Bulawayo was established in 1894 for white settlement and industrial development. Makokoba, under white colonial rule, followed a different development trajectory, with scant water resources for domestic consumption and productive use compared to white Bulawayo, says Musemwa.

Historically, Bulawayo was a water-scarce city. This was aggravated by a series of extreme droughts that hit the city and the wider Matabeleland province from 1894 onwards. The simultaneous influx of mostly British settlers and the development of secondary industry resulted in the exponential rise of water consumption in the city.

In response to the growing need for water, the colonial state built more dams to accommodate the influx of settlers. However, these dams only benefitted white Bulawayo and not Makokoba.

“When the dams were built, there was almost guaranteed water supply to the white city of Bulawayo. The state now had to decide who got water and how much. Obviously, white rate payers got the bigger allocation of water, and not Africans,” says Musemwa.

While water scarcity for the white population arose because of climate change, for Africans in Makokoba water scarcity was the result of power exercised by colonialists through racial and spatial segregation.

“Political and economic power concentrated in the hands of the white settler state officially shaped the distribution of water supplies to Makokoba,” says Musemwa, adding that water colonisation, its governance, and inequitable distribution during the colonial period is not unique to Bulawayo – it was replicated in other Zimbabwean cities and other colonised southern African countries.

A century later and issues around land redistribution are gaining traction in South Africa. Water resource distribution and management issues should be central to the debate, says Musemwa. Despite decades of independence from colonial and apartheid rule in southern Africa, access to water still needs to be decolonised, as it still reflects traces of the colonial water governance framework.