Column: We have had some tyrants in our time but not until the last century or so have we ever come up with the idea of taking a dump in our own drinking water. 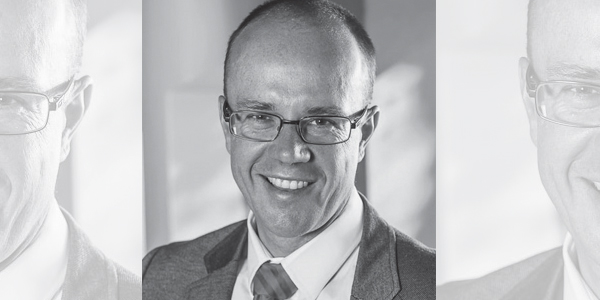 We are the product of an infinite number of existences. We have evolved in a Universe that happened to have just the right balance of Newtonian and quantum forces to not fly apart or collapse. There have likely been billions of Universes that have blown apart, until one day when a Universe Big Banged and happened to be just right to support life.

We live in a Universe where all the physical laws are set just right for it to be able to last the tens of billions of years necessary for interesting stuff to happen. In addition to all that, there is one other quirk of our Universe that makes life possible. Our Universe contains water.

The water molecule has a range of weird qualities. It is shaped like one of those odd, chopper tricycles we rode as kids – two small electro-positive hydrogen atoms at the back, and a big old electro-negative oxygen atom at the front. This gives it some interesting characteristics.

For a start, it allows water to be the universal solvent. Without that, life is stopped in the starting blocks.  It also allows water to have a relatively narrow, three-state space, which is why it is the only substance that we observe as a gas, liquid and solid in our daily lives. Not only that, when it freezes, it should become denser and sink. But because of the crystalline structure it forms, it lightens up, so ice floats. Without this property, fairly early on in Earth’s history, the oceans would have frozen from the bottom up and none of us would have ever happened.

So here we are at the transect of three of the most amazing flukes in all of space-time: Physical laws that allow all of this to happen; a molecule that makes life within our little corner of the Universe unbelievably sublime; and finally, through a multi-billion-year process, the organisation of countless other little molecules into sacks of stardust that can actually think for themselves (that’s us).

We are the Universe’s chance to know itself. Or, if you are from the artier parts of Braamfontein Campus East, we are the eyes through which God surveys his creation. And how do we deal with this magical moment? We take great care to clean the most astonishing life-giving stuff that ever existed, turn it into the most gorgeous of elixirs, and defecate daily in it.

This is not necessarily illogical but may prove that we are not the main drivers in our own evolution, or indeed, the Universe’s greatest achievement. Rather, this may show that the world and everything around us, is controlled by our gut bacteria – or, as my Dad (one of the many Gear family Wits alumni) loves to point out, “The chicken is the egg’s means of reproducing itself”.

Certainly, the bacteria that live within us play a vastly more complex role in our lives than is currently recognised. Despite the obvious things like balancing our digestive regime, they have been proven to influence our mood, our propensity for putting on weight, and even our food cravings. Is that really who we are? Mammalian vessels for a bacterial joyride?  Perhaps. But I say let’s fight back! Let’s celebrate our roles as observers of the Universe, as Creation’s mind, eyes and ears. We have a responsibility to our partner in this endeavour – the mighty and magnificent, if not truly magical, dihydrogen monoxide.

Unfortunately, we cannot deal with any of this on the cosmic (or even, humiliatingly) the gastric scale, but we can control what is in front of us. I was lucky to work frequently with the world-famous conservationist and environmental statesmen, Dr Ian Player, in the last few years of his life. There is one point he made that has stuck with me for a decade: “At what point,” he mused, “did we just come to accept that you can’t drink river water?” Here we are, on a beautiful, blue-green jewel, suspended, mind-bogglingly many miles from anywhere else useful to our purpose. Our little planet is awash with the one liquid that can make us happen, yet, in familiarity breeds contempt.

It’s time we started to appreciate water, not as an individual cup but as a flow that passes through us and our lives. It should enter our houses from the sky or be piped in as the best drink there ever was. It should circulate through our kitchens, through our showers, and only then, finally, have a pass through our toilets. After that, let it continue on its journey into our gardens or back into the city’s pipes to be cleaned and returned to us again.