Study conducted by the School of Geosciences reveals how platinum-bearing chromite layers form in the crust of the Earth.

South Africa’s history and economy has been built on its rich natural treasures of a number of precious metals, stones and minerals.

The country’s mineral deposits have been created over hundreds of millions of years through processes that are still not completely understood.

One of these processes, that has troubled scientists and geologists for years, is the origin of chromitite layers hosted by layered intrusions – a major source of chromium on our planet. This process has been a mystery for decades, as scientists tried to work out how layers of pure chromite form from magmas that are coming from Earth’s mantle. These are supposed to be rich in a mineral called olivine – not chromite. 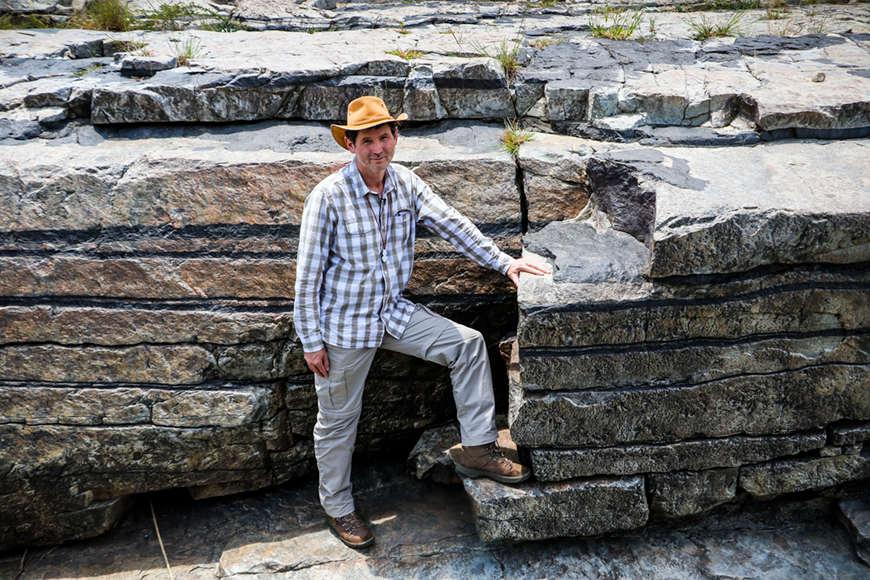 “It has been widely believed that magmas sourced from the mantle cannot directly crystallise chromite, as the mantle rocks that are being melted are rich in olivine, and therefore these melts should crystallise olivine, not chromite,” says Professor Rais Latypov from the School of Geosciences of the University of the Witwatersrand in South Africa, whose research team published a paper in Nature Communications in 2018.

“Together with a large group of my colleagues, I have been trying hard for several decades to find a mechanism that can explain the formation of these large chromite deposits in shallow crustal chambers but it turned out that we have been looking in the wrong place.”

To find the answer to these questions, Latypov and his team have been studying layers of chromite in South Africa’s Bushveld Complex, where over 80% of the global resources of platinum-bearing chromite deposits can be found.

They discovered that some basaltic magmas will form chromite after decompression as they rise up from the mantle through the crust towards the Earth’s surface. The reduction in pressure, as the magma rises up from the mantle to the crust, is key to the crystallisation process of the chromite.

“When these magmas arrive into a shallow magma chamber, sitting only a few kilometres below the surface of the Earth, they are already saturated in pure chromite, and, on cooling, can crystallise layers of platinum-bearing massive chromitite.

Chromium is an important industrial element that substantially improves the physical and chemical properties of steels, increasing their strength and making them corrosion-resistant. The platinum that is associated with these rocks is used in catalytic converters within cars to break down toxic exhaust gases into relatively benign species.

These zebra-striped coloured layers of platinum-bearing chromite that are formed through this process can be seen clearly in the ridges at the top of the Bushveld Complex, near Steelpoort in Mpumalanga, which became exposed through erosion over the many millions of years since they formed. Some of these layers can be several meters thick and extend for hundreds of kilometres.

“The Bushveld Complex covers an area of 100s of square kilometres. It stretches from Steelpoort in Mpumalanga in the East, past Pretoria to the Pilanesberg in the West; and from Bethal, Mpumalanga in the South to north of Polokwane in Limpopo. We believe that the Bushveld chamber must have been operating as a flow-through system into which magmas were entering and depositing their chromite, before flowing out of the chamber and erupting as basalts via volcanoes, which have now been eroded away,” says Latypov.

“It seems that the reduction of lithostatic pressure during the transfer of mantle-derived melts towards the surface plays a vital role in the formation of magmas that produce planetary resources, without which modern human society cannot develop in a sustainable manner.”

Further research is being conducted on whether other magmatic deposits around the world, such as vanadium-bearing magnetite in layered intrusions, can also be related to lithostatic pressure reduction.