Scientists have pioneered a process to detect TB bacteria by adding a molecule to the bacteria's own armour that lights up under fluorescent light.

In a paper just published in Science Translational Medicine, authors report that Mycobacterium tuberculosis (Mtb) specifically can be detected with a flourogenic trehalose analog.

This analog, a new stain called DMN-trehalose[1], lights up only inside living TB bacteria, which mitigates the time-consuming process of washing usually required to reveal bacteria.

Patients with TB can now be more accurately and quickly diagnosed and treated.

“Where we’re positioning the new stain is to create a simpler process, which provides the opportunity to stain TB bacteria in a smear more quickly and with high specificity,” says Professor Bavesh Kana, Head of the Centre of Excellence in Biomedical TB Research at Wits and co-author of the paper.

TB bacteria have traditionally been detected in three ways:

TB bacteria are rod-shaped and have protective exterior layers – similar to a capsule that contains and protects the powder inside. One of these layers is mycolic acids, made with a molecule called trehalose, which is a fatty “brick”.

TB bacteria use trehalose to build their own defence wall, which protects the bacteria against a person’s immunity. Trehalose is a chemical molecule that is unique to the family of organisms that contain TB bacteria.

“Mycolic acids are fatty acids and because of that, they’re waxy. They form a thick waxy coat that drugs struggle to get through – it’s like the brick. This layer protects the bacteria,” says Kana.

The innovation involved the fusing [conjugation] of trehalose with a DMN molecule. The resultant DMN-trehalose is then fed to sputum-derived bacteria. The TB bacteria take it up and incorporate the DMN-trehalose into their own cell walls. The bacteria then light up under a microscope when illuminated with fluorescent light.

The TB bacteria cell continued to use these ‘bricks’ for its protective wall, oblivious to the adjustment to its chemical composition.

“You know those invisible ink pens that you can’t see until you put the right light on? This is exactly like that. That’s the beauty of this – you don’t need to add anything. By the nature of its chemical properties, it lights up,” says Kana.

DMN-trehalose was created by Carolyn Bertozzi and her team at Stanford University. Kana and Dr. Christopher S. Ealand and Dr. Julian S. Peters at Wits added the DMN-trehalose to sputum smears from TB patients in Soweto, and demonstrated that it can work for the detection of TB from patient diagnostic specimens.

“Only live TB bacteria cells can do this [illuminate], because they have to build the DMN-trehalose into the cell wall,” says Kana.

DMN-trehalose is naturally fluorescent and solvatochromic [colour changing] and it only illuminates in the presence of specifically TB-type bacteria. The advantage is there is no background signal indicating anything other than TB-type bacteria and thus no need to wash to reveal these bacteria.

“Technically the process becomes quite simple. You take the sputum sample, incubate it with some DMN-trehalose for a couple of hours, smear it and then look at it. There’s no washing. It’s a no wash high specificity viability stain,” says Kana. 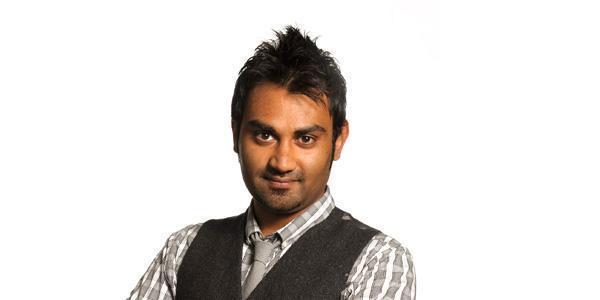 A patient infected with 100 TB bacteria, for example, could expect a gradual reduction in the number of TB bacteria over six months of treatment. Existing smear diagnostic methods, however, are inadequate at demonstrating how well a person is actually responding to treatment, as these methods reveal live and dead bacteria.

“Because DMN-trehalose only stains live bacteria, it will better indicate how well or poorly a person with TB is responding to treatment,” says Kana.

“We could demonstrate [DMN-trehalose] in clinical specimens. We didn’t just do it in the lab – we went and got patients and did the smear on patients. Neil was able to help us get those patients,” says Kana.

Scientists have yet to establish whether DMN-trehalose detects living but inactive or dormant TB bacteria or Mtb that is not rod-shaped.

“We have seen TB bacteria that aren’t rod-shaped and that wouldn’t stain,” says Kana.

Ahead of TB Awareness Month in March 2018, TB remains the leading cause of death worldwide from an infectious bacterial disease. New diagnostic modalities that are cheap and scalable in the healthcare systems of countries with a high burden of TB are urgently required. In this context, innovations such as DMN-trehalose provide a framework to use existing diagnostic technologies more effectively.