Wits scientists and partners have sequenced the genomes of 24 South African individuals of different ethnolinguistic origins.

“The next step of progress is to use this knowledge to decipher what potential impact the genetic variants can have on the health of individuals, when we conduct health-related research,” added Professor Michael Pepper, Unit Director of the South African Medical Research Council’s (SAMRC) Stem Cell Research and Therapy Unit, Faculty of Health Sciences at the University of Pretoria.

Funded by the National Department of Science & Technology (DST), the focus of the Southern African Human Genome Programme (SAHGP) was to capture a full spectrum of diversity in under-represented populations. The programme, therefore, included ethnically self-identified individuals of different ancestries.

Whole-genome sequencing was used to study the differences in some of the major ethnolinguistic groups in the country. In this pilot project, eight admixed or Coloured individuals from the Western Cape, seven Sotho speakers from the Free State, eight Xhosa speakers from the Eastern Cape and one Zulu speaker from Gauteng constituted the sample group of the study.

Two study aims were to use novel whole-genome sequence data to (1) study possible correlations between language groups and genetic clustering, and (2) investigate the ancestral compositions of these individuals, including maternal and paternal lineages. 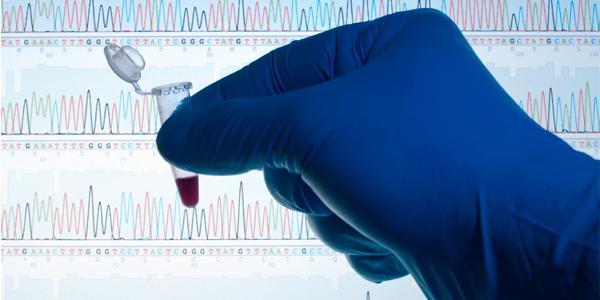 The results indicate that despite a short period of geographic and cultural separation between the Nguni and Sotho-Tswana speakers, there are measurable genetic differences between them. These differences are in part the result of varying regional ancestral contributions, but also of a random process of genetic drift. The paternal ancestry was almost exclusively of African origin, while the maternal ancestry was often of Khoesan origin, which is consistent with previous studies showing cross-cultural assimilation of female hunter-gatherers into Nguni and Sotho-Tswana speaking farming communities.

Coloured individuals showed varying proportions of admixture with Khoesan, African and European populations as well as populations from the Indian sub-continent. After the inclusion of additional representative populations in the analysis, the study revealed a much stronger South Asian ancestry in the Coloureds compared to previous studies.

“We have a richer understanding of the past, as the study confirms general historical accounts of African migration and admixture”, says Dr Ananyo Choudhury, Senior Scientist at the SBIMB at Wits University.

African populations harbour the greatest genetic diversity and have the highest per capita health burden, yet they are rarely included in large genome studies of disease association. This diversity provides both a challenge and an opportunity for biomedical research and the hope that Africans will one day benefit from genomic medicine. The study highlights the potential implications for disease susceptibility in Africans.

“South Africa has cemented a critical stone in the foundation to advance precision medicine for its people,” concluded Glaudina Loots, Director for Health Innovation at the DST.