Early human's ability to survive through prolonged arid areas in southern Africa developed from their ability to innovate and adapt.

The flexibility and ability to adapt to changing climates by employing various cultural innovations allowed communities of early humans to survive through a prolonged period of pronounced aridification.

The early human techno-tradition, known as Howiesons Poort (HP), associated with Homo sapiens who lived in southern Africa about 66 000 to 59 000 years ago indicates that during this period of pronounced aridification they developed cultural innovations that allowed them to significantly enlarge the range of environments they occupied. 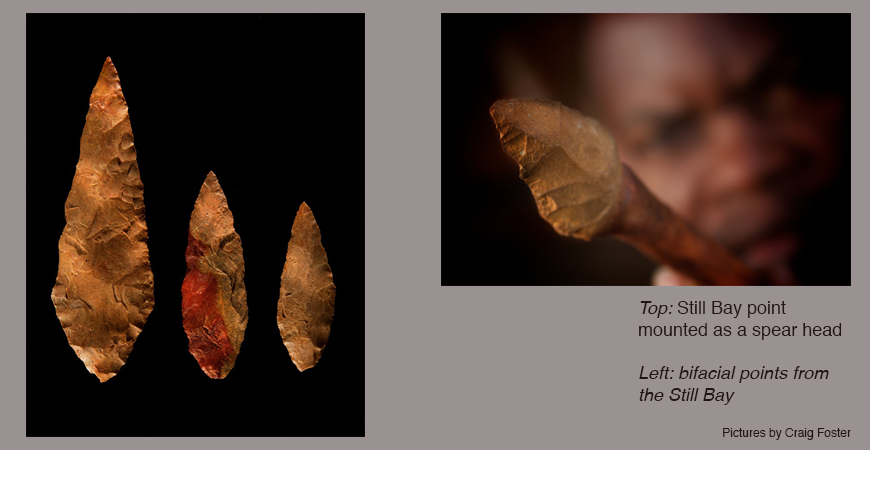 This cultural flexibility may have been the key to success for modern humans, says a team of international researchers, made up of archaeologists, paleo climatologists, and climate modellers from the French CNRS1 and the EPHE PSL Research University, Bergen University as well as Wits University. Their research was published in the Proceedings of the National Academy of Sciences.

“The most distinct of the many cultural innovations in the HP culture were the invention of the bow and arrow, different methods of heating raw materials (stone) before knapping to produce arrow heads, engraving ostrich eggshells with elaborate patterns, intensive use of hearths and relatively intense hunting and gathering practices,” says Professor Christopher Henshilwood, one of the team members from Wits and Bergen Universities.

Howiesons Poort is a techno-tradition in the Middle Stone Age in Africa named after the Howieson’s Poort Shelter archaeological site near Grahamstown in South Africa. It lasted around 5 000 years between roughly 65 800 and 59 500 years ago.

Using paleo climatic data and paleo climatic simulations, the researchers of the current study found that the HP tradition developed during a period of pronounced aridity.

This paleo climatic data and the distribution of archaeological sites associated with the HP, as well of that of the Still Bay tradition, which existed in the same environments about 5 000 years before (76 000 to 71 000 years ago), enabled the researchers to model the emergence of these traditions with two predictive algorithms that permitted them to reconstruct the ecological niche associated with each tradition and determine whether these niches differed significantly through time.

The results clearly indicate that HP populations were capable, despite the pronounced aridity that characterised the period in which they lived, to exploit territories and ecosystems that the preceding Still Bay people did not occupy.

While the Still Bay era is also characterised by highly innovative technologies – including engraving of ochre, use of personal ornaments, manufacture of highly stylised bone tools, heating silcrete (red rock) to produce better material for knapping bifacial points (spear points) using hard hammer and finally pressure flaking technology – the research team points out that HP’s ecological niche expansion coincides with the development of technological  innovations that were both efficient and more flexible than those of the Still Bay.

“It seems from the little evidence that we have that the population of Homo sapiens in southern Africa was considerably larger during the Howiesons Poort period,” says Henshilwood. 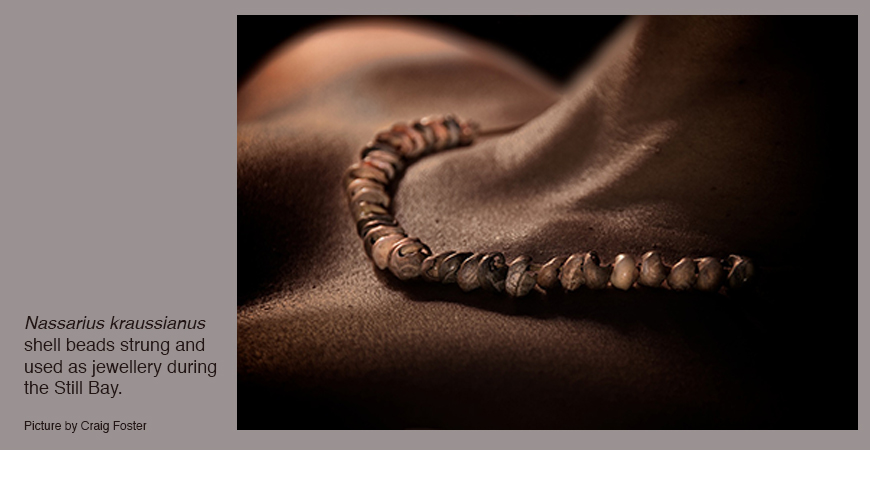 Henshilwood says the Still Bay people did not disappear. There just seems to be a gap between 72 000 years ago to 66 000 years ago, where there is almost no evidence of any people in southern Africa.

This study, which documents the oldest known case of an eco-cultural niche expansion, demonstrates that the processes that allowed our species to develop modern behaviours must be examined at regional scales and in conjunction with past climatic data.

The emergence of our species (Homo sapiens) in Africa, at least 260 000 years ago, was not immediately accompanied by the development of behavioural characteristics of more recent prehistoric and historically documented populations. For tens of thousands of years after their emergence (anatomically), modern human populations in Africa continued to use technologies that differed little from those of the non-modern populations that preceded them or that inhabited other regions both inside and outside the African continent.

A number of archaeological discoveries during the past twenty years have shown that from at least 100 000 years ago some populations in Africa, especially those in southern Africa, made pigmented compounds, wore personal ornaments, made abstract engravings, and manufactured bone tools. It is within this period, and those that follow, that archaeologists are able to recognize distinct techno- traditions, to determine with a certain degree of precision their age, and place these time periods within their proper climatic contexts.