WiSER scholar elected to American Academy of Arts and Sciences

Professor Achille Mbembe of the Wits Institute of Social and Economic Research (WiSER) has been elected to the American Academy of Arts and Sciences.

This election recognises the significance of Mbembe's scholarship within South Africa and the continent and beyond. 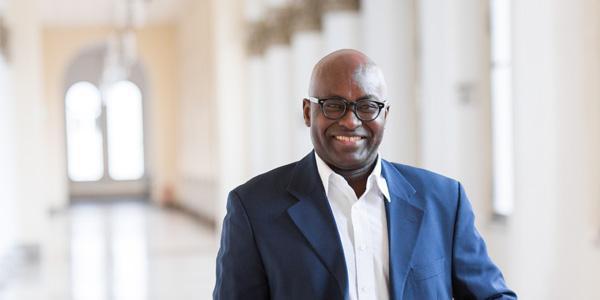 Born in Cameroon, Mbembe obtained his PhD in History at the Sorbonne in Paris in 1989 and a D.E.A. in Political Science at the Institut d’Etudes Politiques (Paris). He was Assistant Professor of History at Columbia University, New York, from 1988-1991, a Senior Research Fellow at the Brookings Institute in Washington, D.C., from 1991 to 1992, Associate Professor of History at the University of Pennsylvania from 1992 to 1996, Executive Director of the Council for the Development of Social Science Research in Africa (Codesria) in Dakar, Senegal, from 1996 to 2000.

He has written extensively on African history and politics, including La naissance du maquis dans le Sud-Cameroun (1996), Sortir de la grande nuit: Essai sur l'Afrique décolonisée (2003), and Critique de la raison nègre (2013). On the Postcolony was published in French in 2000, and was translated into English the following year.

Politiques de l'inimitié appeared in 2016, and Critique of Black Reason - translated by Laurent Dubois - will be published in 2017.

He is an A1-National Research Foundation rated academic.

Mbembe and other new members will be inducted into the Academy at a ceremony on 7 October 2017 in Cambridge, Massachusetts, USA.

In 2016 Professor Adam Habib, Vice-Chancellor and Principal of Wits University was elected to the Academy as a foreign, honorary member. His election acknowledges his contribution and excellence in educational, scientific, cultural, and philanthropic administration (non-profit sector).