The National Research Foundation (NRF) has awarded an A-rating to Professor Christopher Mathew.

Mathew's rating brings to 10 the number of A-rated scientists in the Faculty of Health Sciences at Wits. NRF A-rated researchers are recognised by their peers internationally as global leaders in their field. 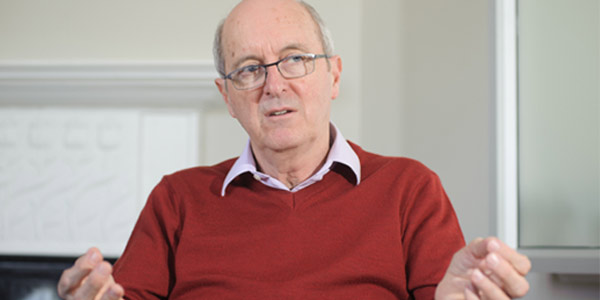 Mathew has made major contributions to the discovery of the genes involved in a range of monogenic and polygenic disorders, for which he was recognised by election as a Fellow of the Academy of Medical Sciences, UK.

He was also one of just four scientists named as a Highly Cited Researcher in 2015/16. These are authors with the most papers designated as Highly Cited Papers by the Essential Science Indicators (ESI). Highly Cited Papers rank among the top 1 percent most cited for subject field and year of publication.

Mathew joined the institute in February 2015. He and his team of postdoctoral fellows and students are developing an internationally competitive research programme on the genetics of African cancers. They aim to advance research in identifying the genes that cause cancer of the oesophagus, which is common among black African populations in South and East Africa.

"The burden of cancer in Africa is growing rapidly as our population grows and ages, with about 1.2 million cancer deaths annually predicted by 2035. We need a continuous expansion of our efforts in cancer prevention, diagnosis and treatment, and to train a new generation of scientists and clinical researchers to meet this challenge. Our recent, very successful, Wits Cancer Research symposium showcased the breadth and depth of cancer research at Wits, and I am very excited to be a part of our collective effort to grow research capacity in this important area,” says Mathew.