Makwetu embodied the values of integrity, selflessness, humility and hard work. He steadfastly believed in the South African constitution. 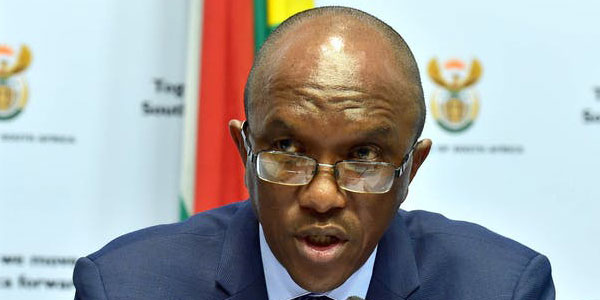 Kimi Makwetu, who passed away on 11 November 2020 after a battle with lung cancer, was the quintessential civil servant who took his job as South Africa’s auditor-general seriously and threw every sinew of his being into it.

I knew Kimi since our student days at the University of Cape Town in the late 1980s. Three months ago, I had an online conversation with him as part of a distinguished speaker series run by the Wits Business School. The conversation dwelt on his personal and career journeys. This tribute to him and his leadership legacy draws on our conversation and on personal reminiscences of our interactions over the past three decades.

Born and bred in the township of Gugulethu in Cape Town, Kimi was the middle of five children.

He was raised by hardworking and politically conscious parents. He was strongly influenced by his mother Maureen Makwetu, an entrepreneur who hawked meat she sourced from the municipal abattoir in Maitland to “African migrants” who were hostel dwellers, mainly from the Eastern Cape. She entrusted Kimi with looking after the finances of the family business. This planted a seed in him and nurtured his lifelong interest in finance.

He jokingly noted that his mother chose him to handle the business finances because she trusted him, as his middle name Thembekile (“the one who can be trusted”) attested.

Kimi was exposed early on in life to the ravages of the apartheid system. His experience of apartheid, in particular, was shaped by the iniquitous pass laws and “influx control” measures that regulated black lives, especially people’s movements. From childhood, his commitment to political freedom and social justice was deep-seated.

Having attended local schools in Gugulethu – Songezo, Luzuko and Fezeka – Kimi moved to St John’s College in the Eastern Cape in 1982. Established by Anglican Church bishops in 1879, St John’s represented a formative experience for him and influenced his worldview. The school enjoyed a reputation for excellence in natural sciences and it was there that Kimi developed a love for mathematics and science. Above all, St John’s instilled a rigorous sense of self-discipline that served him well in subsequent years.

After St John’s Kimi went to study at the University of Cape Town. It was during this time that I first met him. This was during orientation week in 1989. I was browsing through various sets of political literature at the orientation stalls on the upper campus.

He came up behind me, looked at a pamphlet I was reading and voiced disapproval. I was taken aback, as I did not know him and could not understand why he objected to me reading the pamphlet. It dawned upon me later that his action was not unrelated to the raging battles among student organisations then for the “ideological soul” of the university.

During the 1980s, the place was a hotbed of political ferment, derisively described as “Moscow on the Hill”. It was a theatre of sharp ideological contestations, pitting student political formations aligned to the African National Congress against those affiliated to other liberation movements and organisations, such as the Pan-Africanist Congress of Azania and Azanian People’s Organisation. There were also other stridently assertive political voices such as the New Unity Movement, as well as those representing an assortment of Trotskyist ideological currents.

Kimi was one of the leading lights within the student movement, alongside other stalwarts who would later occupy senior leadership positions in successive post-apartheid governments. Kimi held leadership roles in the Black Students Society, South African National Students Congress and South African Tertiary Institutions Sports Council.

Amid the growing influx of working-class black students, the University of Cape Town was constantly convulsed by protests against academic and financial exclusions, accommodation shortages and institutional cultural problems. During these tumultuous times, Kimi always led from the front, opining, counselling, guiding, cajoling and restraining. He was a member of numerous student delegations that met the university management, led then by Vice-Chancellor Dr Stuart Saunders.

An ardent champion of non-racialism, he was one of the leaders who astutely steered the process of merging the predominantly black South African National Students Congress and the mainly white National Union of South African Students. His political activism extended beyond the university campus and he was, among others, a prominent figure within the Cape Youth Congress.

After he left university, Kimi took up positions in the corporate sector, including accounting firm Deloitte. It was at Deloitte that he completed his articles and sharpened his auditing skills, rising to the position of director in the firm’s forensic unit. His experience at Deloitte exposed him to multiple industries and companies. It also empowered him to understand complex financial statements.

Soon after being appointed auditor-general in 2006, Terence Nombembe approached Kimi and asked him to consider joining his office as his deputy. They had worked together for many years and had built a strong personal and professional rapport. Kimi joined the office in 2007. He cited public interest considerations as central to his decision.

Kimi succeeded Nombembe as auditor-general in 2013. He did well to shape his role in ways that made him a visible champion of public accountability and probity. He also managed to cement the reputation of the office as a beacon of meritocracy and a training ground for ambitious and talented professionals who yearned to make a positive contribution to South Africa.

Although diplomatic in his public pronouncements, he was privately mortified by the pervasive corruption that paralysed governance in the country. He was optimistic that the new powers granted to the office would yield positive results. These powers authorise the auditor-general to take remedial action against corruption, ensure that losses suffered by the state are recovered, and refer certain suspected irregularities for investigation.

Kimi was not oblivious to the dangers of his job and his audit staff were frequently subjected to political intimidation. He recalled how when he was installed as the deputy auditor-general he went to see his father, Vela Makwetu, to break the good news. To his surprise, his father was not overly excited. He warmly congratulated him but quickly cautioned that

when you get better at your job and improve on your disciplines others will feel threatened.

Kimi believed in the importance of strong leadership and in empowering his subordinates to do their work. He took pride in seeing young professionals rise through the ranks and attain a high degree of confidence and technical efficiency. Under his leadership, the stature of the office grew and the organisation produced an enviable talent pipeline. Key to his leadership success was his willingness to create a work environment that prized openness, discipline and engagement.

Kimi was an extraordinary South African. He embodied the values of integrity, selflessness, humility and hard work. He was an exceptional leader who served South Africa with distinction. He was also a fine gentleman with a witty and irreverent sense of humour.

The country owes him a massive debt of gratitude. He had just been appointed to the United Nations’ Independent Audit Advisory Committee. He was also due to receive the University of Cape Town President of Convocation Medal for 2019.

Mills Soko, Professor: International Business & Strategy, Wits Business School, University of the Witwatersrand. This article is republished from The Conversation under a Creative Commons license. Read the original article.