The number of workers employed has actually gone up and the numbers of workers trying to find a job has gone up too. 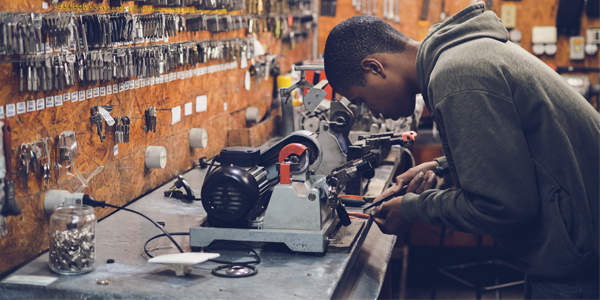 That could possibly be good news, rather than the bad news so many commentators and analysts have been making it out to be.

We should be alarmed at our continually rising unemployment rate, which by the narrow definition had reached 29% in the second quarter of 2019. This is according to the latest employment data released by Statistics South Africa earlier this week. This is the highest level of unemployment we have had since 2008, when the global economy went into a deep recession.

The fact that more than 9.6 million people in South Africa do not have work is the most pressing problem that our society has to deal with. Given the extent and complexity of the problem, and its social ramifications, we should all carefully look at the statistics and understand what is going on, and reach conclusions that are informed by careful consideration of the data.

The announcement of the latest employment data and the rise in unemployment had seen much comment in the press. Unfortunately, most of the commentary has not been based on a careful and considered assessment of the data and the facts. The issue is a serious one and before making pronouncements about why unemployment has increased, we should consider the following facts:

While it is certainly true that the unemployment rate increased from 27.6% to 29% between the first and second quarters this year, it is also true that total employment in the economy has not fallen. Instead, employment increased by 21,000! Of course, creating only 21,000 additional jobs is extremely disappointing but it is important to recognise that the increase in unemployment was not the result of net job losses, which is what a lot of the commentary to date has assumed.

This is what makes the most recent statistics so interesting – the rise in the unemployment rate has been caused by more people wanting to work, not by a fall in the actual number of workers employed. In the second quarter, 150,000 people joined the working-age population (those between 15-64 years old) but strikingly, the economically active population increased by 476,000 – 21,000 of those got jobs, leaving 455,000 additional people unemployed.

Most interesting in the data is the fact that 248,000 of these 476,000 people had previously been discouraged work seekers – those who had given up looking for a job. In our view, the most important thing to understand is why so many people are now suddenly looking for work. What exactly are the developments in the economy that would get a group this large who had previously given up any hope of finding a job to now begin actively looking for work?

We will have to monitor this development closely over the coming months before we can reach any conclusions, but it is an important issue nonetheless. It points to a possibly more nuanced interpretation of the most recent data – the number of workers employed has gone up and the number of workers trying to find a job has gone up too – that could possibly be good news, rather than the bad news so many commentators and analysts have been making it out to be.

There is another interesting development. The net increase of 21,000 jobs is made up of a slight increase of 5,000 jobs in agriculture, and an increase of 114,000 jobs in the informal sector (and offset by job losses in mining, transport, finance and private households).

On the negative side, employment in the formal non-agricultural sector fell by 49,000 and employment in private households (domestic workers, gardeners, etc.) fell by 49,000. The fall in the formal sector and in households is a big concern, but it is interesting that informal employment has grown – why this is the case deserves further research. Across the developing world, with the exception of South Africa, the informal economy provides employment opportunities for a large proportion of workers. In South Africa, a much lower proportion of workers is employed in the informal sector.

South Africa’s unemployment problems are severe, and our policies have to shift the economy on to a path that generates significant numbers of high-quality jobs. It is true that our policymakers have not done enough to address this challenge. It is also true that State Capture has done great damage to our economy and this has negatively affected employment.

Sadly, it is also true that most of the commentary on the most recent employment and unemployment data is not based on a considered view of what the data may be telling us, and there is much more work to be done to better understand what is driving our persistently high levels of unemployment.

David Francis is deputy director of the Southern Centre for Inequality Studies at the University of the Witwatersrand. Professor Imraan Valodia is Dean of the Faculty of Commerce, Law and Management at Wits University. This article was first published in Business Maverick.