Wits University and Anglo American to transform the Johannesburg Planetarium into a world-class digital research, training, and science engagement facility.

Learners, students, researchers, and Joburgers will soon have access to a cutting-edge 360-degree visual experience in the new Wits Anglo American Digital Dome, where they will learn through immersion in multi-dimensional, cross-disciplinary worlds. 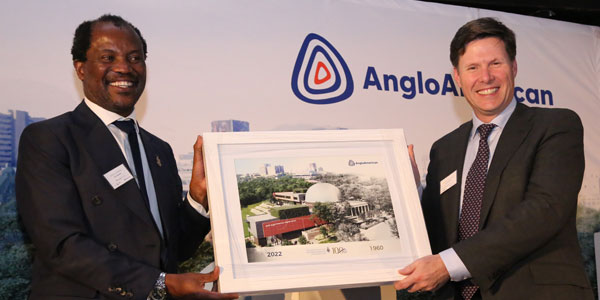 “We are creating a high-tech 360° IMAX-like theatre, just better,” says Professor Roger Deane, Director of the Wits Centre for Astrophysics and the SKA Chair in Radio Astronomy at Wits. Deane has served as Chair of the Digital Dome Working Group, which includes leading AI researchers, scientists, digital artists, and quantum computing engineers. “The Digital Dome will provide an incredible theatre experience, but it will also serve a greater purpose – it will assist researchers across all disciplines to visualise data in a profound way.”

Wits University and Anglo American have partnered to fund the refurbishment, expansion, and digitalisation of the 62-year-old Johannesburg Planetarium into a new, future-savvy, multidisciplinary research, training and science engagement events hub.

Deane adds: “For many researchers across various fields, we feel as if we are drowning in data, which is coupled with the challenge of datasets becoming more complex and more multi-dimensional. A facility like the new Wits Anglo American Digital Dome is a way of honing a more intuitive and immersive understanding of big data, where we will be able to visualise our work, whether it is in teaching anatomy to first-year medical students, visualising the myriad particle showers in the Large Hadron Collider at CERN, exploring the first galaxies in the Universe, or testing new games, built by Wits’ gaming design students.”

Together, Wits and Anglo American have provided R75 million to fund the first two stages of the three-stage project, with the Wits University Council committing R20 million and Anglo American providing R55 million. During the first stage, the existing Planetarium will be refurbished and digitised with a new, state-of-the-art digital projection system, auditorium seating, and a Science and Technology Exploratorium. The second stage sees a north wing expansion for a new suite of operational offices, an exhibition area, as well as a seminar room and meeting space for Digital Dome show planning and design.

In the third and final stage, which is yet to be funded, a new east wing research-focused building will house open-plan office space for visiting multidisciplinary research teams to interface with in-house data visualisation and Digital Dome show rendering experts. It will include a creative studio, film and sound production facilities, to enable Wits to develop much of its science engagement digital content on site. This stage will be integrated with the Wits Football Stadium, and will include a media viewing deck and rooftop event space. Stage 1 and 2 , of the Wits Anglo American Digital Dome, will be completed in 2023 and open to the public in 2024.

Wits’ history is inextricably linked with that of the mining industry and the development of the City of Johannesburg for over 100 years.

Duncan Wanblad, Chief Executive of Anglo American, said: “For a very long time now, supporting equitable access to education has been a priority for us as a business. As one of Africa’s leading Universities, Wits continues to play a vital role in providing access to education, not only to its students but the broader South African public too. The new Wits Anglo American Digital Dome will be a truly world-class and accessible centre that will inspire generations to take an active interest in the science, technology, engineering, and mathematics (STEM) disciplines and the digital arts. I am also delighted that this project tangibly builds on our legacy in Johannesburg by contributing towards the City’s aspirations to become a Smart African City.”

“For the past 62 years, the Planetarium has entertained, inspired and educated hundreds of thousands of learners from all over Gauteng and beyond, who were introduced to the night sky, our solar system, and our Milky Way galaxy through shows at the Planetarium. With the new Wits Anglo American Digital Dome, we hope to continue inspiring people and to expand it through digital technology to other scientific disciplines, from climate modelling, artificial intelligence applications, to new avenues in the digital arts,” says Professor Zeblon Vilakazi, Wits Vice-Chancellor and Principal, who is leading the Wits Centenary Campaign. “We look forward to welcoming members of the public to the opening of the Wits Anglo American Digital Dome in 2024.”