Unveiling of the bust celebrates 60 years of space exploration and human space travel.

Wits University and the Russian Embassy in South Africa celebrated 60 years of human space exploration with the unveiling on Thursday, 21 October, of a bust of Yuri Gagarin, the first man to reach outer space in a spacecraft. 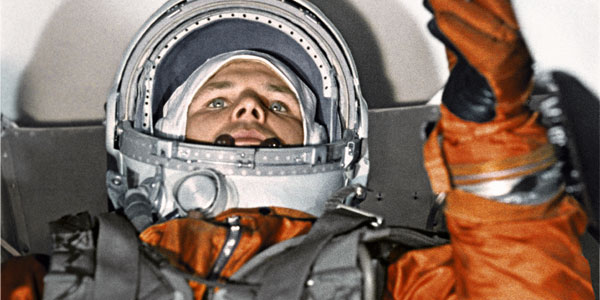 The occasion coincided with a celebration of the 60-year anniversary of the Planetarium at Wits University, where the bust will be on display.

Yuri Gagarin made his – and humanity’s – maiden flight in outer space on 12 April 1961 after launching from the Baikonur Cosmodrome in the USSR. His flight in the spacecraft named Vostok 1 took one hour and 48 minutes after which he returned to Earth’s atmosphere. He ejected as planned at 7000 m and landed near Engels. 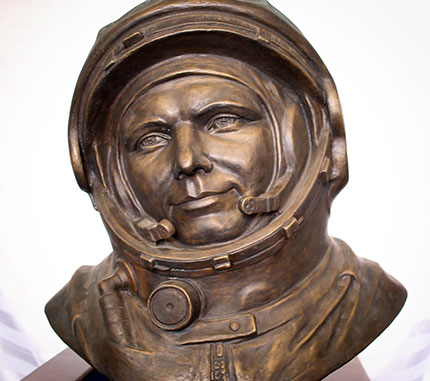 Gagarin’s comment at the time of his launch “Poyekhali!  (Off we go!),” became widely known in Russia and is one of the key milestones in the Space Race between the Soviet Union and the United States, which culminated in the Americans landing on the Moon and the establishment of the International Space Station where global cooperation across all countries became a norm.

“This year we are celebrating the 60th anniversary of Yuri Gagarin’s journey to outer space which took place on 12 April 1961. Today the significance of his extraordinary achievement is still as relevant as it was 60 years ago and, we hope, it will never be forgotten. Preserving the memory – is one of the main objectives of today’s event and it is definitely the most noble one,” says H.E. Mr.Ilya Rogachev, Russian Ambassador to South Africa.

The gift of the statue of Gagarin’s bust was made to Wits University as part of the global campaign dedicated to the 60th anniversary of Yuri Gagarin’s flight to outer space.

Professor Zeblon Vilakazi, Vice-Chancellor and Principal of Wits University said Wits is thankful to receive the bust as a donation from the Russian Federation.

“I believe this donation will inspire many young people to know that the exploration of space is not just the confines of one country, but that it is part of a broader search to explore beyond our latitudes,” says Vilakazi. “Science has no borders. Science is about the exchange of information. This is part of the intellectual, cultural and scientific exchanges between Wits, South Africa and the Russian Federation and I am certain that the Ambassador of the Russian Federation made this kind gesture in the spirit of international cooperation. 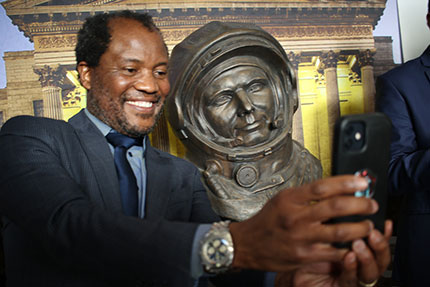 Gagarin’s bust will be on display in the Planetarium at Wits as part of an exhibition on space exploration and the history of the Planetarium. The Planetarium falls under the curatorship of the School of Physics, Faculty of Science at Wits University and will soon see an evolution into a new multifunctional, multidisciplinary Digital Dome under the helm of Professor Roger Deane, Director of the Wits Centre for Astrophysics.

“We have assembled a team ranging from digital artists to artificial intelligence experts, engineers and physicists, with a vision to transform the Planetarium into a cutting-edge digital facility, while building on its proud history which dates back to Gagarin’s historic flight,” says Deane.

“The Planetarium is the place where thousands of school children developed their first impressions of Wits University during science educational tours over the years, and a science engagement facility capturing the imaginations of the general public,” says Professor Deena Naidoo, Head of the School of Physics at Wits University.

“In addition, we look forward to the new Digital Dome which will serve as a new hub for Researchers and Postgraduate training across many disciplines to inspire a new generation of scientists and explorers and broaden our links with the People of the Russian Federation for future collaborations, and the sharing of knowledge and ideas.”