A celebrated composer of choral and traditional music, Professor Mzilikazi Khumalo passed away on 22 June 2021 following a long illness.

Wits University extends its heartfelt condolences to the family, colleagues and friends of the late Professor Mzilikazi Khumalo, a colossal figure in South Africa’s academic, cultural and public landscape.

A celebrated composer of choral and traditional music, Khumalo passed away on 22 June 2021 following a long illness. To the world, Khumalo was a renowned musician. However, to Wits University he was first and foremost an academic who contributed immensely to the development and academic standing of the study of African languages.

Khumalo trained as a teacher graduating with a BA degree majoring in English and isiZulu, and a B.A. Honours from Unisa. He joined the Department of African Languages at Wits as a tutor in 1969 and proceeded to earn his PhD in 1987. Khumalo served a long stint as Professor of African Languages and Head of the Department before retiring in 1998. He also devoted time to music studies including theory and composition under various leading figures in music education and performance like Charles Norburn of Pretoria, Professor Khabi Mngoma of the University of Zululand and Zandi Casan of the University of the Witwatersrand. 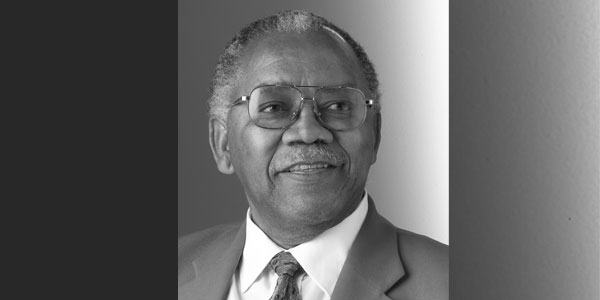 An acknowledged authority in African Languages Literature, he continued to serve as an Emeritus Professor at Wits University post his retirement.

He has left a rich legacy for South Africans through his teachings and music compositions. The distinctive features of Professor Khumalo’s compositions are a deep and seamless weaving of a remarkable range of historical, cultural, literary and musical sources and interests.

1958 marked the completion of his first composition, Ma Ngificwa Ukufa which was followed by the composition of more than 50 epic choral works including the internationally acclaimed African opera, uShaka kaSenzangakhona: An Epic in music and poetry on Shaka, son of Senzangakhona. He has been credited for composing the first African opera and shining the spotlight on the work of Princess Magogo kaDinuzulu – a Zulu princess and composer and artist. He has set numerous poems to music, ranging from foundational writers such as B.W. Vilakazi to contemporary poets such as Professor Themba C. Msimang.

Dedicated to music, he, together with Richard Cock created the Nation Building Massed Choir Festival as a celebration of the singing abilities of the African people. The choral choirs he has been involved with have toured and performed internationally to acclaim.

Professor Khumalo had the honour of serving in the Anthem Committee, a monumental national project that developed the new national anthem of South Africa. His compositions won numerous awards in his lifetime and he was bestowed with the “Lifetime Achievement Award” at the 2007, M-Net Literary Awards, and had a piano concerto composed in his honour, Mzilikazi Emhlabeni, composed by Bongani Ndodana-Green.

Lala kahle Mtungwa – your work will continue to bring joy for generations to come.