Professor Vishnu Padayachee, an outstanding scholar, a renowned economist, a life-long activist, and a dedicated colleague passed away on Saturday, 29 May 2021.

His passing has come as a shock to many who worked with him as a world-class academic and researcher over the last 40 years. A Distinguished Professor at Wits University, Padayachee joined Wits in 2014 and most recently served as the Derek Schrier and Cecily Cameron Chair in Development Economics in the Wits School of Economics and Finance.

Padayachee is highly cited, and renowned for his research in economics, economics history, economic transformation, and development. He had ten books and monographs to his name, about 40 book chapters, 10 book reviews, and almost 110 journal articles. He was regularly invited to speak at conferences around the world and was also widely published in the popular press. 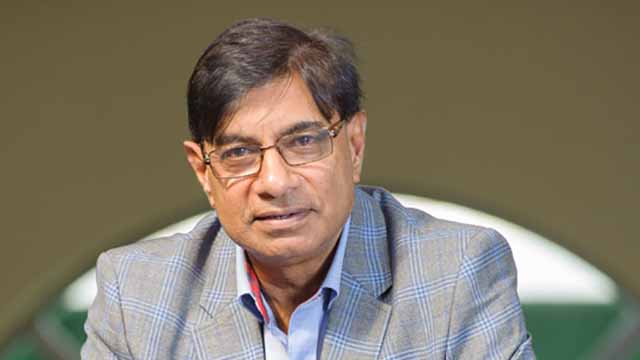 A sought-after supervisor, Padayachee served as a mentor to many postgraduate students. He was currently working with postgraduate students on research related to economic policy debates, macroeconomic and monetary policy issues in post-apartheid South Africa, democratic politics and economic policymaking in South Africa, and business, corporations and society in the Global South in the 21st Century.

Professor Padayachee played an instrumental role in the design of and debates on post-apartheid economic policy. As a young lecturer he worked closely with the democratic trade union movement in the 1980s and served as a member of the Economic Trends group, which provided research support to the union movement. He was a leading member of the Macroeconomic Research Group, which provided support to the mass democratic movement in the early 1990s, prior to the political transition in 1994. In 1995, President Nelson Mandela appointed him to the board of the South African Reserve Bank.

Professor Padayachee’s academic career extends over four decades. He joined the academy in 1977 as a junior lecturer at UDW in 1984. He was then appointed as a Research Fellow at UDW’s Institute for Social and Economic Research, and as a Senior Research Fellow in 1991. Two years later he was appointed as an Associate Research Professor, and in 1995 as a full Research Professor. He served as the Special Assistant to the Vice-Chancellor of UDW in the early 1990s, where he coordinated committees on transformation, democratisation, institutional management design and advancement, amongst others.

His academic expertise was recognised globally, and Padayachee enjoyed visiting fellowships at Johns Hopkins University, the Chr Michelsen Institute in Norway, the University of Cambridge, and the University of Oxford, amongst others.

Professor Padayachee used his academic prowess to inform his social, labour and humanitarian endeavours beyond the classroom. He was a genuine, meticulous human being who impacted positively on the lives of students, colleagues, and South Africans - he transformed society for the better. He was a mentor to many students and colleagues who have gone on to excel in academic institutions around the world.

An avid book and art collector, Professor Padayachee was for many years the co-owner of the iconic Durban second-hand bookshop, Ike’s Books and Collectables. A passionate follower of cricket, he published widely on cricket and served on the Board of the United Cricket Board.

Our heartfelt sympathies are extended to his wife and family, his colleagues, students, friends, and those who knew him well. He has left his footprints on this Earth, and a legacy that will endure for generations. Go gently, Professor Padayachee, you will be missed.