Paleoanthropologists have published a book on the fossils excavated from Sterkfontein Caves for the benefit of the global scientific community.

The book, Hominin Postcranial Remains from Sterkfontein, South Africa, 1936-1995 published in May this year was proposed by the late Dr Charles Lockwood who tragically passed on before taking up a position as director elect for Institute for Human Evolution at Wits in 2009. The book project would have been a collaboration with Professors Carol Ward and Brian Richmond, aimed at making hominin fossils from Sterkfontein better known to the scientific community and more accessible for study worldwide. Ward and Richmond are currently based in the United States.

Dr Bernhard Zipfel from the Evolutionary Studies Institute replaced ‪Lockwood as one of the editors of the book. The writing of the book commenced 10 years ago, following a workshop, which brought together experts on early hominin postcranial anatomy to describe and analyse the Sterkfontein fossils, exchange ideas, and foster innovative and internationally collaborative research. 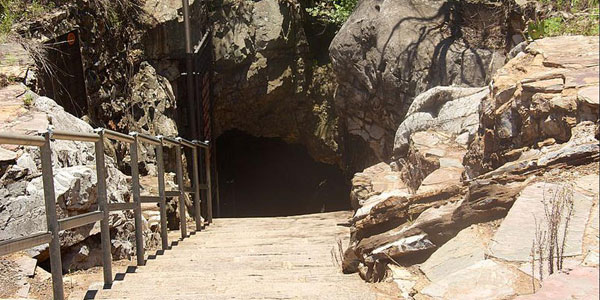 “The participants had a chance to interact with the fossils over several days, describing and comparing them and discussing interpretations and what the fossils tell us about these hominins and how they inform us about human evolution,” says Zipfel. “Ultimately, these participants contributed chapters to this volume, bringing in other experts as authors as well as their work progressed.”

The book adds to the body of knowledge of fossils and evolution around across the world. The contributions from various researchers in the field, students and experts make the book a valuable read and source on human evolution. The chapters include standardised high-quality photographs and anatomical descriptions to allow readers to read the book entirely or learn by comparing features across chapters.

This book is an evolutionary history of South African hominins, and it offers readers an orientation and introduction to the field. The fossils excavated from the Sterkfontein Caves located in Gauteng have contributed significantly to palaeontology studies worldwide. The caves are home to world-famous fossils such as “Mrs Ples”, a 2.1-million-year-old Australopithecus skull, and the more than 3-million-year-old “Little Foot”. The book documents the history of Sterkfontein and through fossils, evolution of humans.

“Sterkfontein represents a very important early hominin locality globally. From a scientific perspective, it is becoming ever more apparent in recent literature and in conferences that variation among hominins is key to understanding the early evolution of bipedality and interpreting how patterns of locomotion relate to the origin of Homo. However, without more formal work on the Sterkfontein fossils, we are ill-equipped to address differences among Australopithecus species,” says Zipel.

The book can be purchased for between R884 (e-book) and R1586 (hard cover) and is available on Amazon.