Choonara, a research fellow in the Wits School of Public Health will fly the South African flag high as the only representative from the country to be appointed as a member of the council. The group will drive and advocate on youth development issues central to the work of young people in the AU and to support the AU Youth Envoy Aya Chebbi.

The 29 year old is no stranger to youth activism, having joined the Ahmed Kathrada Foundation Youth Leadership Programme in 2014 after grappling with issues that continue to face young people and a yearning to contribute in overcoming various social challenges. 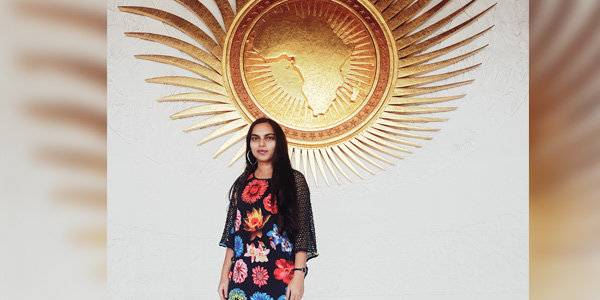 Choonara has been part of global platforms like One Young World, Emerging Voices for Global Health and has most recently been part of the Obama Foundation Leaders: Africa programme for emerging leaders across the continent.

Dr Choonara explains that she looks forward to effectively using this opportunity to help develop future leaders on the continent drawing from her own challenges which have led to her latest appointment. “I know what it is like to come from nothing with just a vision and determination, and that is the drive that has brought me here today, the post is all about giving back to the youth on this continent.”

With a core interest in public health, Choonara has also been listed as the most powerful woman under the age of 40 in South Africa by Destiny Magazine as well as making it to News 24’s 100 young Mandelas of the future list which was launched earlier this year.

She was appointed in the African Union Youth Advisory Council last month by the African Union Commission where she will be joined by young leaders from Tanzania, the Democratic Republic of Congo, Benin, Mauritiana, Uganda, Senegal and Chad.