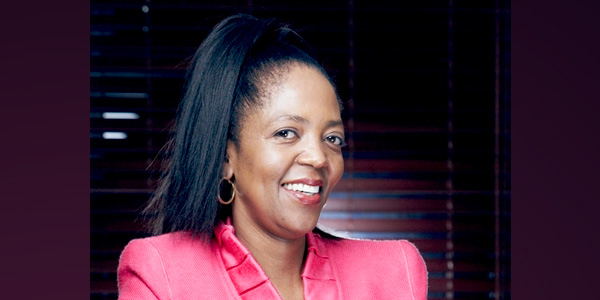 The University of the Witwatersrand is proud to announce that Dr Judy Dlamini has been duly elected as the new Chancellor of the University, a position that she will take up from 1 December 2018. She takes the reins from Justice Dikgang Moseneke, who has served for two six-year terms in this position.

“It is an honour and a pleasure to be elected as the Chancellor of the University of the Witwatersrand, one of the most prestigious universities on the continent. I would like to thank Convocation for its confidence in me. I look forward to working with all sectors of the Wits community,” says Dr Dlamini.

A medical doctor by training Dr Dlamini is a leading businesswoman, entrepreneur, author, and philanthropist. Her major attribute is creating and adding value to society and humanity. The Founder and Executive Chairman of the Mbekani Group, Dr Dlamini has worked in different sectors of the economy using her diverse skills sets and degrees in different subject areas. Her MBA qualification from Wits University enabled her to change careers and to move into the corporate arena. Dr Dlamini also holds a Doctorate in Business Leadership and an Innovation and Entrepreneurship Certificate from Stanford University. Read the biography below or an in-depth interview in the Wits Review.

“The University is privileged to have Dr Judy Dlamini serve as the Chancellor of one of the leading institutions on the African country. She is a public figure of very high distinction and personal calibre and reflects the University’s commitment to intellectual integrity and academic excellence,” says Professor Tawana Kupe, Acting Vice-Chancellor and Principal of the University of the Witwatersrand.

The Chancellor of the University is elected by its Convocation, which according to statutory stipulations, comprise of the following members: All graduates; full-time academic members of staff; Professors Emeriti; the Vice-Chancellor and Principal; the Vice-Principal, Deputy Vice-Chancellors; the University Registrar; retired academic employees who were on the permanent staff in continuous employment at Wits for not less than 10 years immediately prior to retirement.

Dr Judy Dlamini a medical doctor by training is a leading business woman, entrepreneur, author, and philanthropist. Her major attribute is creating and adding value to society and humanity. Judy has worked in different sectors of the economy using her diverse skills sets and degrees in different subject areas.

After practising as a medical family practitioner for many years, she specialised in Occupational Health and consulted for different companies. Her MBA qualification from Wits University enabled her to change careers. She worked for HSBC Investment Bank, at the Johannesburg office in the Corporate Finance division.

She holds an MBChB from the University of Natal, a Doctorate in Business Leadership from UNISA, an MBA from Wits University and an Innovation and Entrepreneurship Certificate from Stanford University.

Dr Dlamini is Founder and Executive Chairman for Mbekani Group that celebrated 20 years in business in 2016. She is the former Chairman of Aspen Pharmacare Limited (Aspen) a JSE-listed South African pharmaceutical manufacturer and distributor. The group has operations and investments in different sectors of the economy. Previous other board appointments include Anglo American plc, Discovery Holdings, and Woolworths Holdings.

She is a published author of ‘’Equal but Different”, which was a bestseller for several weeks.

She is the recipient of the African Economy Builder Lifetime Achiever Award for 2016 and holds several other awards. She will be receiving an honorary doctorate from the Nelson Mandela University in 2018.

She is the co-founder and trustee of the Mkhiwa Trust, a Public Benefit Organisation that the family uses for social investment.