Is it time to free the apartheid archives?

The apartheid archives hold many truths about the country’s past. After more than 20 years of democracy, and with drastic system changes in the country, apartheid state records are still kept from the public.

Civil society activists and groups play a pivotal role in the call to free the apartheid state records and to promote accountability and transparency, says ANC Veteran and former Minister of Intelligence, Ronnie Kasrils.

“It is the duty for us all to build this civil society and to make it so strong that no government can simply get away with the kind of things that have been happening,” says Kasrils. “There is a civil society issue at task, there is this question about the declassification of all documents pre-1994, and there is a proper balance between public interest and the state’s need for sound government security.”

Kasrils was talking at an Archives and Democracy Colloquium at Wits University last week, where he delivered the keynote address on the context of the apartheid archives with Yasmin Sooka, Director of the Foundation for Human Rights. 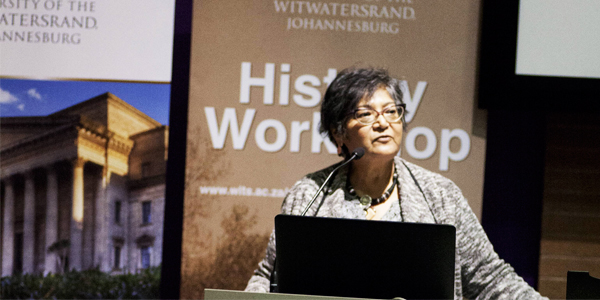 Themed Is it time to free the apartheid era archives? Promoting open and transparent public record keeping for a democratic South Africa, the one-day Colloquium, aimed to create public awareness about the urgent need for open and transparent regulation of the records of the apartheid era, and to promote initiatives in the interest of sound public record keeping.

Kasrils questioned why the apartheid archives are still kept a secret today, when other countries have declassified all past security records. The declassification of these records reflects the culture of secrecy and non-transparency from the previous government, which has trickled down to democratic state. Kasrils believes the records would help unravel the mysteries of our past.

Speaking on the importance of information from – and access to – the archives in ongoing investigations, Sooka used examples of the Truth Commission where they struggled to get access to the apartheid records, where the documents were not only essential for gaining information and knowledge about what happened, but are essential in finding closure for families of victims of state violence, said Sooka.

“We are living in a society where the constitutional goals are transparency and openness, but what we are hampered on are elements of the state whose tendencies are around secrecy – ‘the need to close down and hide some documents’,  and I think it is an intelligence mindset that was there in the minds of the former government,” she said.

“The conversation we are having today, to resolve these issues is quite critical. People are dying, and if we want to bring these matters to fruition, it is necessary that we retrieve the archives, which are necessary for us to finalise the work which has dealt with the transition of apartheid to democracy.”

The way forward: Liberating the archives

The intricate details of South Africa’s history are still unknown to many seeking to understand and document the apartheid era. The battle to open the apartheid state records continues with concerted efforts to legislate full declassification of these records, in order to pave the way for an open engagement with apartheid history through the records of its various state departments.

Civil society activists convened for a panel discussion at the end of the colloquium to chart an agenda for liberating the archives.

Echoing Sooka’s remarks on the importance of archives for gathering information and investigations, Huffingtons Post’s Ferial Haffajee said she understood the value of archives during her early days as a young journalist. According to Haffajee, we recreate past injustices in the present because we have failed to fully excavate our past, therefore the need to free the archives.

Good whistle blowers who constantly seek to bring truths to the public need to be incorporated in the plan to liberate the archives, while challenging the securitisation of the state, said panelist, Karabo Rajuili from the amaBhungane Centre for Investigative Journalism.

“Until we do get the archive free, we need to be open to other means and other mechanisms in order to get the information (not being revealed to the public). One of them is ensuring that whistleblowers are seen as valuable and democratic agents and ensuring the discourse of what the work of whistleblowers is. There is a strong need for the public and civil society to really stand up for whistleblowers,” she said.

Sharing Rajuili’s sentiments on mobilisation, Hennie van Vuuren, author of Apartheid,Guns and Money: A tale of profit, said public support needs to build around the apartheid archive,  for those who are curious about its contents.

“There is a curiosity amongst many people.  There is an interest in what the apartheid archives represents, both in itself and in promoting the idea that we need to liberate this archive. We need to make it accessible both domestically and internationally – that would be a starting point.”

Van Vuuren said these archives also relay our history as South Africans.“Liberating the archives is a way of telling our stories that Archives have real meaning and value to us. They really do tell our story as a country.”

Right to Know activist, Dale Mckinley, proposed an integrated multi-tactical approach which includes efforts from various constituencies and suggested a declaration for open support for access to archives, public ownership of the archives and new legislation.

“Let’s bring on journalists, let’s bring on amaBhungane, let’s bring on NGOs and community organisations and social movements. People should stop being afraid of working with each other. Stop the “silo-isation” of civil society, which is the biggest enemy of all these things.”

The event was hosted by the  History Workshop at Wits, celebrating its 40th anniversary this year, and the Wits Historical Papers Research Archive, together with SECTION 27 and Public Affairs Research Institute (PARI).