Four new papers on different aspects of the anatomy of Homo naledi have been published, and more papers are coming soon, all led by early career researchers.

This has been a great couple of weeks for our team researching the Rising Star fossil discoveries. 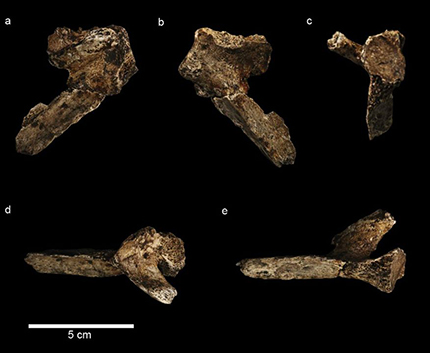 We are looking back on the close of the first field expedition three years ago, and the Journal of Human Evolution has just published four new papers describing different aspects of the anatomy of Homo naledi, including the skull, leg, and upper limb. More new papers are coming soon, all led by early career researchers.

I want to take a moment to recognize the outstanding work and to talk about some lessons we have learned in this process.

When we designed a plan to analyze the fossils by involving many early career scientists, we faced many doubters. Some expressed their concerns in public, others spoke with us privately. There was one common thread: Surely with such an important discovery, we should only allow the best, most experienced experts to study the fossils. How could scientists early in their careers possibly match the quality of work attained by experts who have been studying fossils for more than 40 years?

From the beginning this so-called concern was laughable. Forty years ago, when today's most senior experts got their start, it was because Mary Leakey, Richard Leakey, Clark Howell (and again Clark Howell), and others invited students and young researchers to join their work describing new hominin fossils. Somehow people have forgotten our field’s history.

Experimental science engages people at every career level. When you look at astronomy, at high-energy physics, at genomics, at clinical research, you see enormous energy and expertise developed by graduate students, postdocs, and emerging principal investigators (PIs), who work as teams to develop the newest techniques.

Description of fossils is a technical exercise, and today we employ a range of methods that did not exist 40 years ago. This is not an art: what makes it credible is not whether you are an old master, but whether other people can see and replicate what you have done. Twenty skilled sets of eyes beat one set every time. 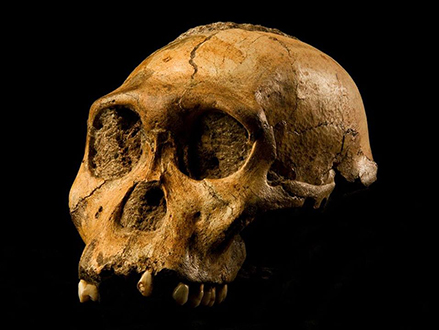 We did not start the Rising Star work from zero. After discovering and describing A. sediba, Lee began to broaden the pool of experts, including many early career scientists, both South African and international researchers. Over five years, they published a remarkable 15 papers in Science and Nature, seven led by early career authors. Many of them would become core members of the team for Rising Star.

From there, the Rising Star Workshop was an easy leap, bringing people together for five weeks to build the most detailed formal diagnosis of a new hominin species ever published. They put in more than 10,000 hours of work in the laboratory, building a more complete record of the anatomy of H. naledi than we have for any extinct hominin population other than the Neanderthals.

The evidence changed the way our team thought about the function of fossil anatomy and the course of the evolutionary process. So after running the marathon of diagnosing the new species, they signed up for the Ironman triathlon. They submitted a series of manuscripts, all led by early career researchers, to the premier, most highly-cited and respected trade journal in the field of anthropology, the Journal of Human Evolution. No one in the field would dispute that the editorial board and reviewer panels of JHE have the highest scientific rigor. These papers have been as strongly vetted as any research ever published in paleoanthropology.

I emphasize this point because a few critics have said we are “rushing the science,” saying that no one can understand a fossil sample without many years of secret research.

This is a false choice. Great research programs do last years, and ours undoubtedly will continue for decades. But great research programs submit incremental work to the broader inspection of the scientific community through publication and review. Artists may work on a masterpiece in secret for years, but scientists do not.

We are moving forward on a solid foundation, now approaching 400 pages of peer-reviewed research in some of the highest-impact journals in general science and in the field of anthropology. All of this research has been conducted within three years after the initial discovery of the Dinaledi Chamber. The papers on H. naledi have already been cited more than 140 times. With the data now accessible to the public, other scientists and students have replicated our work in classrooms all over the world. 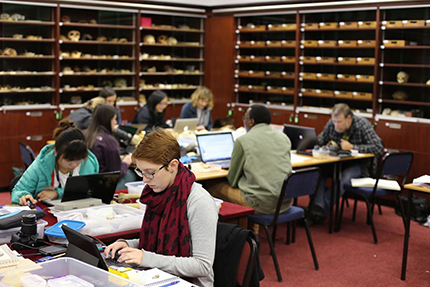 One of the biggest winners in this process has been the National Research Foundation of South Africa, which provided much of the funding for the Rising Star Workshop. Comparing cost to output, the workshop is already one of the most productive investments in the history of paleoanthropology, and it will continue to pay dividends. In 2014, NRF recognized our team with its award for Team Science. Earlier this year, the Wenner-Gren Foundation helped to fund a workshop led by our early career scientists working on the Dinaledi dental remains, including a new group of senior and early career scientists. Funding organizations are recognizing that this experimental model is the right one to produce great science.

It is also right for boosting careers. At least four of our early career participants have been promoted to tenured positions, at least seven have moved into new tenure-stream jobs. Since the project began, six students have moved into new postdocs, and three have moved into other non-tenure-stream research or teaching positions. We began with 14 students, 10 have defended their PhDs. Those already in tenure-stream positions have achieved enormous public impact for their work. In this South African-led project, it is important that the South African participants have achieved these career outcomes as successfully as the international scientists, and many of the international scientists have committed to continuing research partnerships in South Africa or have relocated here.

We selected scientists with a demonstrated record of research, who were already successful by any standard, so some of the positive outcomes would have happened to them anyway. But I think it is obvious that universities and institutions are making new investments in these scholars because they are poised to lead the next generation of human evolutionary science. Their accomplishments together are showing the way forward.

What works for the early career participants also has worked for the more senior members of the team. Some have won promotion to full professor or to distinguished professorships, many have received prestigious awards and grants, and all have seen a tremendous outpouring of interest from the public. They have increased the profile of paleoanthropology within the scientific community, and that new profile will lead to greater research support for the field. For me, the chance to work with this team of brilliant scientists, getting to know the future stars of human evolution, has been an honor.

This is a time to celebrate success. The Rising Star discoveries have yielded some real surprises for understanding human evolution, and the work continues to reward us with new insights.