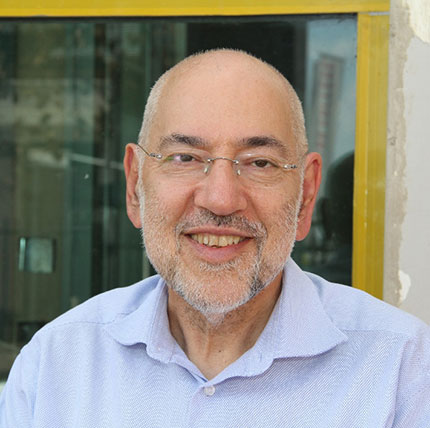 Wits University’s Joburg Centre for Software Engineering (JCSE) has launched its JCSE Skills Survey 2016 in the South African information and communications technology (ICT) sector. The survey is part of the JCSE’s continuous effort to create a meaningful representation of South Africa’s ICT skills landscape and provides an outline of the current skills priorities and gaps in the sector.

Adrian Schofield, the JCSE’s manager of Applied Research and author of the report, says South Africa continues to fall behind its African peers while the state of the local economy sees the sector’s clients cut back their own expenditures. He adds that the lack of improvement in South Africa’s basic education remains a major concern. “Exposure to and familiarity with ICT for all learners is essential. Some laudable initiatives have appeared, such as the use of tablets in Gauteng schools, but they have yet to reach a sustained, critical mass for all grades of learners.”

Trends in technology adoption place increasing emphasis on ICT sub-sectors such as cloud; big data/analytics; mobile; security and the “Internet of Things”.  The 2016 survey once again identifies six leading priorities for managers of ICTs, with Information Security emerging as the clear leader, followed by Network Infrastructure, Software as a Service/Cloud Computing, Database Development and Application Development. Owing to its growing profile, the report separated sixth place Big Data/Internet of Things from the Business Intelligence/ Knowledge Management category, which now appears in seventh place.

“Many of the characteristics of the global ICT sector that were mentioned in our 2014 report remain true in 2016,” Schofield explains. “What were then emerging technologies, such as cloud computing and the Internet of Things (IoT), have become mainstream and the issue of cybersecurity has risen to top-of-mind for many senior executives.”

In the report, the JCSE says technology developments have reached the stage of being referred to as ‘The Fourth Industrial Revolution’, signalling the disruption of business models and labour dynamics. While the introduction and increased use of new technologies will inevitably reduce the demand for labour used for white-collar roles and repetitive tasks, there will be a converse demand for the specialised skills that create, implement and maintain these new technologies. Schofield says the message to decision and policy makers seems clear. “There is an immediate unsatisfied need for skills in the ICT sector that is only going to get worse in the medium and long term. Significant and sustained investment in education and training is required to have any hope of alleviating the skills gap.”

Professor Barry Dwolatzky, Director of the JCSE, says previous editions of the survey referred to the optimism of potential growth in the African economy and the opportunity for investment in ICTs to fuel growth. “There continue to be hopeful signs that the potential can and will be fulfilled. IBM has opened its second Research Laboratory on the continent, at the Tshimologong Precinct in Braamfontein, Johannesburg. SAP has achieved remarkable success with is Africa Code Week events, and Amazon which has run a development centre in Cape Town since 2004, has opened an office in Johannesburg,” says Dwolatzky.

Despite some positive developments, the report notes that political turmoil continues to bedevil the lives of many Africans, often exacerbated by the effects of floods and droughts, while in South Africa the economy shows worrying signs of sliding into a recession. Similarly, political uncertainty and poor leadership are having a negative impact on many sectors. As an example, the report cites a failure to implement vital projects in the ICT sector, such as the switch to digital terrestrial television services and the implementation of the national broadband network. “Our view is that the ICT skills gap in South Africa is a reality that continues to haunt the country’s ability to lift its performance across all sectors to the level that will sustainably address the unacceptable burdens of poverty and unemployment,” Dwolatzky adds.

form a cohesive and coordinated team in order to meet and overcome challenges and address the skills gap. “We urge all stakeholders to take the opportunity to translate the policy into capacity-building by ensuring that coordinated skills development provides the building blocks for creating the dynamic, sustainable ICT sector that will support the growth of South Africa’s economy and the improvement in the lives of all who live here,” concludes Schofield.