Humans and elephants both knock down trees, but not for the same reasons

Humans and elephants both have the power to transform their environments. Global Change Institute researchers compared how these two very different animals impact trees in the savannah, to understand the long-term impact on African ecosystems.

Dr Penny Mograbi, a Rhodes University post-doctoral research fellow and alumni of the Global Change Institute (GCI), shows the effects of humans and elephants on treefall in the savannah in a recent Ecography paper.

Mograbi’s team of researchers looked at human and elephant impacts on their ecosystems as important ecological forces acting on trees in the savannah. They found that humans and elephants both bring down all heights of trees, from small saplings to very tall trees, but there are crucial differences in how many trees humans and elephants push over, and where it occurs.

How do humans and elephants affect trees in the ecosystems where they live? Both have a long-term effect on the ecosystem, says Dr Penny Mograbi.

“Elephants tend to knock over trees in areas that have higher soil nutrients, or areas around water sources,” Mograbi says. “On the other hand, treefall by human hands is influenced by socioeconomic factors and how humans expand their settlements.”

Although elephants fell more trees than humans, they do not ‘consume’ the trees by removing the wood from the environment as humans do to burn it for fuel or to build houses.

Using a laser sensor carried by an aircraft called a Light Detection and Ranging (LiDaR) system, researchers could map the savanna woodlands in three dimensions, enabling accurate height measurements of all the trees that the aircraft flew over.

“Using LiDAR in 2010 and again in 2012, we tracked the change in tree height in these landscapes,” says Mograbi. “We found key differences in how humans and elephants interact with the trees.”

When she started her PhD in 2012, Mograbi was on the ground measuring trees at the same time the LiDaR system was flying overhead to ensure accurate tree data.

Working on the ground had its challenges and rewards; in areas where humans were felling trees she and her team were surrounded by woodcutters and herdsmen with their cattle.

When she was measuring trees in national parks she had different company. “We had a wildlife ranger with a rifle and he would keep watch while we were busy getting tape measures around trees,” she says. “At one point we had to tiptoe past a large herd of elephants with all our gear after a very long day at work.”

Looking to the future, Mograbi intends to dig deeper into how humans affect the savannah ecosystem.

The big question is how does the savannah, where humans are felling trees and affecting tree sizes, regenerate over time? By looking at humans as components of ecosystems, she hopes to tease apart this sort of complex human-environment interaction.

Mograbi’s paper was also packaged for Science Journal for Kids in an article called Who knocks down the most trees – humans or elephants?

A platform for our academics, postdoctoral researchers and postgraduate students to voice their opinions. 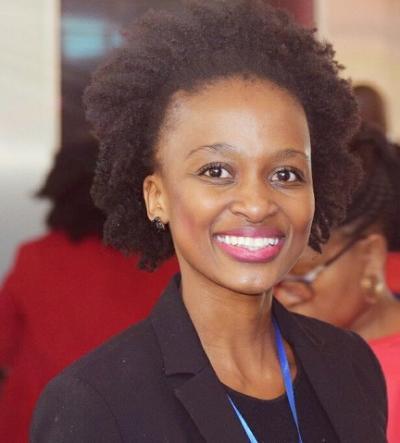 The Mandela Washington Fellowship is a six week leadership programme that targets African leaders who are committed to making meaningful change in their communities.

Prof Barend Erasmus and Prof Bob Scholes attended the IPBES workshop for the thematic assessment on land degradation and restoration in Rome.